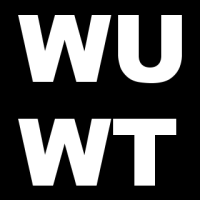 Uranium and other radioactive materials, such as caesium and technetium, have been found in tiny particles released from the damaged Fukushima Daiichi nuclear reactors.

This could mean the environmental impact from the fallout may last much longer than previously expected according to a new study by a team of international researchers, including scientists from The University of Manchester.

The team says that, for the first time, the fallout of Fukushima Daiichi nuclear reactor fuel debris into the surrounding environment has been “explicitly revealed” by the study.

The scientists have been looking at extremely small pieces of debris, known as micro-particles, which were released into the environment during the initial disaster in 2011. The researchers discovered uranium from nuclear fuel embedded in or associated with caesium-rich micro particles that were emitted from the plant’s reactors during the meltdowns. The particles found measure just five micrometres or less; approximately 20 times smaller than the width of a human hair. The size of the particles means humans could inhale them.

The reactor debris fragments were found inside the nuclear exclusion zone, in paddy soils and at an abandoned aquaculture centre, located several kilometres from the nuclear plant.

It was previously thought that only volatile, gaseous radionuclides such as caesium and iodine were released from the damaged reactors. Now it is becoming clear that small, solid particles were also emitted, and that some of these particles contain very long-lived radionuclides; for example, uranium has a half-life of billions of years.

Dr Gareth Law, Senior Lecturer in Analytical Radiochemistry at the University of Manchester and an author on the paper, says: “Our research strongly suggests there is a need for further detailed investigation on Fukushima fuel debris, inside, and potentially outside the nuclear exclusion zone. Whilst it is extremely difficult to get samples from such an inhospitable environment, further work will enhance our understanding of the long-term behaviour of the fuel debris nano-particles and their impact.”

The Tokyo Electric Power Company (TEPCO) is currently responsible for the clean-up and decommissioning process at the Fukushima Daiichi site and in the surrounding exclusion zone. Dr Satoshi Utsunomiya, Associate Professor at Kyushu University (Japan) led the study.

He added: “Having better knowledge of the released microparticles is also vitally important as it provides much needed data on the status of the melted nuclear fuels in the damaged reactors. This will provide extremely useful information for TEPCO’s decommissioning strategy.”

At present, chemical data on the fuel debris located within the damaged nuclear reactors is impossible to get due to the high levels of radiation. The microparticles found by the international team of researchers will provide vital clues on the decommissioning challenges that lie ahead.

Reference: The paper ‘Uranium Dioxides and Debris Fragments Released to the Environment with Cesium-Rich Microparticles from the Fukushima Daiichi Nuclear Power Plant’ is being published in Environ Sci Technol. 2018 Feb 13. doi: 10.1021/acs.est.7b06309.

Energy is one of The University of Manchester’s research beacons – examples of pioneering discoveries, interdisciplinary collaboration and cross-sector partnerships that are tackling some of the biggest questions facing the planet. #ResearchBeacons