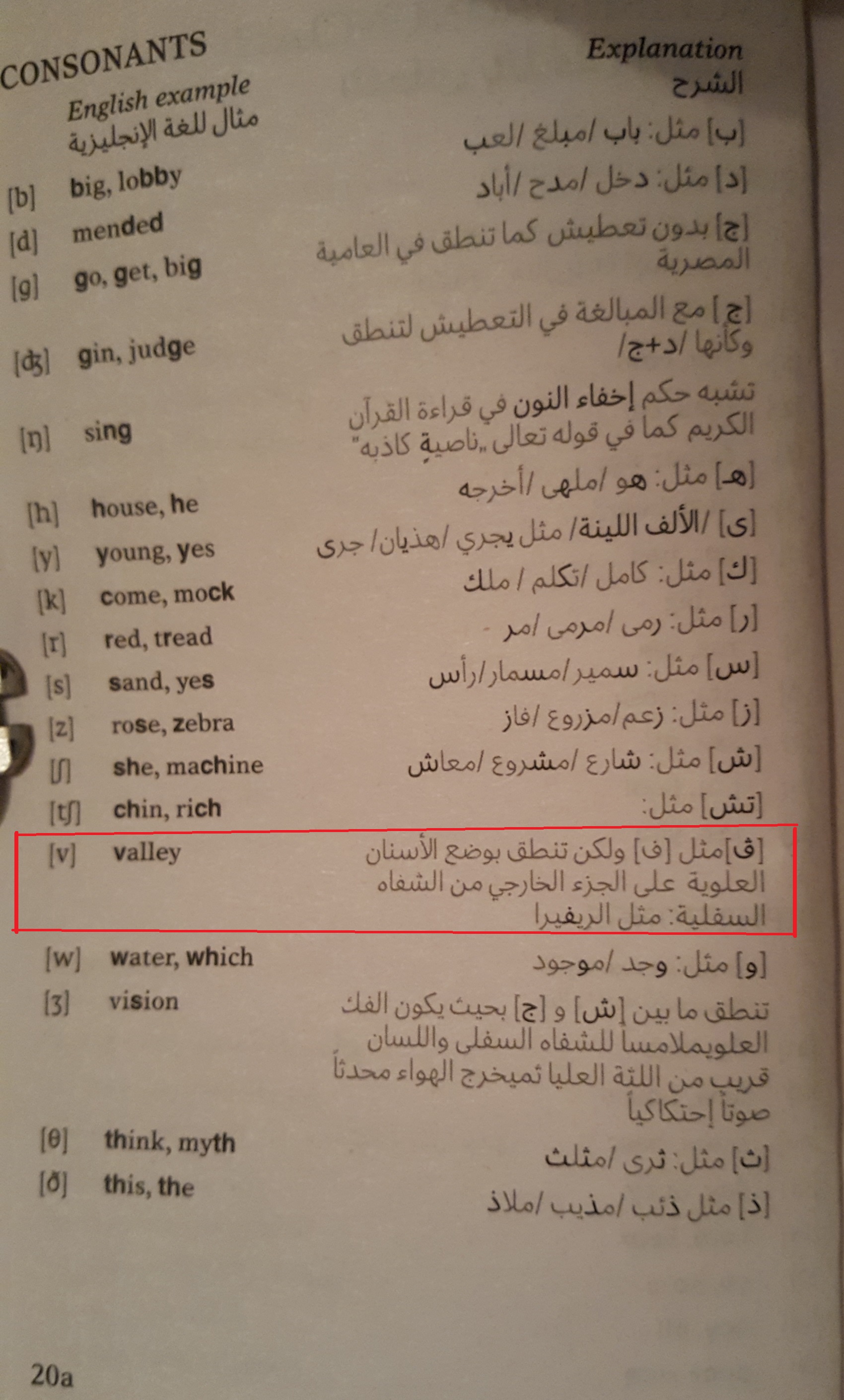 Wikipedia on V and P sounds in the Arabic Phonology: “/p, v/ are not necessarily pronounced by all Arabic speakers … The use of both sounds may be considered marginal and Arabs may pronounce the words interchangeably“

One thought on “Sound V in Arabic”