Guido has been tracking the You Gov polls on public confidence in the media during CV. It has been steadily collapsing, and now lies at an incredibly low 23%, while disapprovals have risen to 48%.

In my view, the coverage by most of the media has been utterly scandalous, consistently running the country down, to the extent that those living abroad think we’re some sort of basket case.

As a prime example of the disgraceful coverage is this from the far left BBC:

Unsurprisingly then, the BBC’s rating amongst the public is truly dreadful: 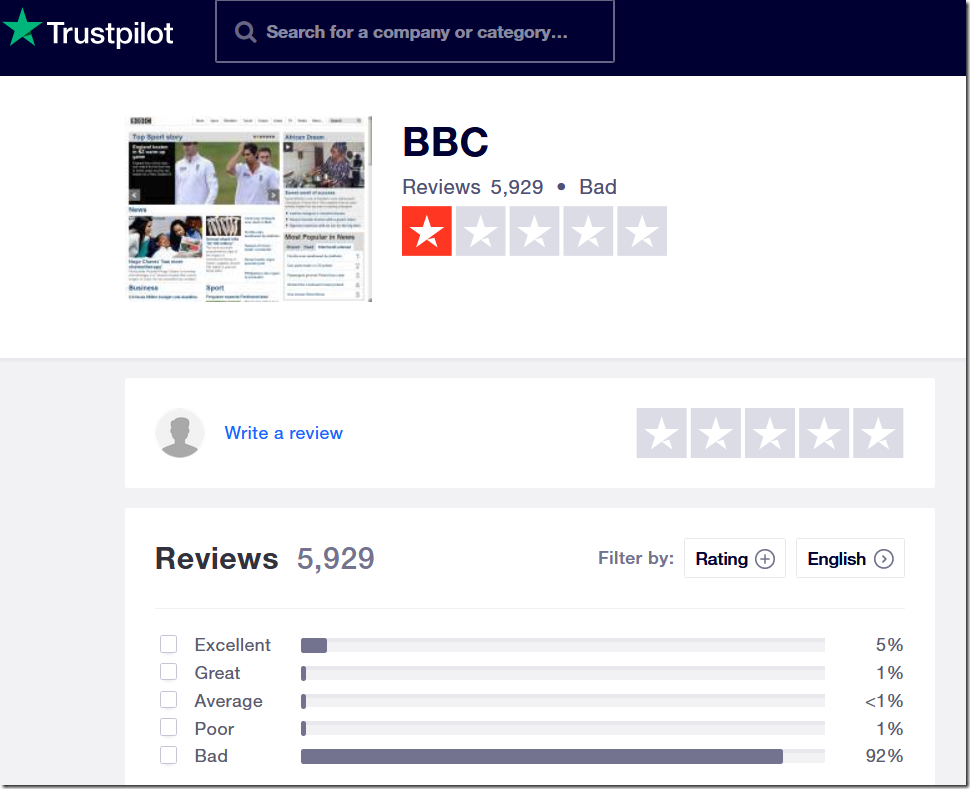 None of this antipathy is new, of course, and I would encourage others to leave reviews on the Trustpilot link.

I also understand from Guido’s post that the Telegraph and others are pulling out of the ABC, which reports on newspaper circulation figures. Apparently the Telegraph’s reader numbers are that dire!

It has become abundantly clear in recent years that the media’s coverage of a whole range of topics has been woefully poor, often because of a reliance on young, inexperienced hacks. I don’t think I am giving away any secrets when I say that Christopher Booker was appalled by much of the childish reporting in the Telegraph, not to mention the juvenile sub editors he was lumbered with.

Nowadays people are beginning to realise that they can get much more informative comment and analysis on the internet.