Today, I made the chart below using the data from the Japan Meteorological Agency(JMA). 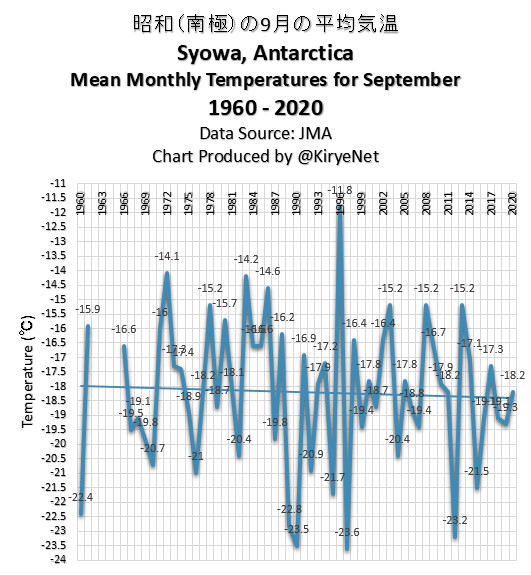 As you can see, Syowa Station, which is a Japanese research station, East Ongul Island in Antarctica, has shown a cooling trend for September since 1960.

The September data since 1960 at that location clearly show the exact opposite of alarmist expectations.