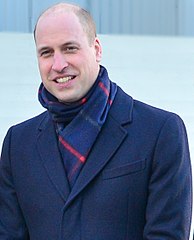 We’re in the realms of vague waffle here. Where the climate fits in to anything he says is a mystery, in this report at least. Anyway, who is interested in yet another jet-setting promoter of a so-called ‘great reset’ that boils down to yet more restrictions on lifestyles — for the many, but not the favoured few like him?
– – –
Prince William is calling for humanity to “reset our relationship with nature and our trajectory as a species” in a bid to avoid a climate disaster, reports Sky News.

In a special video message broadcast at the Conservation International Gala in the US, the Duke of Cambridge said the next decade would be “one of our greatest tests”.

He said the most vulnerable people around the world “and those who have done the least to cause climate change” would be the worst hit.

The royal urged those present to take their lead from the millions of young people who are trying to solve the global crisis.

“All of us, across all sectors of society, and in every corner of the globe, must come together to fundamentally reset our relationship with nature and our trajectory as a species,” William said.

“I truly believe that humans have an extraordinary capacity to set goals and strive to achieve them. The remarkable development of the COVID-19 vaccine in record time is a case in point.”

In October last year, the duke launched the Earthshot Prize – an ambitious Nobel-style environmental award with a £50m prize fund to recognise and celebrate ideas and technologies that can target the climate crisis.