World Meteorological Organization report reveals the state of the climate in 2020.

The WMO report, which included contributions from an extensive network of partners including the Met Office, also highlights impacts on socio-economic development, migration and displacement, food security and land and marine ecosystems.

Globally, 2020 was one of the three warmest years on record, despite a cooling La Niña event. The global average temperature was about 1.2° Celsius above the pre-industrial (1850-1900) level. The six years since 2015 have been the warmest on record. 2011-2020 was the warmest decade on record.

WMO Secretary-General, Prof. Petteri Taalas said: “It has been 28 years since the World Meteorological Organization issued the first state of the climate report in 1993, due to the concerns raised at that time about projected climate change. While understanding of the climate system and computing power have increased since then, the basic message remains the same and we now have 28 more years of data that show significant temperature increases over land and sea as well as other changes like sea level rise, melting of sea ice and glaciers and changes in precipitation patterns.  This underscores the robustness of climate science based on the physical laws governing the behaviour of the climate system.

António Guterres the UN Secretary-General added: “This report shows that we have no time to waste.  The climate is changing, and the impacts are already too costly for people and the planet.”

But what is this “extreme weather” that has been caused by global warming?

1) There is no trend in hurricanes, and last year hurricane frequency was below average:

And even NOAA admit:

"In summary, it is premature to conclude with high confidence that increasing atmospheric greenhouse gas concentrations from human activities have had a detectable impact on Atlantic basin hurricane activity”

2) The number of US tornadoes was below average last year: 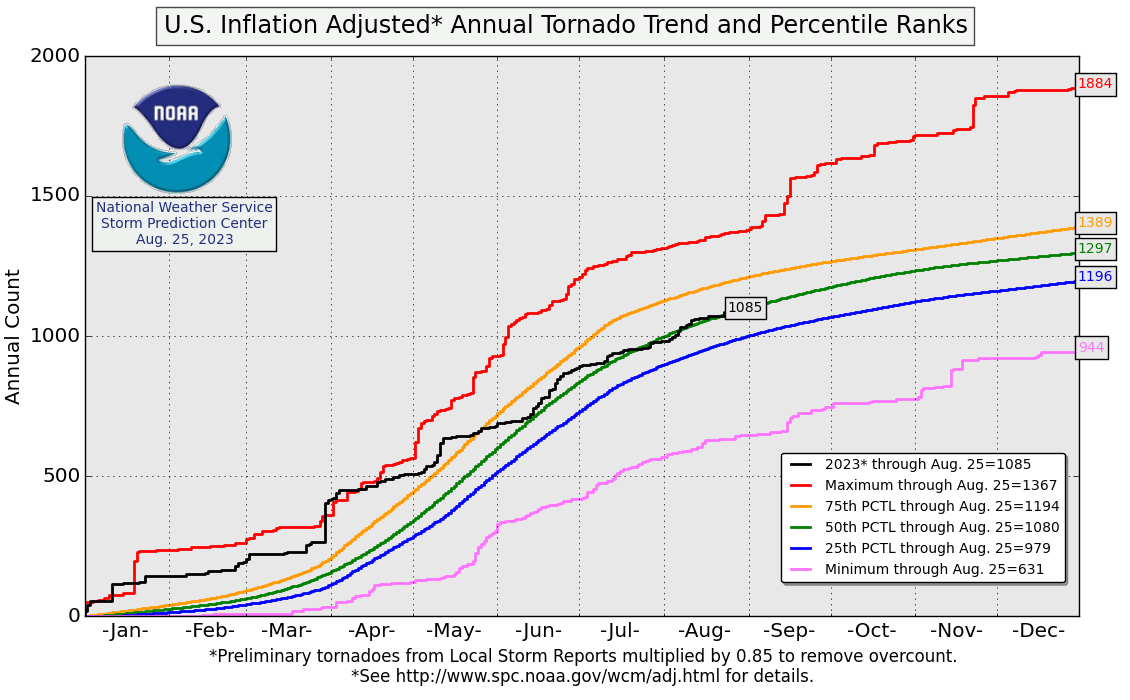 3) Sea levels are rising at the same slow rate as they have since the 19thC, indicating that glaciers are not melting any faster than before:

5) And extreme poverty has fallen sharply since the 1990s, due to socio-economic development:

In fact, the climate is not getting worse, as the Met Office would like you to think. Shame on them for promoting such a lie.