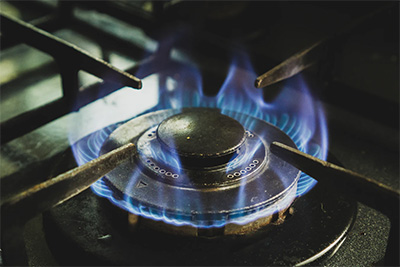 Victorians building new homes will be denied the choice to pick their preferred heating  and cooking appliances in the hope that this will stop storms and droughts for their great grandchildren.

As household prices rise, the money that could have been used for holidays, health, or education will be used to enrich a few corporations and make a small percentage of the population feel important and calmer.

If only the low carbon revolution was clean, green and cheap, no one would have to ban anything.

Gas appliances including heaters, hot water services and cooktops would be phased out under a proposed moratorium on new gas connections to Victorian households to help the state achieve its 2030 target to cut carbon emissions by up to 50 per cent.

Victorians are the nation’s biggest users of natural gas for heating, hot water and cooking due to the state’s historically cheap and plentiful supply piped in from Bass Strait since the 1970s.

“I love cooking on gas too, but there are certain luxuries that we are going to have to abandon if we are serious about climate change,” City of Yarra mayor Gabrielle de Vietri said.

Even though unreliable energy will “theoretically” fill that void (and raise those prices), what are the odds Victoria will just have to build new gas plants to make electricity? Instead of piping gas to homes and burning it there, gas will be burned at distant plants and converted to electricity, which will be transported miles.

First they came for Coal, and the Gas industry didn’t protest…

The Gas Industry was happy to see their competitor coal hit by unscientific weather-blame. They thought they could profit and the mob would be kind to them. But the wave of pagan angst rolls on. Now the gas industry bleats that they are too necessary to cancel. This was all so predictable as the tribal chiefs pick off one group after another.

Scientists and CEO’s in the gas industry could have spoken up to defend coal, science, and our electricity grid. Though it’s fair to ask, did any of the Coal Industry do that?

Photo by KWON JUNHO on Unsplash