The Great Barrier Reef has had a good year. 2020 might have been the hottest or the second hottest year on record, but it was a bonanza year for reef recovery.

The reef covers 344,400 square kilometres, survived the Holocene Optimum, the Minoan warming, the Roman warming and the Medieval Warming, and is already recovering from a streak of few nasty El Nino’s and a cyclone or two.

But the bottom line is that coral deaths are not easily relateable or predicted by hot weather or high CO2. If sea level changes or temperature volatility are the real culprits, the ocean currents or cloud cover may be the driver, and not the number of cars or solar panels in Australia. 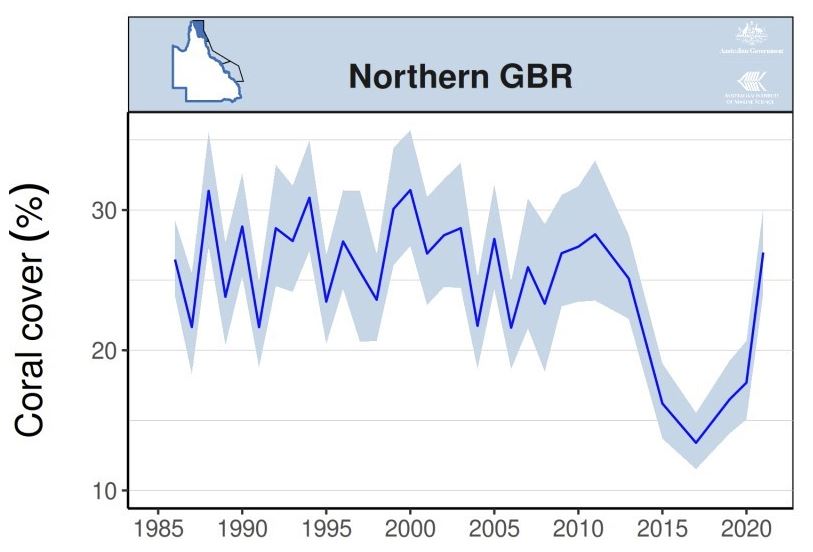 What a difference a few years makes. Where, here, is there any sign that either CO2 or high temperatures is a problem? 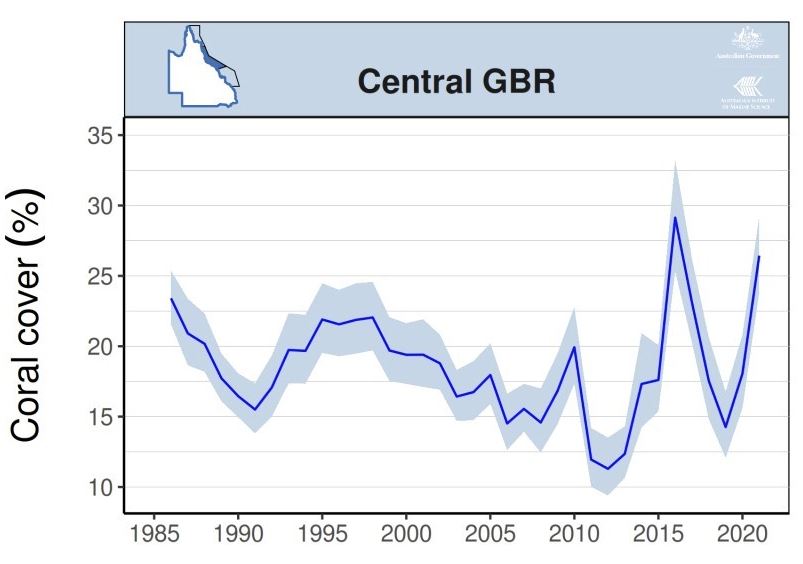 The trend appeared to be “all down” in 2011, but neither heat nor El Nino’s is driving the changes.

Australian scientists say the resurgence in coral across the Great Barrier Reef occurred after it was given a “breather” from extreme weather events and not because it is out of danger from climate change.

… last year’s coral bleaching had not killed off coral to the same extent as similar events in 2016 and 2017.

This data is based on underwater manta tow surveys of coral reefs, mainly on the mid- and outer shelf. Unlike some other studies which are based on aerial surveys.

A total of 127 reefs were surveyed from August 2020 to April 2021 (reported as ‘2021’). Detailed reports on the state and trends of reefs by latitudinal sectors and of individual reefs, including their disturbance history, and are available shortly after the completion of each survey trip. Data summaries are available for download. 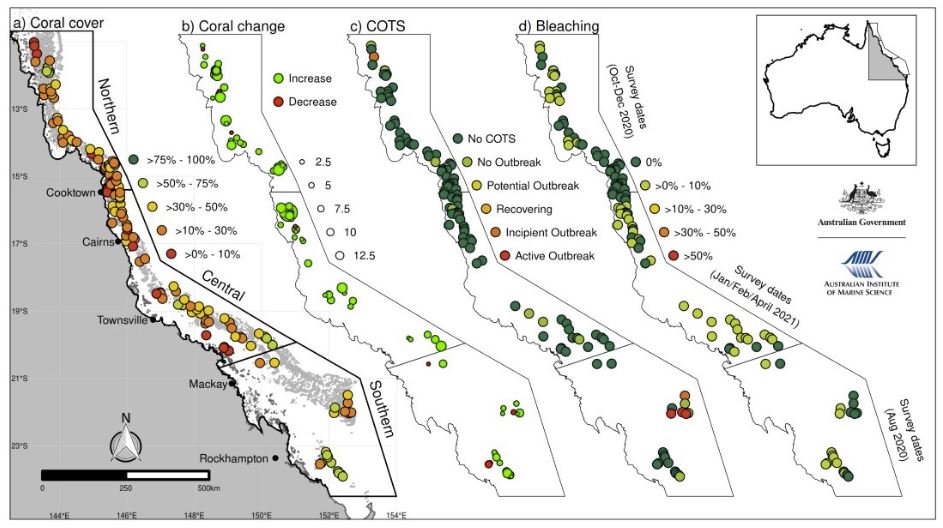 What comes quickly may go quickly, and not all changes are good.

“The AIMS data are promising but it is important to note the recovery of hard coral cover in the surveys has largely been driven by fast-growing branching and table corals, which tend to be the most susceptible species to bleaching events in warmer waters as well as being easily broken in cyclones and the preferred food for crown of thorns starfish.

If we don’t understand what drives  bleaching we can hardly control it. Though we can apparently sucker the taxpayer into forking out money to feed bureucrats.

As if 340,000 kilometers of reef does not already have genes and tools to survive millions of years of volcanoes, asteroids, and techtonic shifts.