Tokyo has seen its coolest September in over 30 years, according to data from the Japan meteorological Agency (JMA). 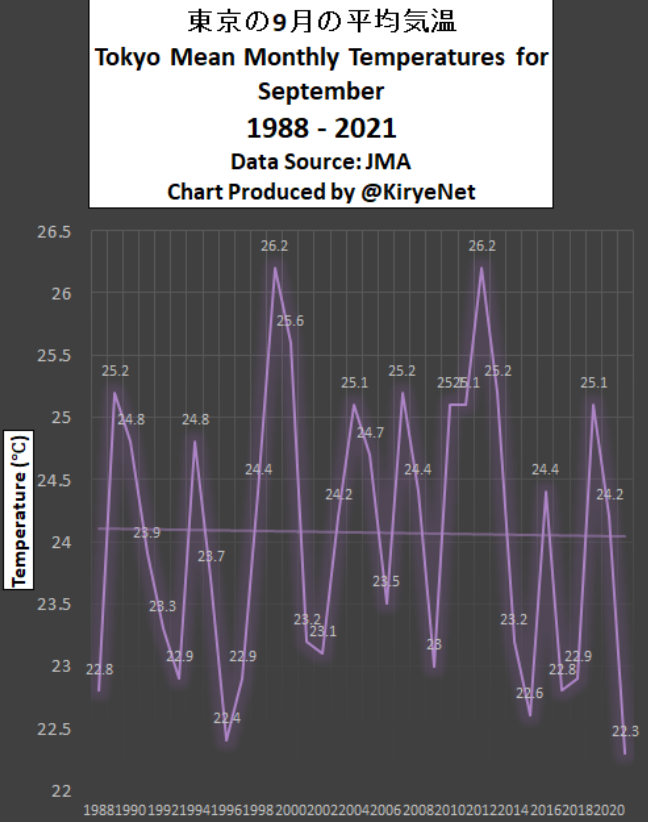 Tokyo’s mean temperature for September, 2021, was 22.3°C — the coolest recorded September mean in over 30 years.

Meanwhile, Hachijojima, an island belonging to Tokyo out in the Pacific and absent of the urban heat island effect, saw a September mean temperature of 24.5°C: 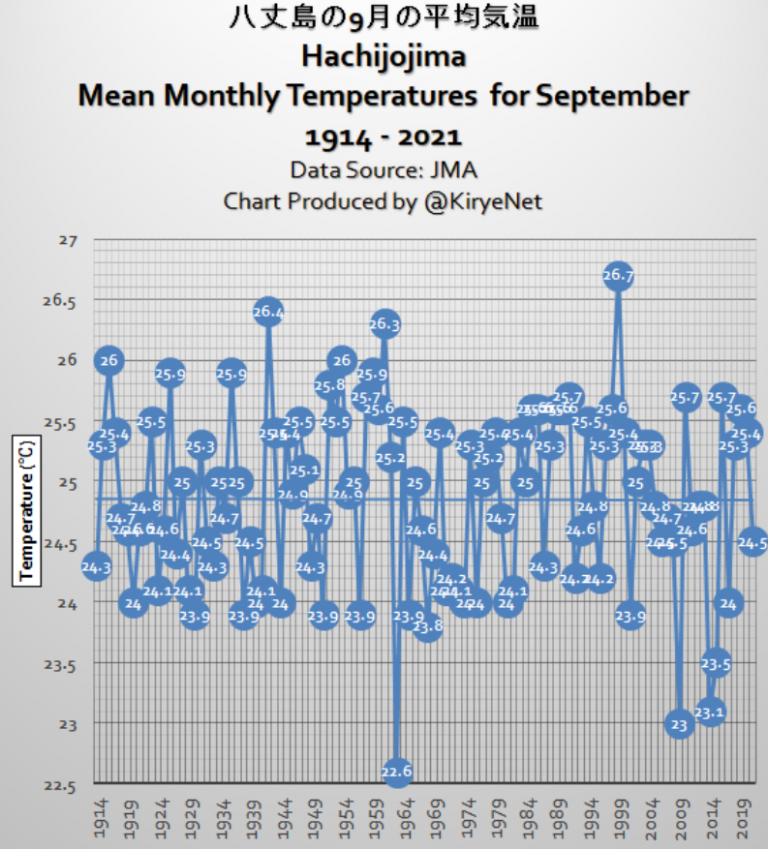 Plotting the data going back 107 years, the island has not seen any real warming at all in September.

The industrial city of Osaka saw a September mean temperature of 24.6°C: 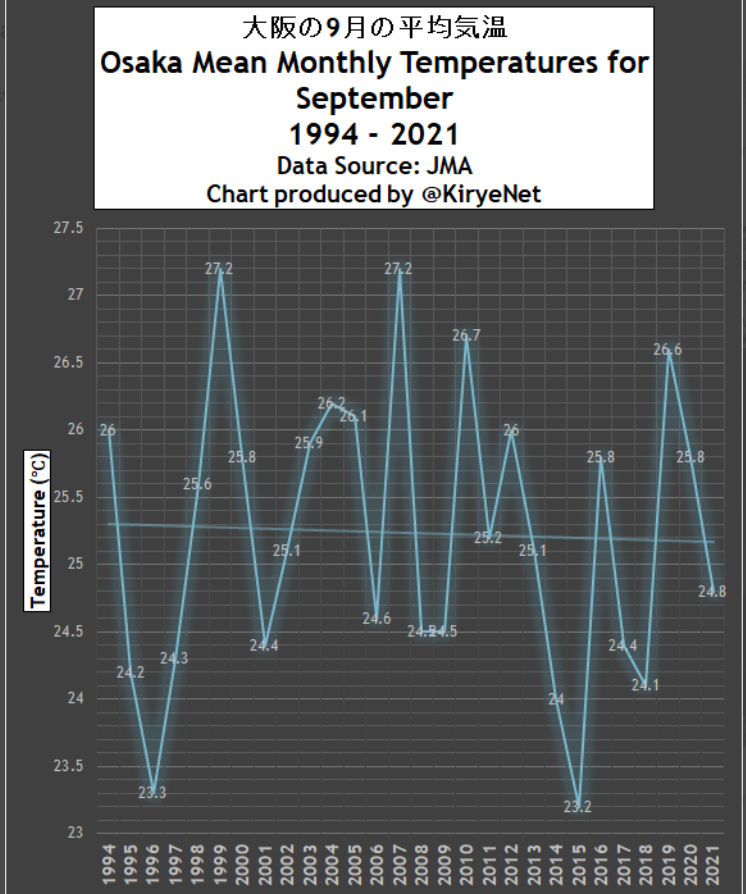 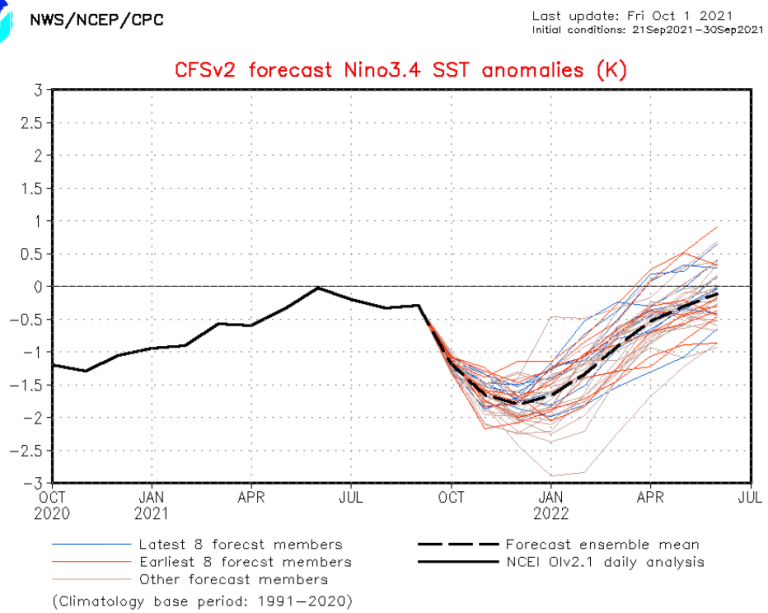 Global warming alarmists will have to settle for chasing around the globe, looking for thunderstorms — calling them “supercells” — and using them as bogus signs of climate change. But everyone knows extreme weather is part of our planet and have been around for millions of years. It’s nothing new.

Nothing that unusual is happening to our climate. Claims of increasingly extreme weather due to mankind’s activities are largely false. The data clearly show it.