On the one hand, our bureaucrats are telling us coal power in Australia might be finished by 2035. 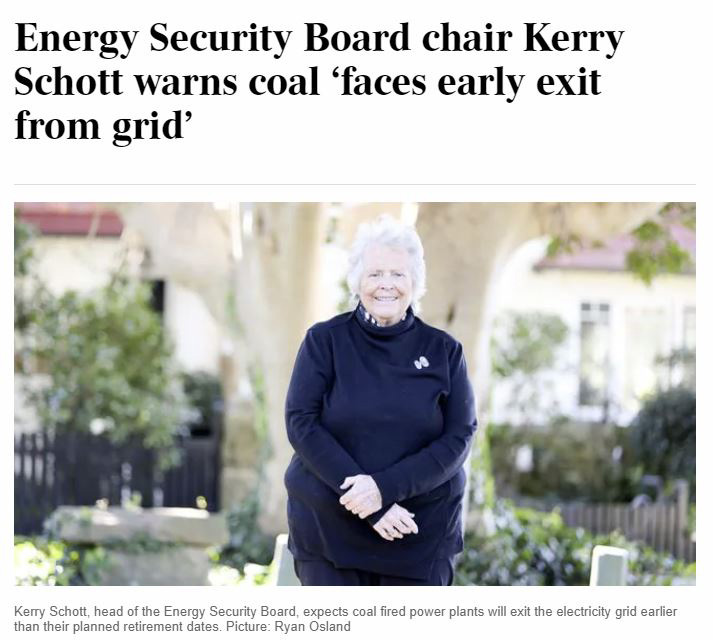 On the other hand, in the rest of the world, coal prices are hitting records, China and India are suffering rolling power cuts. In China, floods have shut about 10% of the 682 coal mines in the Shanxi Province. China is so desperate for coal that a few days ago, it finally unloaded the Australian coal it held hostage in the 80 bulk carrier ships that have languished offshore for months in a petty trade war. Pune, in India is in a coal shortage crisis, forced to shut down 13 power plants because they’ve run out of coal. They’re asking people to be “sparing” between 6 and 10 both morning and night.  India has 135 coal fired plants in total, and fully 70 of them are currently working with less than four days coal supply.

Even with the efforts, China could face a coal supply gap of 30-million to 40-million tonnes in the fourth quarter, Citic Securities analysts said in an October 8 report. A shortage of the fuel could cut industrial power use by 10% to 15% in November and December, which would potentially translate into a 30% slowdown in activity in the most energy-intensive sectors like steel, chemicals and cement-making, according to UBS Group AG.

The State Council said electricity prices will be allowed to rise by as much as 20% against a benchmark, compared with a current cap of 10%.

Meanwhile BHP is suddenly renegotiating the coal assets it was giving away a bit too cheaply.

Kerry Schott’s declaration of the death of coal is a brave announcement given that Australia is still 70% coal powered. In 14 years it would take a big shift to get it to down 50%, much less zero. But it’s especially heroic given what’s happening in the rest of the world.

It’s almost like Kerry Scott had the press release on her desk since the last COP ready to be released “on schedule” for this one.