At a German care facility for the elderly in Bad Doberan, near the Baltic port city of Rostock, 66 of its 83 residents  tested positive for Corona while seven died in the hospital, reports the Nordkurier here.

“The vaccination rate is over 90 percent among its residents and about 70 percent among staff, “reports the Nordkurier, citing the care facility director of the senior center, Jolanta Armbrecht.

“In the past two weeks, eight residents have been hospitalized and seven have died, six of them in connection with a Corona infection,” said the director. “There has been a massive Corona outbreak at our inpatient facility.”

The latest German outbreak casts doubts over the claimed effectiveness of the vaccines. Earlier in the year, vaccine makers like Pfizer and Moderna claimed vaccine efficacy of over 95%, which led a to a mass global rollout. Over recent weeks, however, vaccine makers have and authroities have been forced to make downward corrections, with some recent estimates dipping under 40 percent.

Here a conflict of interest (COI) is revealed: 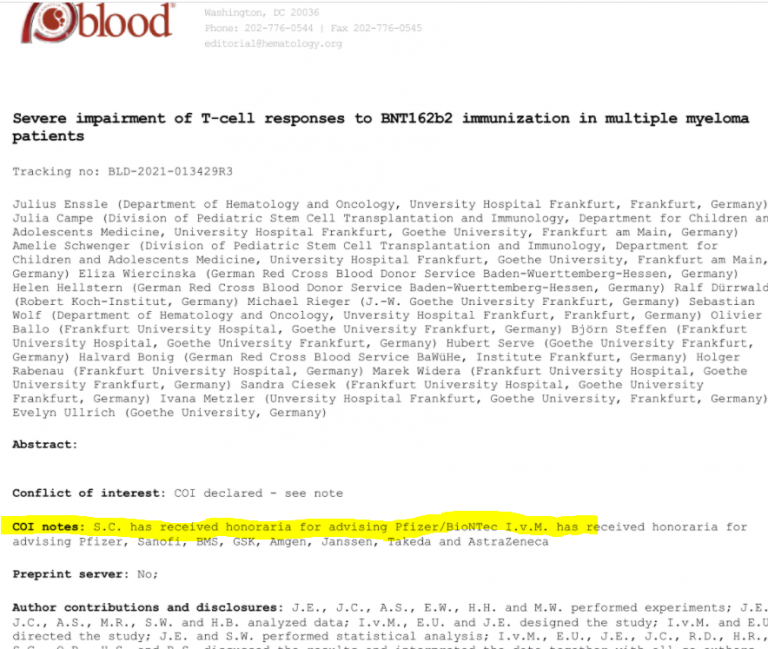 As they say: “Whose bread one eats, whose words one speaks.”