Today we look at some important September trends at stations in the far north Atlantic and Arctic sea ice extent and volume. Al Gore’s doomsday predictions fade into old memories

The September mean temperatures at the six stations in Greenland for which the Japan Meteorological Agency (JMA) has enough data are in and today we plot the chart going back 23 years.

Four of six stations show a cooling trend, meaning Greenland winters are not shortening, but rather are tending to be beginning earlier. This doesn’t exactly support a Greenland that is rapidly melting.

Also September warming in Iceland appears to have stalled, or is even reversing. Plotting three stations for which the Japan Meteorological Agency has enough data, we see none are warming, with two cooling since 1995. 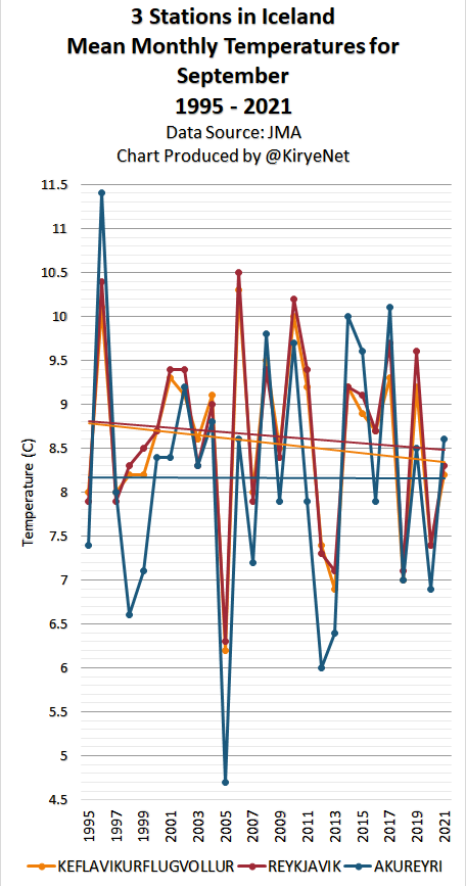 Finally we look at Arctic sea ice extent, now that we are well beyond the peak of the melt season. 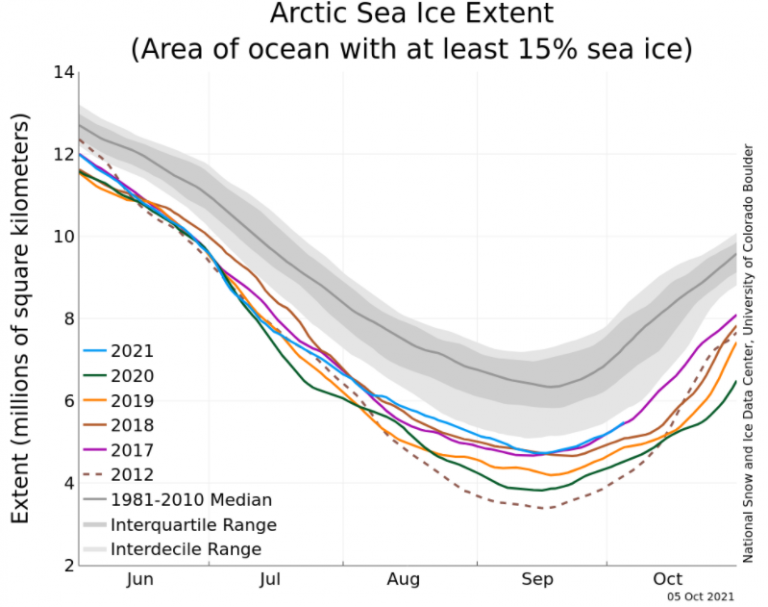 Obviously Al Gore’s doomsday ice free Arctic is nowhere near in site, and Arctic sea ice this year was among the highest in 10 years. Arctic sea has stabilized and is at similar levels seen earlier last century, meaning most is being driven by natural cycles. 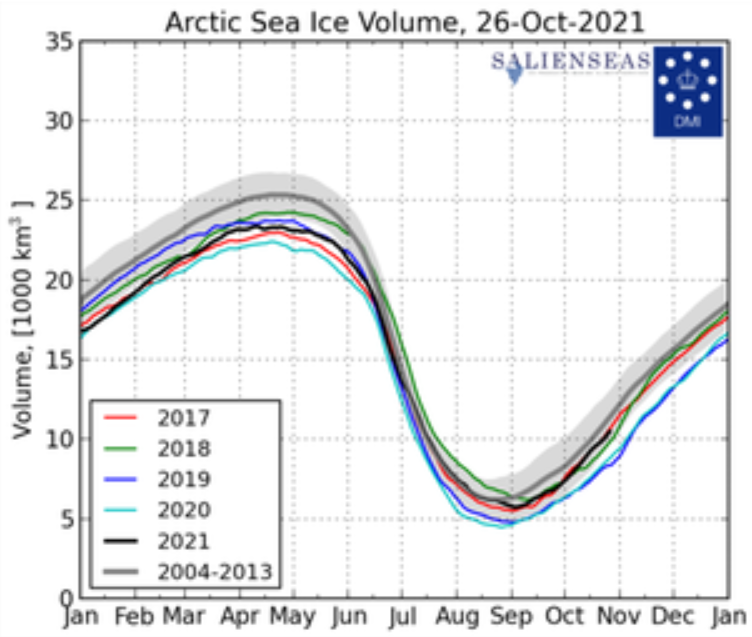