A few days ago we showed how Antarctica’s coastal stations were in fact cooling somewhat rather than warming. This came as a surprise to many.

And now that it’s June 1st, with the Arctic melt season starting in earnest, it is a good time to check Arctic ice volume. Here as well we find an equally surprising trend. Instead of shrinking rapidly — as is often claimed by the .global warming by alarmist scientists and the click-sleaze media — Arctic sea ice volume has not shrunk in 13 years! 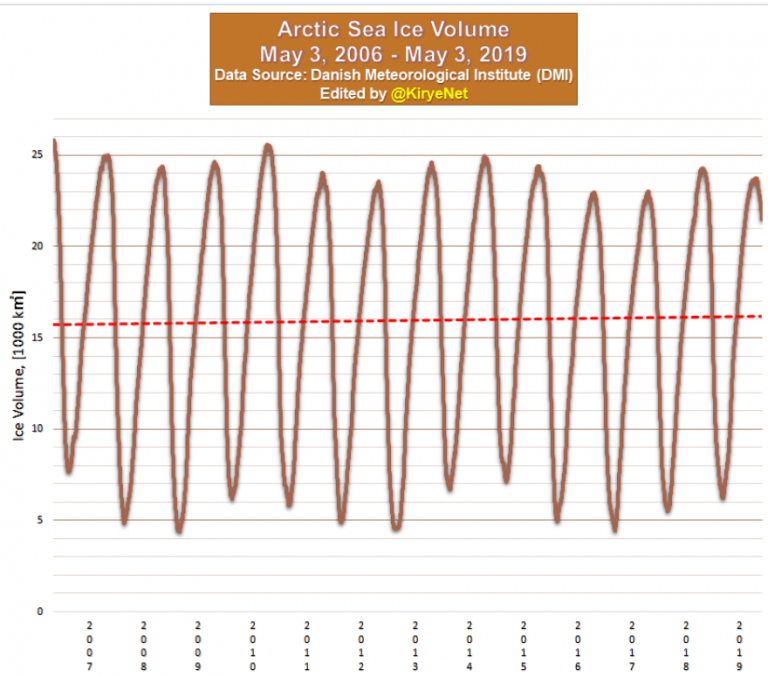 As the above chart shows, the ice has in reality even grown a bit!

This is why today it’s more important than ever to keep the focus on the real data and not the hysterical headlines that currently dominate the hype-filled media.

And when we look at Arctic sea ice volume each year for June 1st this decade and plot it, we get the following: 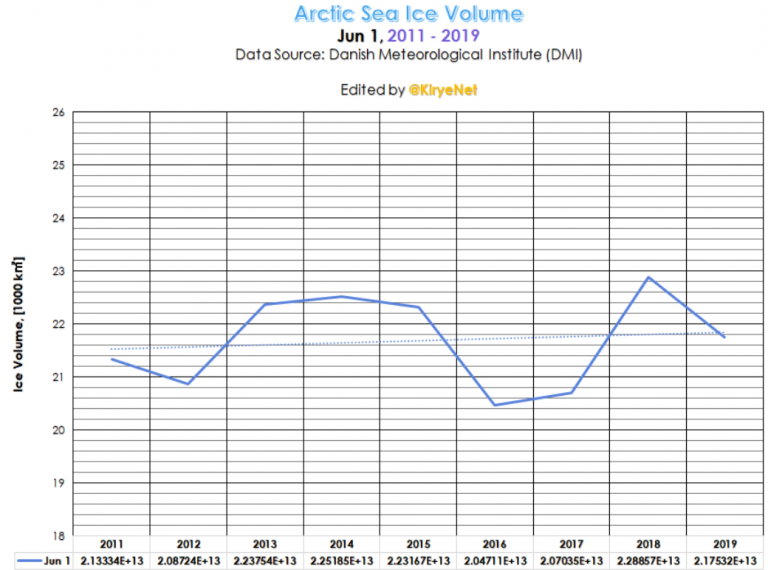 Lo and behold: the chart above shows that early June ice volume has trended up over the current decade.

How can anyone say the Arctic ice has been rapidly melting recently? The answer is that they can’t. Anyone claiming otherwise is just plain lying.