Recursive Censorship – Google, Facebook, or Twitter censor, ban, or otherwise prevent delivery of a message criticizing an earlier ban or another act of censorship by one of them.

Collusive Censorship – Google, Facebook, and/or Twitter collude with each other to censor, ban, or otherwise restrict the same speech or speaker in what looks like a criminal collusive monopolization.

The following screenshots show the first hand evidence of recursive and/or collusive censorship — my promoted tweets, criticizing censorship by Google or Facebook, and/or promoting my HIDDEN KNOWLEDGE SEARCH, and halted by Twitter.

Screenshot from the Twitter Ads Dashboard. A red dot next to the word Halted indicate promoted tweets, banned by Twitter for their content, usually after delivery has already started. 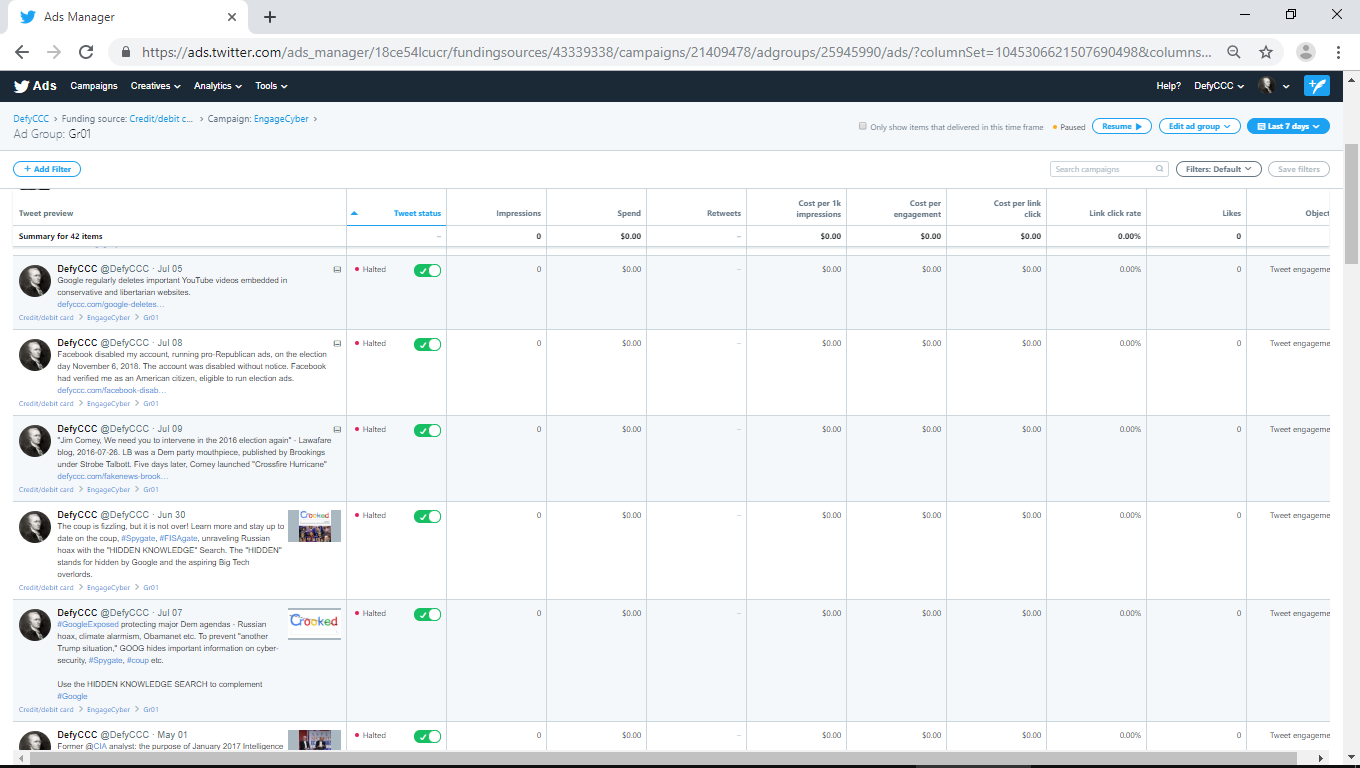 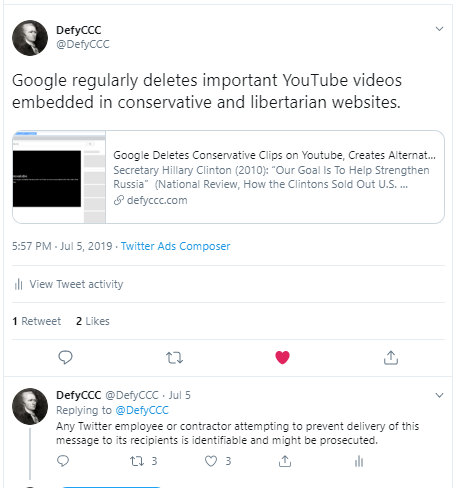 I noticed that reminding Twitter censors of individual liability helps for some time.

I routinely receive replies like this one. Apparently, the MSM and ASM (the anti-social media) have convinced a lot of people that the Russian government supports the US conservatives and/or Republicans.

Exhibit 20190805-4. This tweet was promoting my HIDDEN KNOWLEDGE SEARCH. Its delivery has been halted by Twitter because of criticism of Google, Twitter’s partner and a huge revenue source. 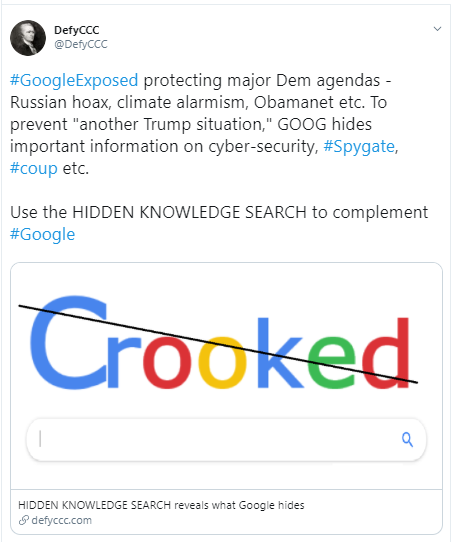