Climate activists and the United Nations are suffering a major black eye this week as protests and riots resulting from high energy prices have erupted in Santiago, Chile. 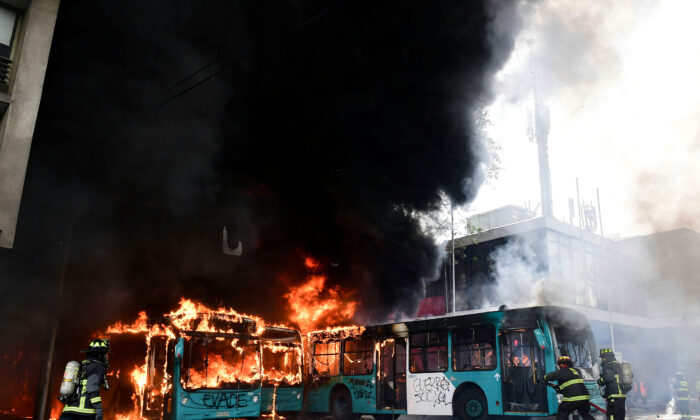 Chilean firefighters extinguish burning buses during clashes between protesters and the riot police in Santiago, on Oct. 19, 2019. (MARTIN BERNETTI/AFP via Getty Images)

Chile, which is hosting a major U.N. climate conference in December, earned praise from climate activists for recently imposing a carbon dioxide tax on conventional energy sources and switching the Santiago Metro system to renewable power. Now, the people of Chile are rising up and firing a shot across the bow of other nations considering similar energy taxes and expensive renewable energy programs.

On Friday, protesters took to the streets throughout Santiago in response to Metro fare hikes. The protests soon spread to other cities and led to rioting and at least five reported deaths. The Chilean government and the legacy media blamed the fare hikes on rising oil prices. But that is not true. 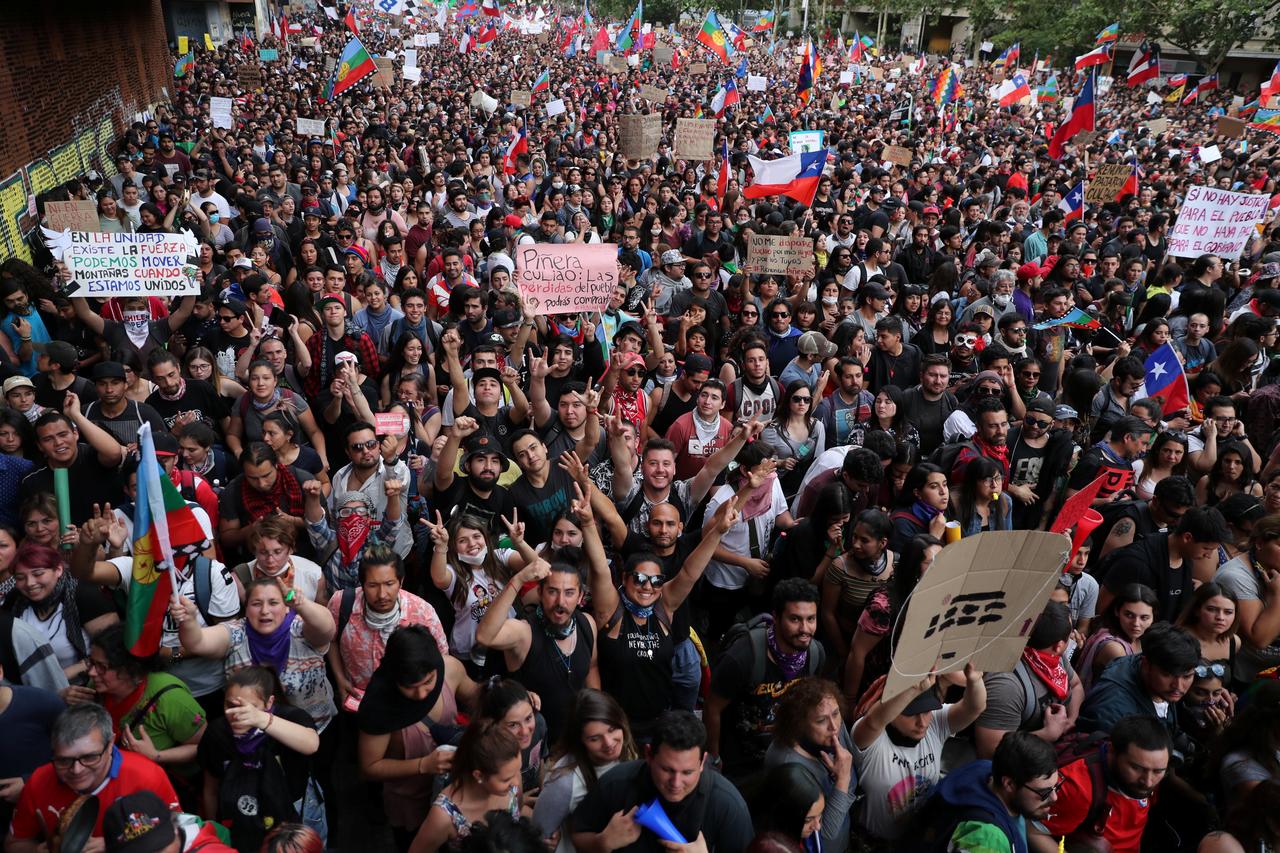 On Friday, over one million people marched in the streets of the Chilean capital — “The Largest March in Chile” with rallies paralyzing major cities.

Santiago Metro fares are rising, despite falling oil and gasoline prices, because government officials in 2018 traded out most of the Metro’s energy sources from conventional power to wind and solar power. The Chilean government also hit the portion of conventional power that remains with new carbon dioxide taxes.

As a result, Chileans are now burdened by higher Metro fares reflecting unnecessary energy price hikes. As Chileans protest in the streets, climate activists and their media allies want people to believe oil is to blame rather than government climate programs that raise energy prices and impoverish people.

Unlike speculative climate change harms that never seem to really happen, carbon dioxide taxes and renewable energy mandates immediately and measurably raise living costs and reduce living standards. In the United States, people may have some concern about climate change, but polling shows most Americans are not willing to pay $2 per month to reduce carbon dioxide emissions.

For U.N. officials planning the 25th Conference of the Parties (COP25) climate conference, scheduled for the first two weeks of December in Santiago, the protests are especially embarrassing. Last year’s U.N. conference took place in Poland, where government officials and the prominent Solidarity labor union have criticized costly U.N. climate programs. Solidarity even held a press conference at the U.N. event and issued a joint statement criticizing U.N. climate activism.

The December 2019 U.N. conference was originally scheduled for Brazil, but the Brazilian government strongly criticized U.N. climate activism and told the United Nations it no longer desired to host the conference.

The Chilean government offered to host the conference in Brazil’s place, touting its carbon dioxide taxes, renewable-powered metro, and other activist climate programs. Yet now the world is seeing the Chilean population rioting in the streets as a result of those taxes and climate programs. This is the third major black eye for the U.N. Conference of the Parties in less than a year.

The Chilean protests, like the Yellow Vest protests that erupted in France a year ago, highlight how out of touch the international climate class is with the people they seek to govern and control. Faced with a choice between suffering certain lower living standards today or dealing with speculative climate change in the distant future, people wisely choose the latter.