For over 40 years (1961-2002), the Greenland ice sheet cooled, thickened, and gained mass just as anthropogenic CO2 emissions were sharply rising. 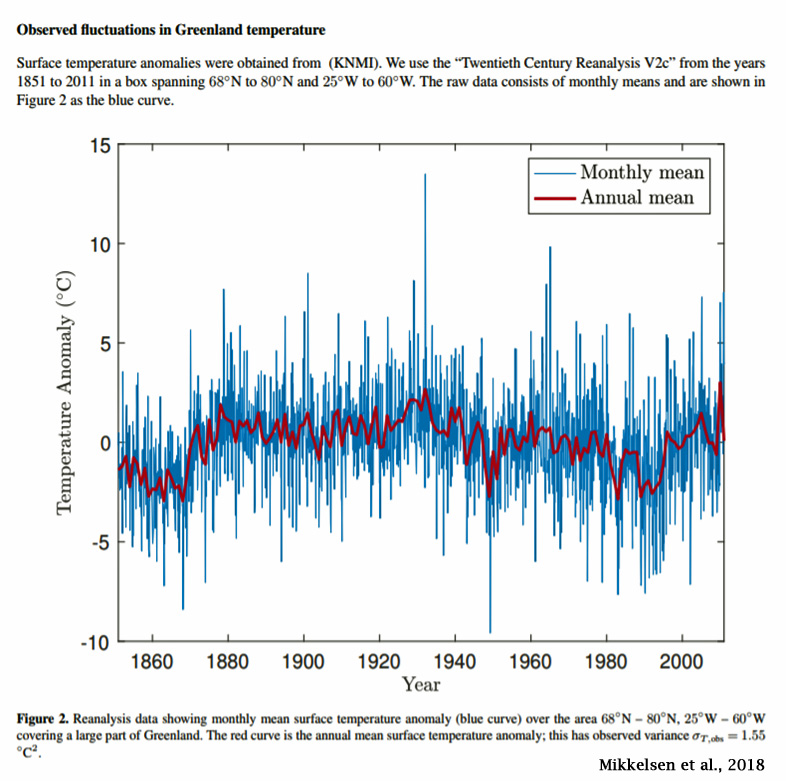 According to Greenland ice sheet instrumental records, there was a dramatic cooling trend during summer months from the late 1980s to early 2000s (Chylek et al., 2004).

“The average temperature of the warmest month and the summer average (June, July and August) temperature show a decreasing trend of 3.0 and 2.2°C/decade between 1987 and 2001.” 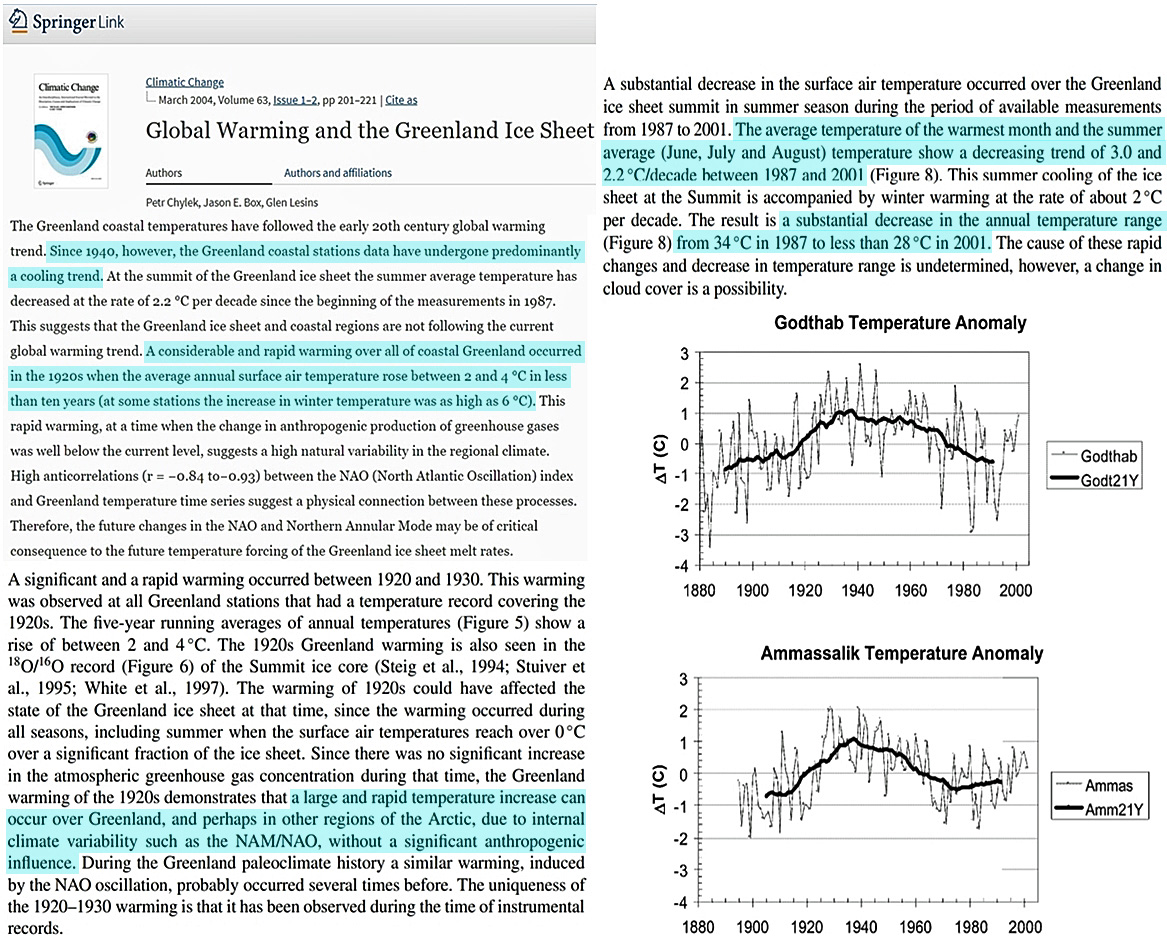 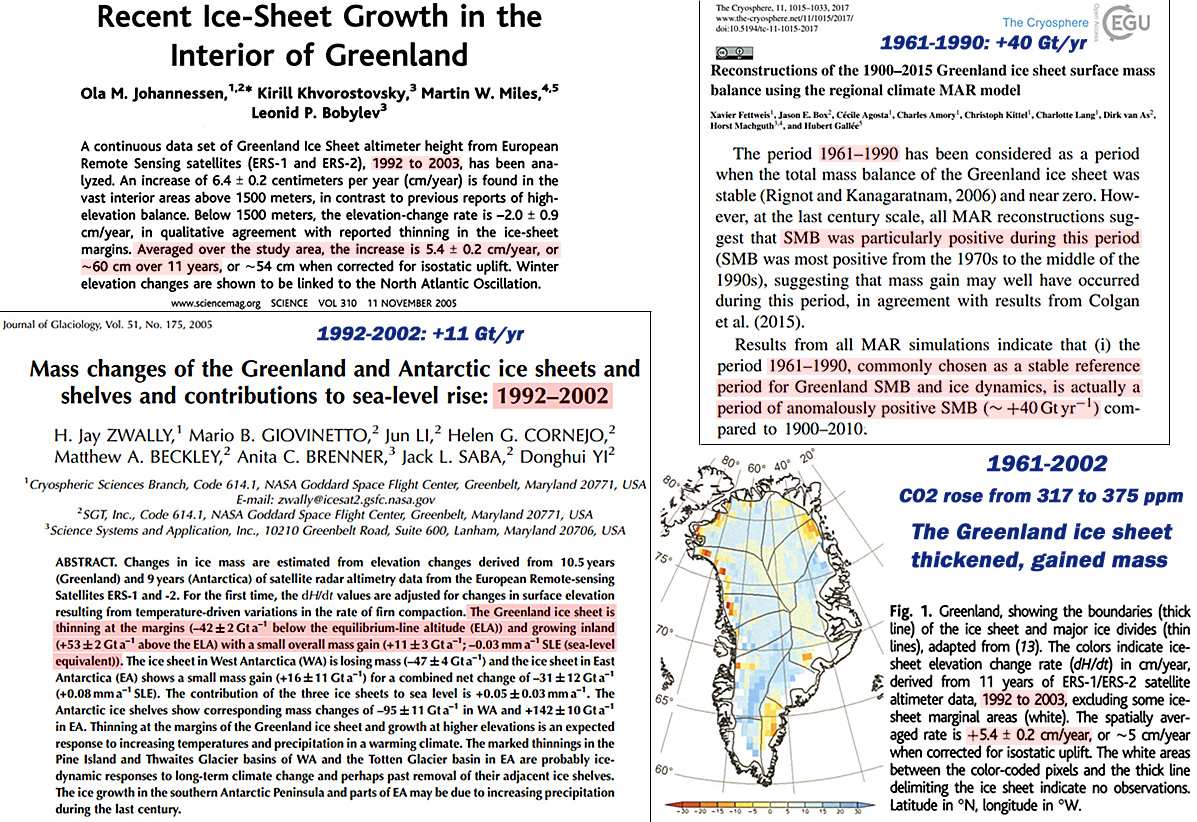 This warming and mass loss trend have often been attributed to the rise in CO2 emissions by those promoting anthropogenically-driven global warming (AGW).

But if rising CO2 emissions are the causal mechanism for the post-2002 warming and Greenland ice sheet mass losses, why did the ice sheet cool and gain about 1.35 trillion metric tons of ice for the duration of 41 years as CO2 emissions rates tripled from ~2.5 GtC/yr (gigatons of carbon per year) to ~7.5 GtC/yr?

Why would an ice sheet both lose and gain mass as CO2 rises? 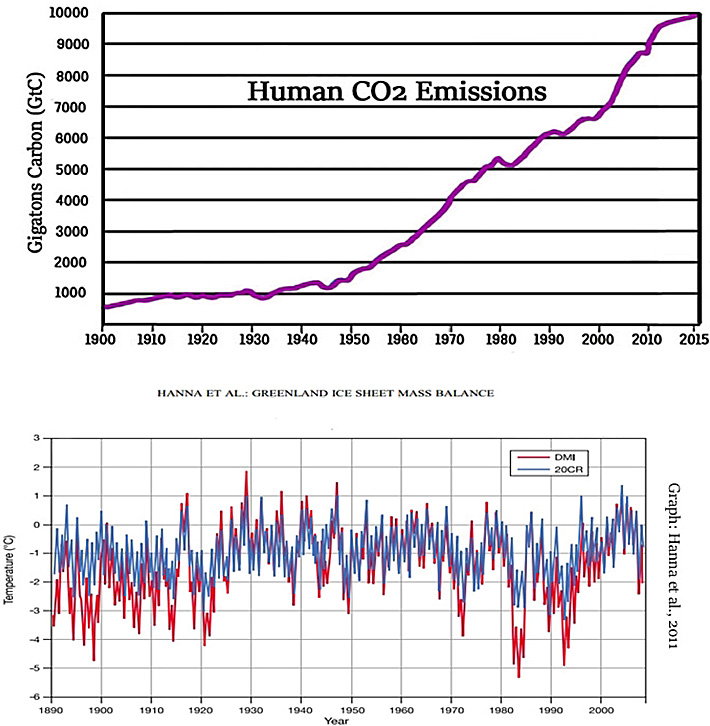 One thought on “CO2 Emissions Tripled During 1961-2002 As Greenland Cooled And Gained 1.35 Trillion Metric Tons Of Ice”