From the Cliff Mass Weather and Climate Blog

The Spokane MegaCar Crash Up, Snow, and a Warning for Southwest Washington

Yesterday around 2 PM, a band of light snow passed over I-90 just southwest of Spokane.  The result was bedlam, with over ONE HUNDRED cars being involved in dozens of multi-car accidents (see picture).

Fortunately, no one was seriously hurt.   The cause of this disaster?  The meteorological issue was a narrow band of snow showers that dropped .5-1 inch of snow over the highway in the space of 30 minutes (see satellite picture).  I put a blue oval around the cloud band for your reference. 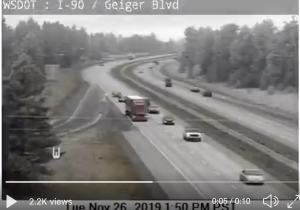 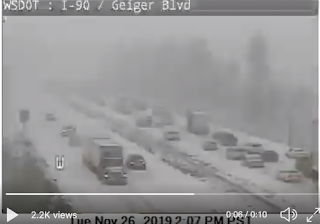 Surface air temperatures were in the mid-20s,  but the road temperature was above freezing.  That produces a very slippery, melting layer on the road.
Now, it is pretty evident that folks were surprised by the snow squall and one can suspect that they did not slow down adequately and increase following distance.  The result was a scene of bumper cars.
Now I mention this now because a similar situation could occur Sunday morning over NW Oregon and SW Washington.  We will have cold temperatures in place.  A weak system will be approaching from the southwest.  The latest model runs suggest the potential for light snow extended northward, as far as roughly Tacoma.
To illustrate, take a look at the European Center cumulative snow forecast from the latest run.  Through 4 AM Sunday– no issues in the west. 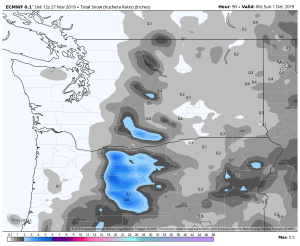 But by 10 AM Sunday, up to around a half-inch.  There is a LOT of uncertainty with this forecast. 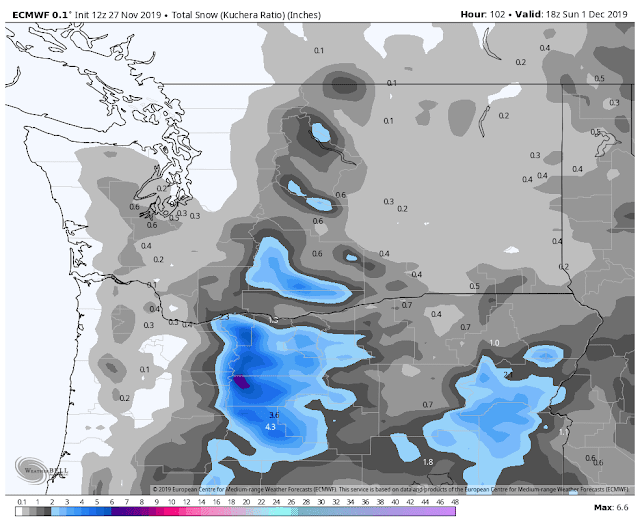 So if you are out driving on Sunday morning, be careful.  We need a second mega-car pile up at the end of the Thanksgiving weekend.
Finally, the big storm yesterday produced gusts up to 95 mph in exposed locations (see map showing max gusts).  A very good forecast starting 84-h before landfall. 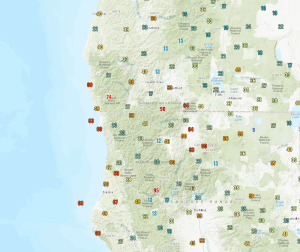 One thought on “The Spokane MegaCar Crash Up, Snow, and a Warning for Southwest Washington”