Europe’s hypocrite of the week:

After celebrating at Twitter the passage of the symbolic climate emergency in the EU Parliament in Strasbourg on Thursday, parliamentarian Sven Giegold of the Green Party hops on a jet to Berlin! 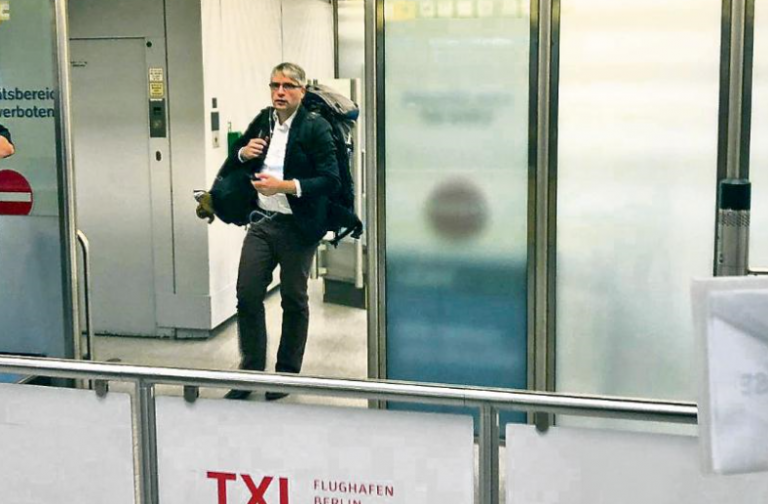 We’ve all heard about the EU declaring a global climate emergency. Man has to profoundly alter its behavior if we are to have any hope of recusing the planet.

That’s what Europeans parliamentarians will be expecting of us.

It turns out that one of these parliamentarians is German Sven Giegold (50) of the Green Party. Last Thursday in Strasbourg Mr. Giegold voted in favor of the “climate emergency”, reports Germany’s Berliner Zeitung (BZ) here. Immediately he celebrated the Parliament’s decision on Twitter as an “important sign at the right time”.

Giegold’s tweet in English: “Yes! The European Parliament proclaims the #Climate crisis! An important sign at the right time. These are crucial years for future generations!

In his tweet, he also criticized the German CDU parliamentarians for not supporting the emergency declaration, adding: “Sadly, large sections of the Christian Democrats voted against. #Climate Emergency.”

238 tonnes of CO2 in a single afternoon

Giegold’s act alone of course comes as no surprise considering he’s from the Green Party. But the BZ then adds: “The problem: immediately after the meeting he got on the plane, flew to Frankfurt, from there to Berlin (CO2 footprint: 238 kilograms)”!

Obviously Giegold could not be bothered booking a train ride from Strasbourg to Berlin, which he demands of all other ordinary citizens.

According to the BZ, the “EU Green was caught at Tegel Airport and promptly caught a massive shitstorm on the net.”

Giegold’s grand act of hypocrisy was called “a certain double standard” by German CDU politician Sven Schulze, who hit back at Giegold’s criticism of CDU parliamentarian votes: “Very sad colleague @sven_giegold is rather your #hypocrisy. In the morning in the #Europaparlament you proclaim the #Climate emergency and in the afternoon you take the plane for the short distance from Frankfurt to Berlin. (Didn’t the #greens want to ban these short flights?)”.

Indeed the German Greens are pushing for a ban of short domestic flights. Giegold, though, seems to believe he’s above all that.

According to German tabloid Bild here, Giegold insisted that he had no choice but to fly. Bild writes: “At 6 pm he had an appointment in the Federal Council. Giegold said: ‘In the evening I had the obligation to be in Berlin – at 6 pm. The vote in Strasbourg was over at 12.45 pm. It was impossible with the train.’”

“The flight was purely work-related, and not for private purposes,” said the Green EU parliamentarian. He added: “International and European policymaking are impossible without air transport. It is important that European democracy works,” Giegold continued.

3 thoughts on “EU Parliamentarian Celebrates Passing Climate Emergency, But Then Hops On Jet To Frankfurt, And Berlin!”