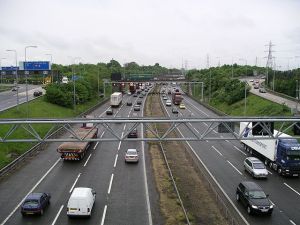 Hansard (the Official Report) is the edited verbatim report of proceedings of both the House of Commons and (in this instance) the House of Lords.

These extracts from a very recent debate highlight serious EV safety issues which seem to have been ignored to date:

My Lords, like previous speakers I thank the noble Baroness, Lady McIntosh, for introducing this debate. It is apparent that smart motorways have few friends—other than perhaps in the Department for Transport.

Those of us who have used them are aware of the dangers and see from time to time the awesome consequences of all four lanes of traffic being in use at exactly the same time.

Smart motorways are supposed to be the future, but the future is electric. Those vehicles stop very suddenly. They also cannot be towed; they have to be put on a low-loader, which is a much more complex and longer process that will put rescue teams in greater danger.

So can we have special consideration for how these new motorway layouts will operate when there are lots of electric vehicles on the road?

Baroness de Vere (a Parliamentary Under-Secretary of State in the Department for Transport):

I note the comments from the noble Baroness, Lady Randerson, about electric vehicles.

When I first heard this, I was absolutely astonished. Quite frankly, this is applicable not just to smart motorways but to every single road.

We will need to be able to move electric vehicles, wherever they happen to stop or end their days. I assure her that I will now look into it with great gusto, provided I keep my job.

Work is under way to look at short-term measures to make sure we can get electric vehicles off to places of safety as quickly as possible, on whichever road, because that certainly would be a large drawback to the introduction of electric vehicles.