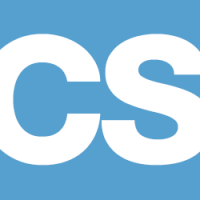 Zapping from Bloomberg to CNBC to the French BFM Business on Black Monday, I experienced some of the hot flushes that Ed Hawkins and Bob Ward feel when they get their monthly doses of average global temperature data, but speeded up and intensified. Of course, I know the flashing figures of the Dow Jones on the Bloomberg screen are quite meaningless in the bigger scheme of things, just as Bob and Ed knows that anything less than a thirty year trend is scientifically worthless. But sometimes you just can’t help yourself, can you Bob?

Now we have another unfinished time graph to pore over in the shape of the daily Corona virus infection rates.

As a kid I was deeply affected by the American funnies that appeared daily in the Singapore Straits Times (English dailies rarely took American strips.) I remember a Li’l Abner strip which neatly illustrated Schumpeter’s theory of capitalist creative destruction in the savage competition between rival hillbilly families to create the biggest hot dog. The stand offering the 10” hot dog goes bust when the stand next door offers the 12” monster, and so on, until Li’l Abner’s Gran invents the machine that turns out the endless hot dog, with each customer chopping off the quantity he wants. Later in life you learn the mysteries of how to sum an infinite series, but nothing quite struck me a much as that Li’l Abner strip.

Think of this as an open thread to discuss the curious links between past and future, the known and unknown, and the fascination of the endless hot dog in a finite world, with reference to DJIA, FTSE100, NASA/GISS, HADCRUT, etc. if you like, or not. And keep well.