It’s been a particularly mild winter in Europe this year. But that hasn’t changed the long-term trend over the past 30 years.

Now that the February 2020 data have been coming in, we plot the mean February temperatures for some countries in Europe.

Twelve of 14 stations in UK show February mean temperatures have had a cooling or no warming trend since 1992! (Note: those 14 stations have data dating back at least to 1980s): 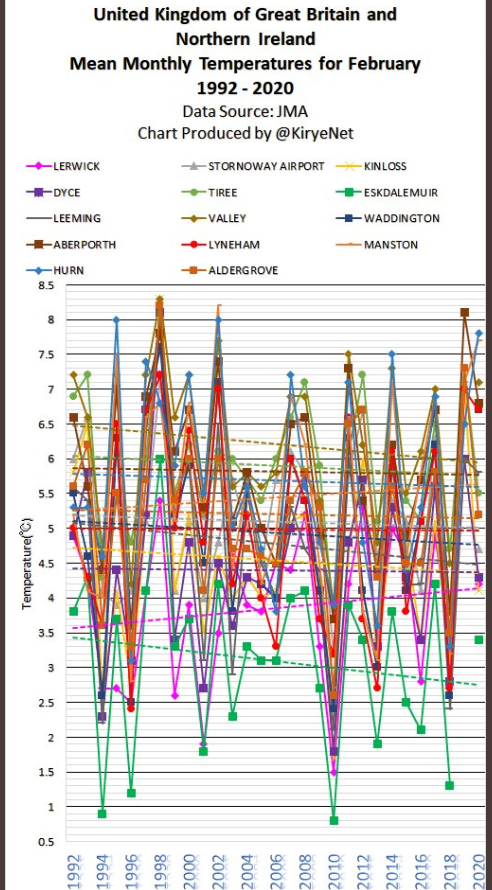 As a whole this northern European country has seen very little warming over the past 3 decades for the month of February: 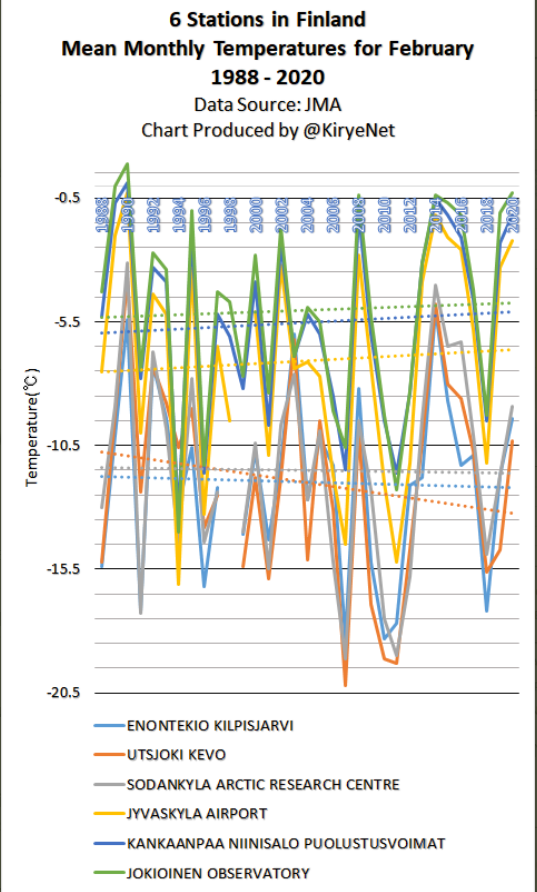 Three of six stations in Finland show no warming since the 1980s. Data: JMA.

Ireland, situated in the North Atlantic, also shows no warming for the month of February since 1987: 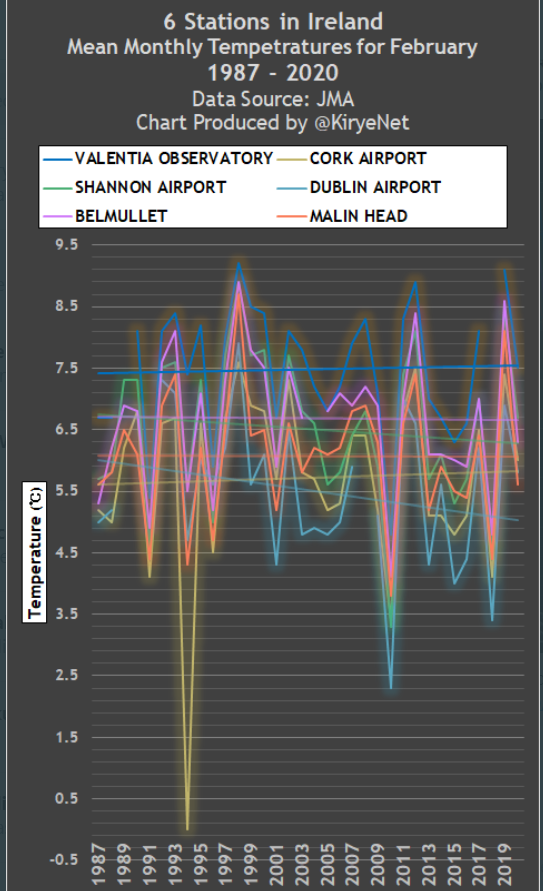 Four of 6 stations with data going back to the 1980s show no February warming. Data source: JMA

The story is the same in the Netherlands for the month of February. All 5 of 5 stations there with data going back to at least 1995 show February temperatures having a cooling trend: 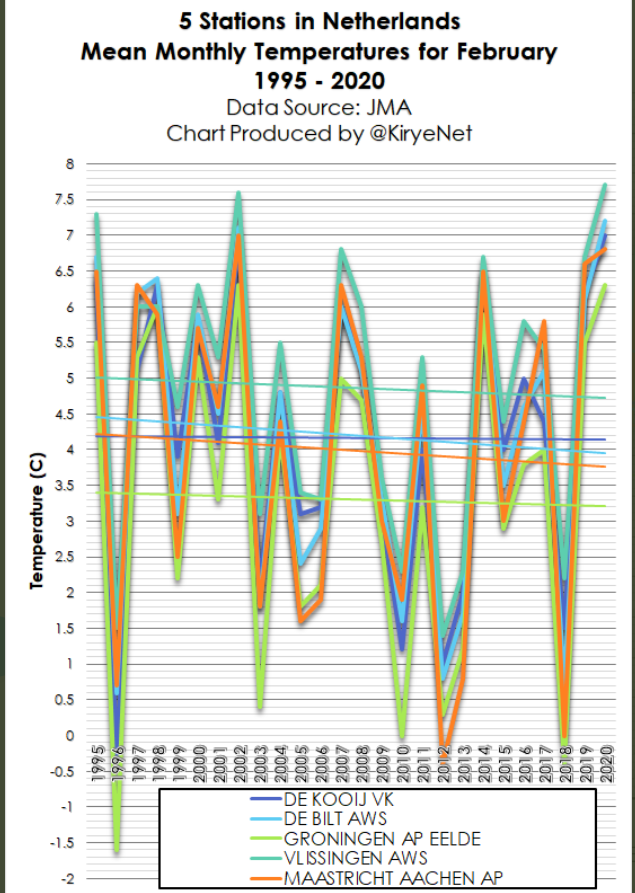 Mean February temperatures have been falling at stations in the Netherlands since 1995. Data source: JMA.

So it remains a mystery as to why global warming alarmists claim rapid warming is happening.

One thought on “Despite Mild Winter, Europe February Mean Temperatures Show No Warming Over Three Decades”