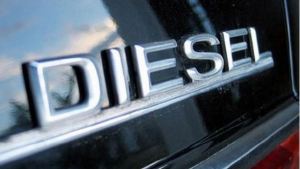 The focus here is on heavy duty engines. Of course they have to claim that carbon dioxide, vital to plants and vegetation, is a ‘pollutant’ but this is from the crazy side of today’s climate-obsessed world.
– – –
Southwest Research Institute engineers have developed the next generation of clean diesel engine technology to reduce hazardous nitrogen oxides (NOx) and carbon dioxide emissions while minimizing fuel consumption, says Green Car Congress.

SwRI developed the technology for the California Air Resources Board (CARB). The work is described in a pair of SAE Technical Papers.

Through the continued efforts of a multidisciplinary team, SwRI has developed one of the most fuel-efficient, low-emission diesel engines in the world. Created to address California’s pollution challenges, this technology could be a solution for communities around the globe dealing with the effects of NOx.

According to the Environmental Protection Agency, nitrogen oxides are harmful to human health and the environment. The State of California plans to enact tighter emissions standards in 2024 and will require that heavy-duty engines produce less pollutants.