Last year, Alaska was the global warming canary in the coal mine. 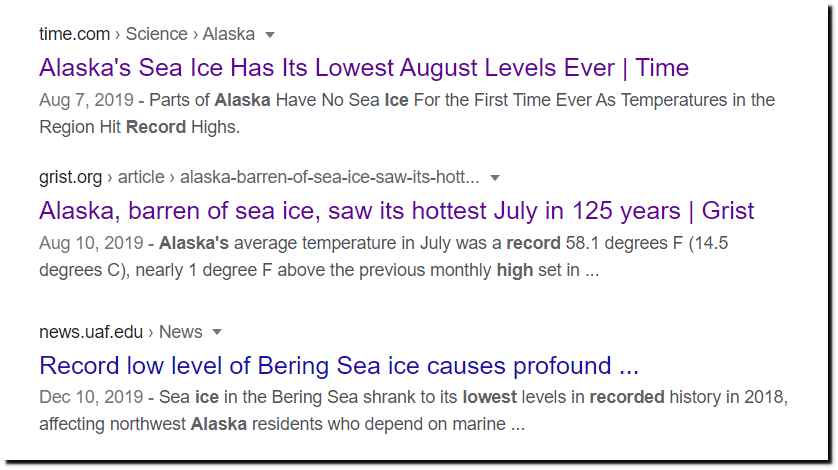 This satellite photo shows how far offshore the ice was in the Beaufort Sea. But on the same date this year there is lots of ice in the Beaufort Sea, and little signs of melt. Forecast temperatures over the Beaufort Sea are quite cold. 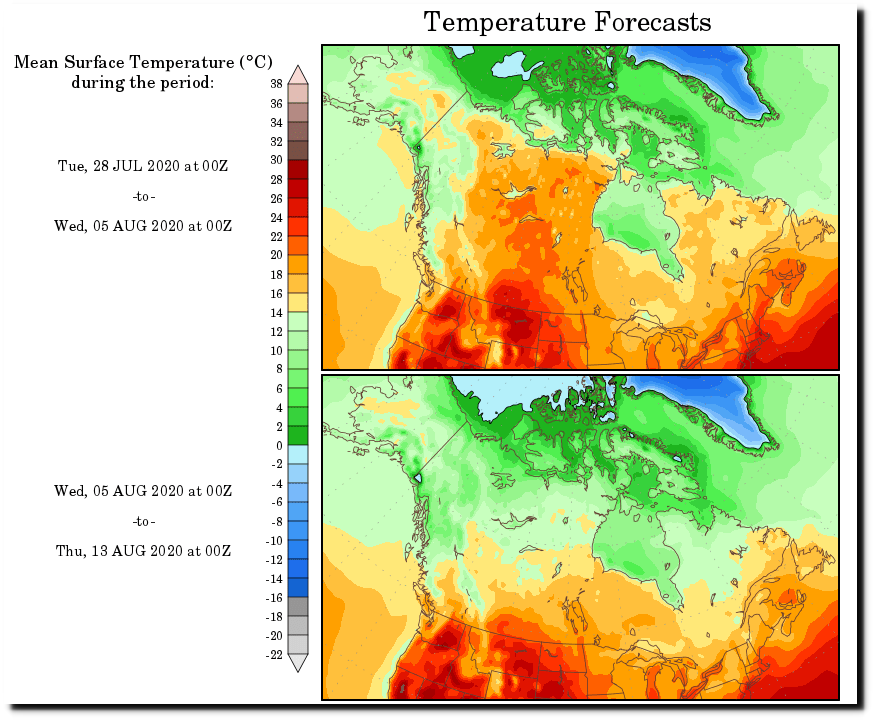 Most of the remaining vulnerable ice (south of 80N) is in the Beaufort Sea, so it is unlikely there will be much loss in extent over the next few weeks. 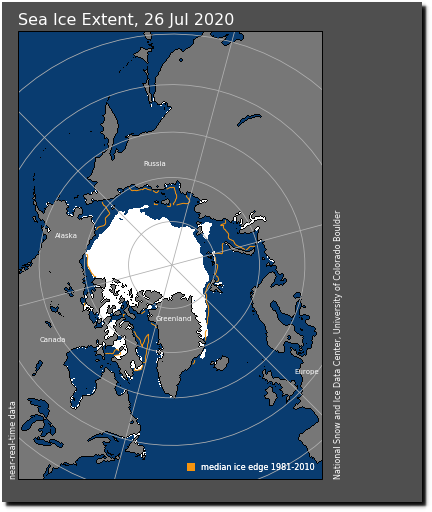 This was the extent at last year’s minimum. 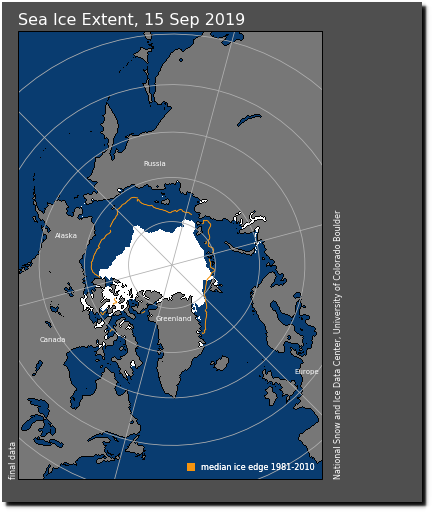 The green in the image below shows all the ice that would have to melt to reach last year’s minimum. 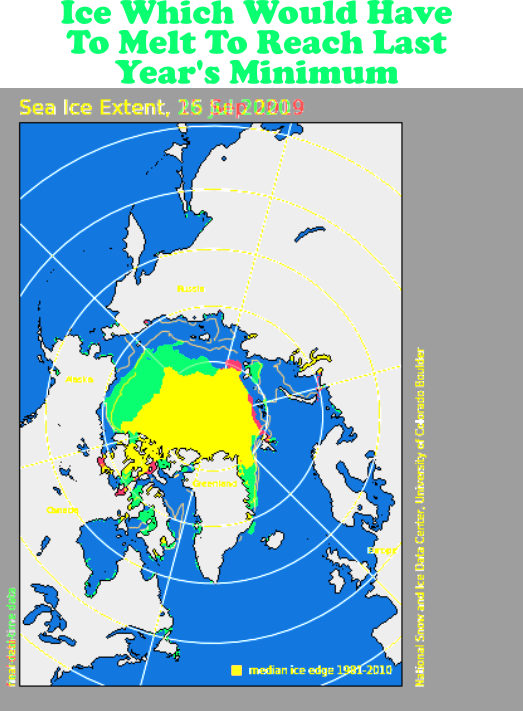 There is little melt going on right now, and I expect the slope of the red line to decrease over the next week.