The car nobody wants! 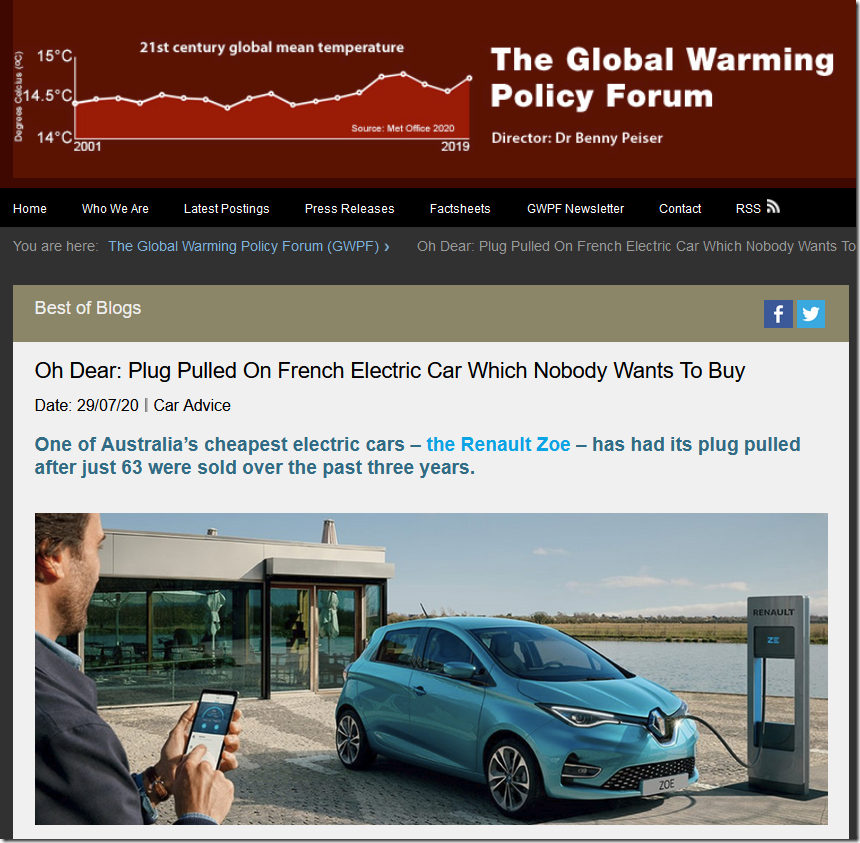 Indeed, over the same period, Australians bought two-and-a-half times more Rolls-Royces (158), seven times as many Lamborghinis (457), and 12 times as many Ferraris (818) than Renault Zoe electric cars.

In an online briefing with media, Renault Australia executives blamed absent government incentives for the lack of widespread interest in the Zoe, even though it was already one of the cheapest electric cars on sale, priced from $47,490 plus on-road costs.

Critics of electric-car subsidies say the vehicles should sell on their merits rather than receiving taxpayer support – especially as drivers of such vehicles are perceived as getting a free ride on Australian roads by avoiding fuel excise.