.
.
Climate virtue signalling is a popular sport among the uber-wealthy and glitterati, but hard-working taxpayers are left to stump up most of the cash for the futile pursuit of imaginary carbon redemption that they demand.

The rich are different from you and me, as the saying goes. They have money. The super-rich have even more.

Some of the wealthiest people on the planet are driving and funding the climate change political agenda for more electric cars, wind turbines and solar panels, and eradication of nuclear energy and fossil fuels. Their message is clear: America and the world must reduce their reliance on traditional energy sources and adapt in order to save the planet. That means higher costs, less energy consumption and reduced living standards. 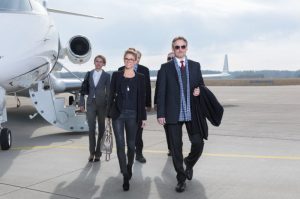 The problem with such people advocating these climate policies, with all their negative ramifications, is that none of them are leading by example, which calls into question their own sincerity and the validity of their cause.

One example among many is Michael Bloomberg, the successful former three-term mayor of New York City and spectacularly unsuccessful presidential…