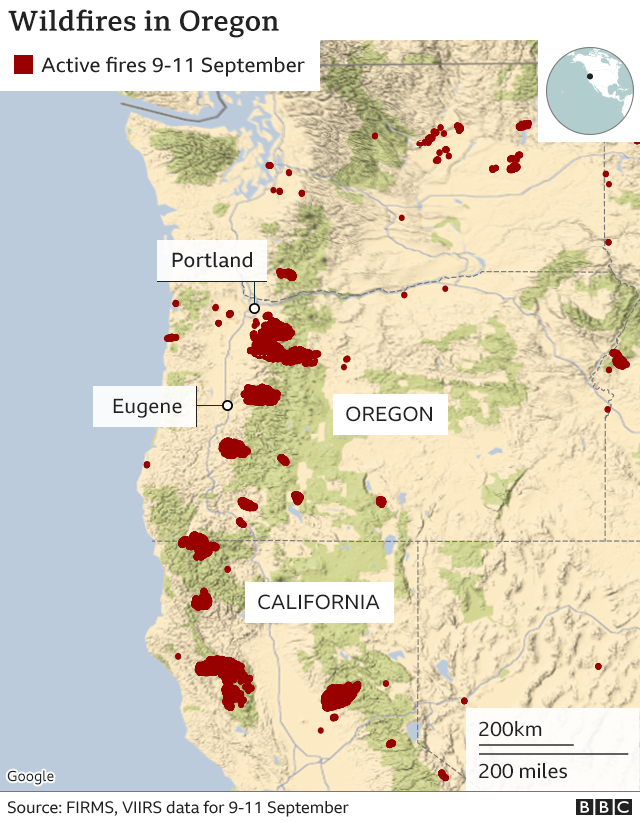 I have already taken a close look at the wildfires in California, but what about Oregon, which has also been badly hit?

But first though, let’s look at the national YTD stats from the  National Interagency Fire Center: 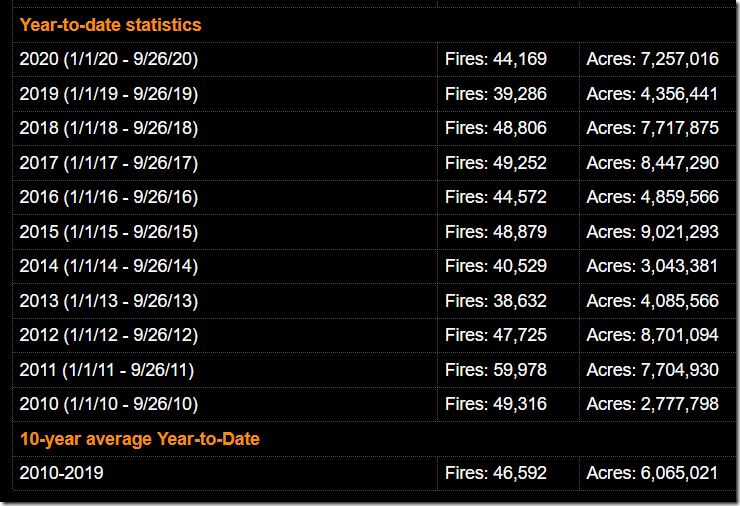 Nationally, this year so far is a long way from being a record, and ranks only sixth since 2010. While the west may be badly hit this year, other areas are faring much better.

Back to Oregon, and a look at the weather data there this summer. The fires have been concentrated along the Willamette Valley, which runs north to Portland: 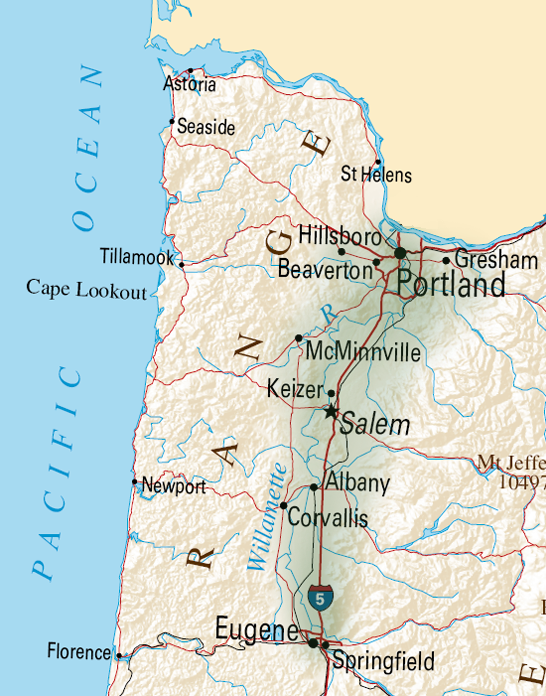 This is Division 2 in Oregon:

Rainfall there this summer has not been unusually low, and recent summers have been no drier than the majority of years prior to the 1970s.

Equally, temperatures have not been especially high this summer, and have been similar to most summers prior to the cold, wet 1970s.

I have not shown the graph, but we see exactly the same pattern occurring in Oregon as a whole.

If we look at the spring and summer combined, we come up with similar results:

Clearly Oregon is warmer and drier than it was in the 1970s to 90s, which may have had an effect on wildfires. But this has nothing to do with global warming, as Oregon’s climate has merely returned to its state prior to that cold, wet interlude.

It is also clear that the intensity of this year’s fires in Oregon are not due to excessive heat or dryness, as the weather there this summer has not been extreme. Other meteorological factors do come into play, of course. As meteorologist Cliff Mass explains, the major factor behind this year’s fires has been strong, dry easterly winds, something which is expected to weaken under global warming.

One thought on “Oregon’s Wildfires”