Andrew Montford: How Is Britain’s Most Efficient Windfarm Doing?

The UK’s most efficient* offshore windfarm is Kentish Flats, owned by the nationalised Swedish conglomerate Vattenfall, and situated just outside the Thames estuary, north of Whitstable. Its low costs are due to the very shallow waters in which it sits. 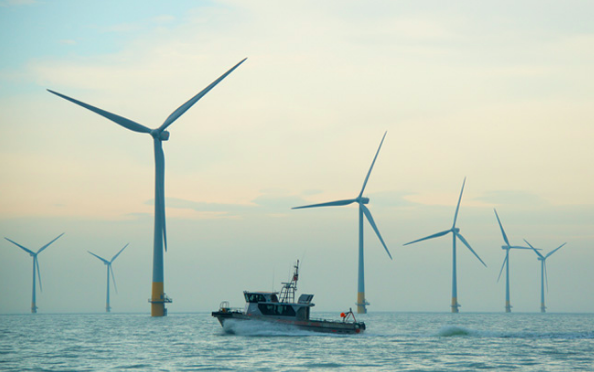 Strangely, being part of an industry that claims to be enjoying rapidly declining costs, Kentish Flats is not a new windfarm. In fact it was one of the UK’s first, commissioned in 2005. Later windfarms moved further offshore, in search of more reliable wind speeds, but were rewarded with higher costs and only marginally better output.

Kentish Flats’ management reckon the useful life of their wind turbines is 20 years, so the windfarm may close at some point in the next few years. It is probably no coincidence that 20 years is also the period for which the operators can claim subsidies. Just how generous the subsidy regime is can be seen from the windfarm’s 2017 results.

In that year, it made a profit before tax of £11 million, but as the notes to the accounts reveal, it also received £11.4 million in subsidies. A further £0.5 million of government grants is being written off each year. In other words, without state support, Kentish Flats would have lost £1 million. Recall that this is the UK’s lowest-cost offshore windfarm.

Note also that it is selling electricity at far above market prices; the 2018 accounts note a rise in prices from £95 to £122/MWh since the previous year, suggesting that a buyer willing to pay vastly over the odds – presumably within the Vattenfall group – had been found to cover up their embarrassment. Last year, that change was largely reversed, and the windfarm only managed to break even before subsidies.

Since Kentish Flats was built 15 years ago, the cost of building and operating an offshore windfarm in the UK has soared. In fact, if you look at those commissioned since 2010, they all have costs more than double those of Kentish Flats. And yet, as we can see, without its subsidies, Kentish Flats is marginally profitable at best. If we also took away its ability to sell at far-above market prices, it would be well and truly sunk.

What we can therefore say, with some certainty, is that the offshore wind fleet is, as a whole, destroying wealth at a remarkable pace.