A funny thing happened to me. I started running ads on Google AdWords calling on Big Tech to stop interfering with medical professionals’ recommendations, especially in respect to Hydroxychloroquine. These ads were linked to a corresponding post on my website. Google demanded that I remove all mentions of Hydroxychloroquine not only in the ads, but even in the post on my website to which they linked. I complied. The ads ran.

Then Google restricted my ads based on the presence of the word “Hydroxychloroquine” in some of the links, including those in the site menus, citing its “policy”:

“In most parts of the world, Google doesn’t allow the use of prescription drug terms in ad text, landing pages, keywords, or source code of a webpage.”  (except for corporations “certified” by Google; emphasis is added)

Earlier, this “policy” forbade only prescription drugs terms in ad text, landing pages and keywords – not in source codes. I will not discuss the legality of these Google “policies” here. Google AdWords allows Gilead to promote harmful Remdesivir, and to make false claims deterring the use of Hydroxychloroquine for COVID-19 (here), but restricts or bans citizens from criticizing it. By the way, as recently as December 2018, Google allowed of advertising of Fentanyl, a synthetic opioid, which caused more than a hundred thousands deaths in 2014-2018.

Here, the focus is on Google banning prescription drug terms in a source code. The source code is not normally seen by visitors. Google knows what the source code is. It probably has billions of lines of it. Why and when did this “policy” change come about? I found the following information about this change:

This suggests that Google changes its “policies” to justify decisions motivated by extremist politics, probably coming from low-ranking employees. It appears that Google changed its ads “policy” nationwide to ban my ads worth a few hundreds dollars.

This website does not sells anything and does not link to any external pages selling drugs. 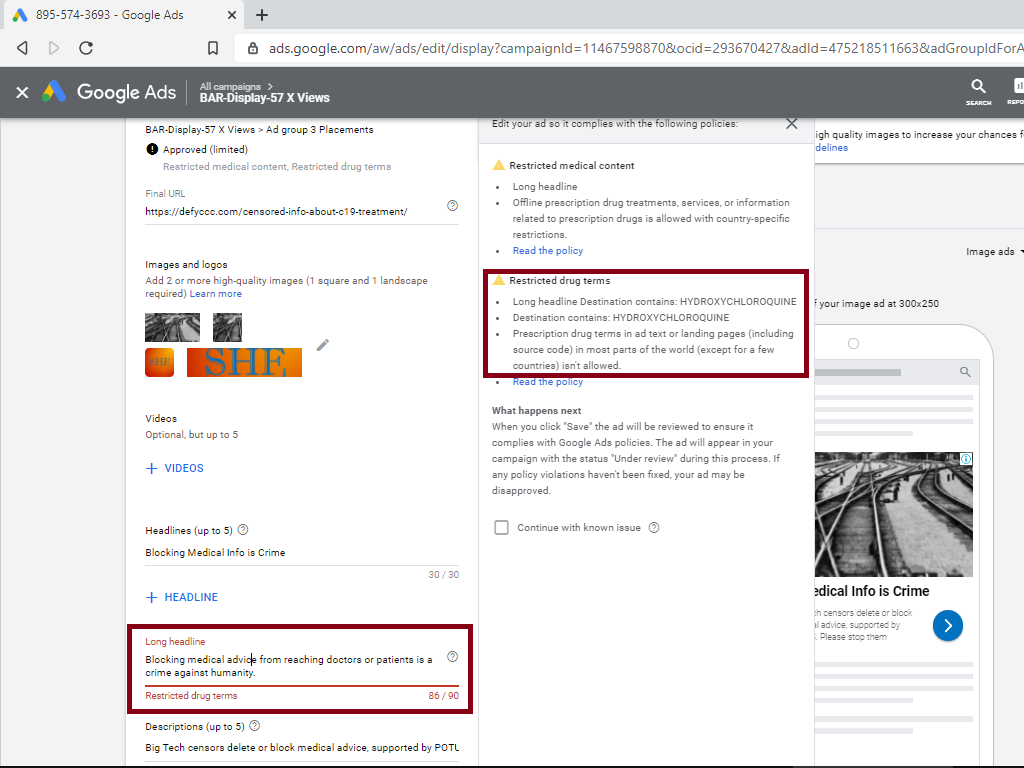 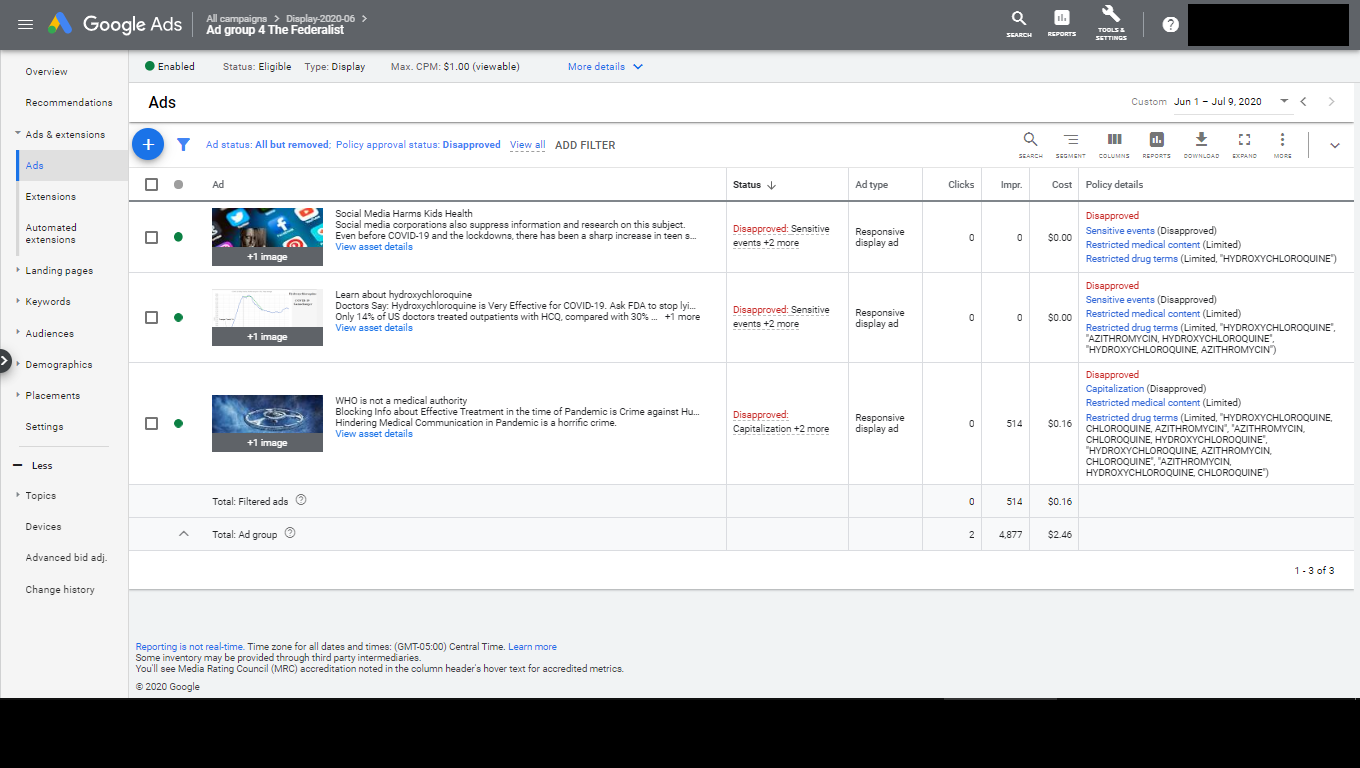 The British English and Spanish versions at the same time – not mentioning source code. 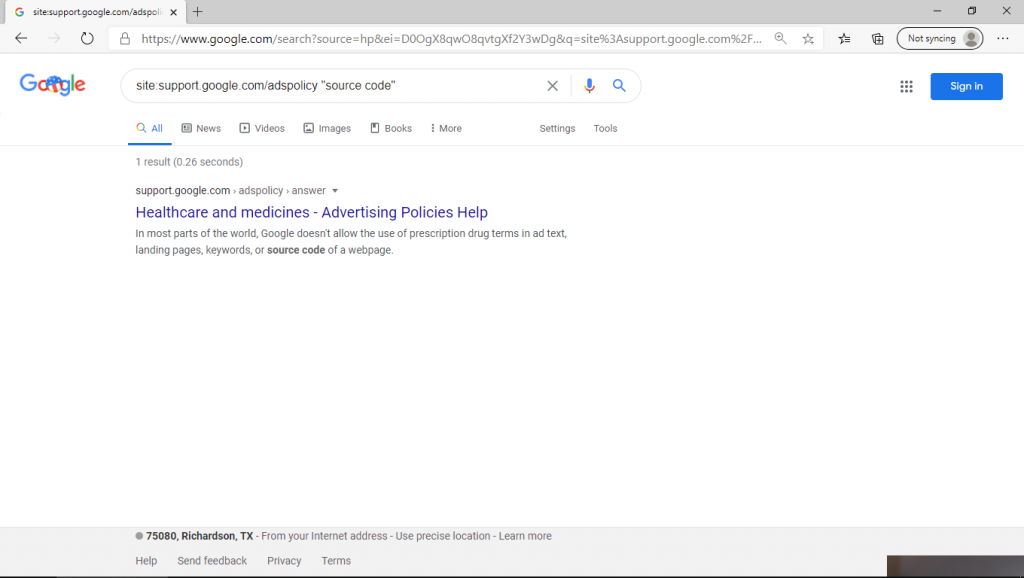 The differences between the British and US English versions of the same policy for the US. The “source code” is the only non-linguistic difference: google-176031-diffs-highlighted.pdf