Have Trump/Barr led the Biden campaign into a lethal trap? Was a legal FISA warrant obtained to surveil campaign?

If you watched the Trump Team’s press conference yesterday like I did, you probably wondered why on earth they held it where they did: Four Seasons Total Landscaping, owned by Marie Siravo, located in an industrial zone next to an adult bookstore and crematorium in the outskirts of Philadelphia!

The media was completely baffled by the location choice. Slate, for example, hints the Trump team was probably so incompetent that they mixed up the business with the Four Seasons hotel in Philadelphia.

But then earlier this morning I stumbled upon a Twitter thread that provided an interesting viewpoint. Normally I’d dismiss such things as a conspiracy theory, yet my gut feeling tells me maybe there’s something behind it. Here’s that Twitter thread. I’ve cut and pasted it fearing that it might disappear. 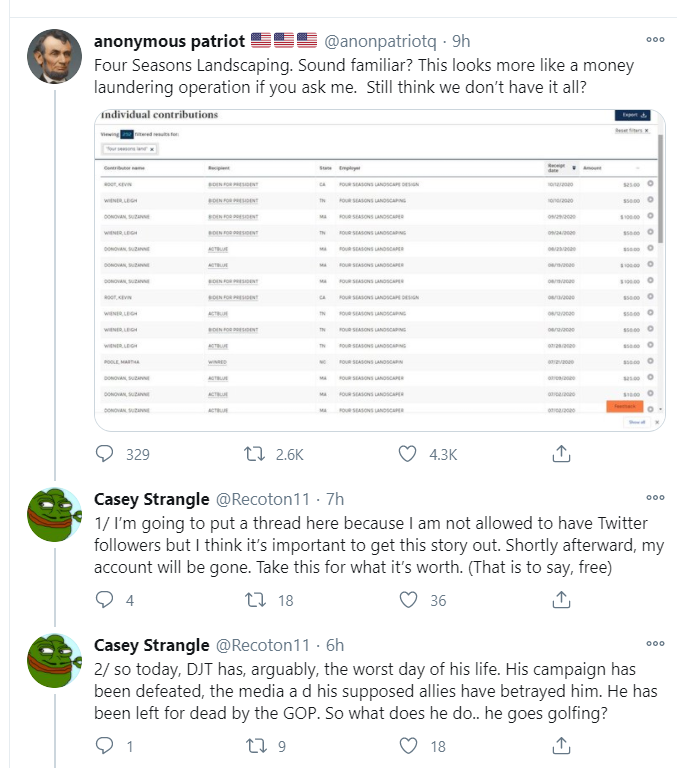 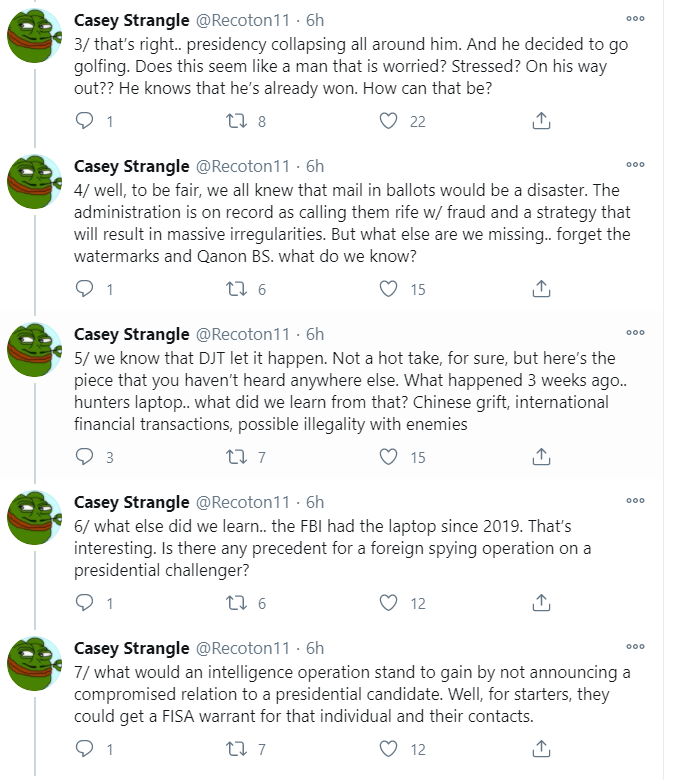 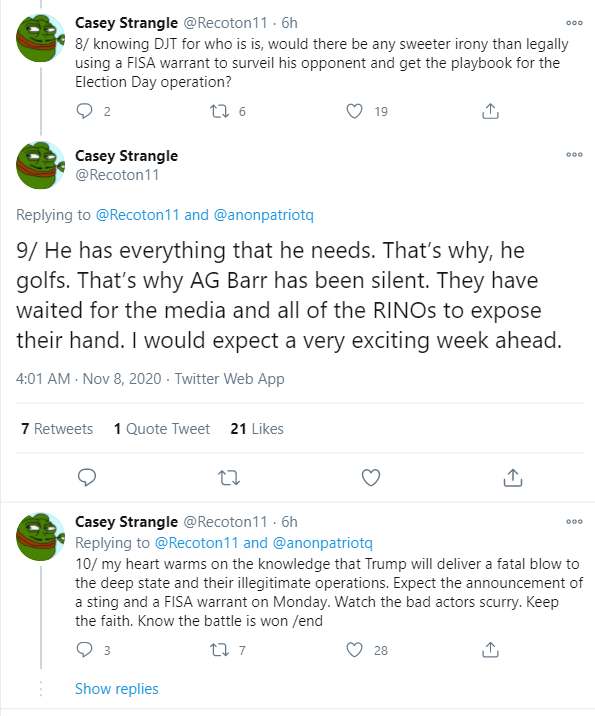 Could federal agents and crime fighting units really be that smart? If this were true, Barr and Trump would be absolute geniuses. We all know Giuliani is a top notch organized crime fighter with half a century of experience. He’s seen it all. Maybe he’s sending a message to the Democrats: We’re miles ahead of you.

Could this business also be the location for ballot fraud operations? Has it been bugged and surveilled by the authorities for weeks? Oh what irony this would be.

Or maybe that location was simply chosen to fool potential protesters and Antifa from showing up and disturbing the press conference.

Anyway, it’s just a really weird place for a press conference. Maybe some Democrats are panicking. One thing is clear: There’s mounting hard evidence of massive voter fraud committed and the Democrat operatives are desperate to keep a tight lid on it.

One thought on “Baffling Choice For Press Conference Location…Is Trump Team Miles Ahead On 2020 Voter Fraud?”