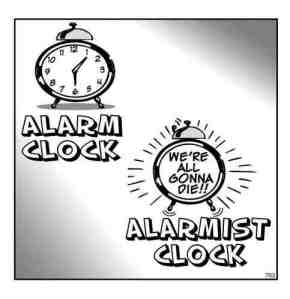 Overblown warming claims, arising from climate modellers obsessing over trace gases, may be unstoppable but some measure of reality surfaces briefly here.
– – –
A top scientific journal which claimed that global warming may already be unstoppable has been forced to issue a clarification after being accused of potentially causing “unnecessary despair”, says The GWPF.

After being strongly criticised by leading British scientists, the journal issued a revised press release which admitted that the prediction was based on a particular computer model and said the results should be tested by “alternative models”.

The study says that even if man-made greenhouse gas emissions were to reduce to zero this year, global temperatures would still be about 3C warmer and sea levels 2.5m higher by 2500 compared with 1850.

Richard Betts, professor of climate impacts at the University of Exeter, criticised the press release and questioned the study’s conclusions, saying there was a risk of the public being given a “frightening message” that was misleading.

“While the press release suggests that global warming may now be unstoppable for centuries, the model result in this paper is not convincing as support for that message,” he said.