The reference is to the public dismay when beloved baseball player “Shoeless” Joe Jackson was accused as one of the 1919 Chicago White Sox participating in a conspiracy to fix the World Series.   One day historians may look back upon the 2020 election in this way; or not if it is the victors who write the record.

In any case this post is actually about a timely article by Joel Kotkin at Real Clear Energy.  I have posted a number of his insightful essays in the past, but have mixed feelings about this one.  He expresses a number of things I fear are true, but the effect is so discouraging as to suggest throwing in the towel.  Judge for yourself: The article is The End Game.  Excerpts in italics with my bolds and images. 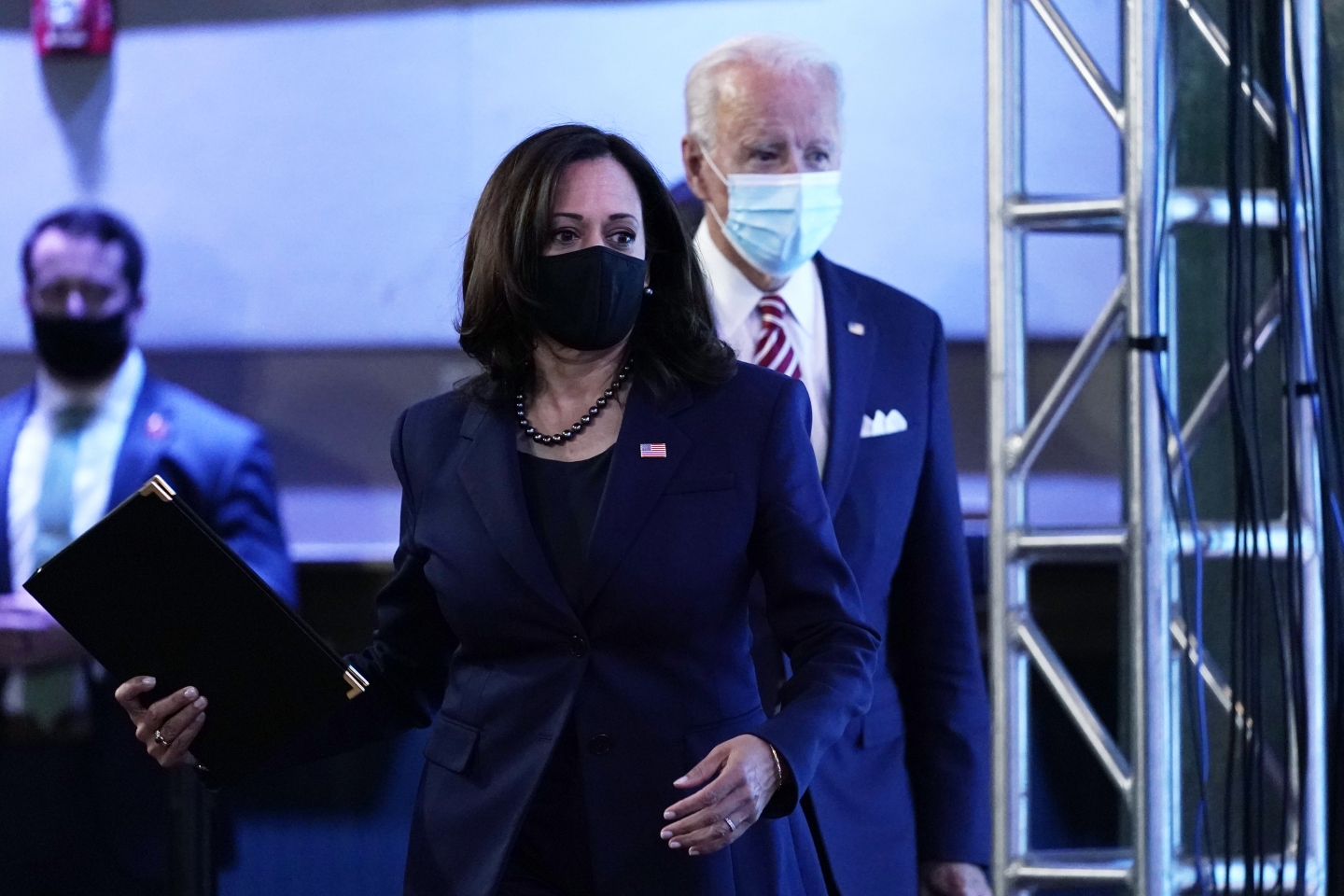 With the election of Joe Biden, the environmental movement has now established suzerainty over global economics. Gone not only is the troublesome Donald Trump but also the Canadian skeptic Steven Harper. Outside of those dismissed as far right, there is virtually no serious debate about how to address climate change in the U.S. or Western Europe outside the parameters suggested by mainstream green groups.

In reality, though, few electorates anywhere are ready for extreme policies such as the Green New Deal, which, as its widely acknowledged architect, Saikat Chakrabarti, has acknowledged, is really a redder, more openly anti-capitalist version of the Great Depression-era original.

Yet getting hysterical about the likes of Alexandria Ocasio-Cortez is a waste of emotional energy. The real power of the environmental movement derives from those who occupy “the commanding heights” of our society – at the corporate, media, and academic realms. Though arguably not holding views as economically ludicrous as AOC’s, mainstream corporate greens are far more likely to successfully impose their version of environmental justice on the rest of us.

A finer shade of green

The modern environmental movement was launched from the top of the economic food chain. The Rockefeller Brothers, for example, funded some of the earliest environmental work, notably on population control. Today, these depositories of old money built on fossil fuels, including not just the Rockefellers but also the Fords, have become leading advocates of radical climate policies.

In 1972, the influential book Limits to Growth was published with backing from major corporate interests, led by Aurelio Peccei of Fiat. The book’s authors suggested that the earth was running out of natural resources at a rapid pace and called for establishing “global equilibrium” through restrictions on growth and “a carefully controlled balance” of population and capital. These conclusions, mostly accepted in top media, academic, and political circles, turned out to be almost comically off target, as production of food, energy, and raw materials accompanied not the predicted mass starvation but arguably the greatest rise of global living standards in history.

Yet despite this record, a growing and powerful faction of the corporate aristocracy still embraces the ideals of the Club of Rome, seeking to cut human consumption and limit economic progress. Like religious prelates in the Middle Ages, today’s environmentalists – who The Nation’s Alexander Cockburn has aptly named “greenhouse fearmongers” – see no contradiction between imposing austerity on the masses and excusing the excesses of their ultra-rich supporters. Like sinful aristocrats and merchant princes in medieval times, our “green rich” can even buy a modern version of indulgences through carbon credits and other virtue-signaling devices. This allows them to save the planet in style. In 2019, an estimated 1,500 GHG-spewing private jets were flown to Davos carrying attendees to a conference to discuss the environmental crisis. Few high-profile climate activists, including celebrities, seem willing to give up their multiple houses, yachts, or plethora of cars.

These worthies likely don’t share the notion advanced by Barry Commoner, a founding father of modern environmentalism, that “capitalism is the earth’s number one enemy.” Today’s green elites have no interest in breaking up tech oligarchies, limiting Wall Street’s financial power, or lessening the burdens of green policies on the poor and working class. Nor are they likely, at least for now, to embrace such things now bandied about by extreme green academics and activists, such as considering an insect diet, restricting meat, curbing procreation, or even advocating total human extinction.

Rather, many elites have embraced the concept of “degrowth,” which foresees less economic expansion, a declining population, and a radical end to upward mobility. One set of proposals from the IPCC endorses this notion and openly rejects “a capital-oriented culture“ seeing a more centralized approach as critical to saving the planet.” The World Economic Forum’s founder Klaus Schwab, the lord of Davos, for example, envisions the rise of a new business class motivated by “virtuous instincts” that include such things as eliminating fossil fuels. This woke corporate mindset is sold as a form of “stakeholder capitalism,” while following the progressive cultural agenda on gender and race as well.

Though couched in laudable intentions, this agenda also is remarkably self-serving. The British Marxist historian James Heartfield suggests that “Green capitalism” provides a perfect opportunity to maximize return on artificially scarcer resources, like land and agricultural products, notably through mandates and tax breaks for renewable energy. The green economy has already spawned its first mega-billionaire, Elon Musk, whose core businesses benefited enormously on regulatory and tax policies that favor his products. In the future, expect other, less innovative oligarchs happy to take advantage of centrally imposed scarcity, making money under the pretext of “human survival.” Who pays when things don’t work

The wealthy, such as Jeff Bezos – who earlier this year gave $10 billion to environmental groups – can demand strict policies to curb climate change because they can afford the effect of these policies. It won’t restrict their ability to make billions, maintain mansions in the style of Hapsburg royalty, or fly in private jets. By contrast, oil riggers, factory employees, or construction workers who drive old trucks to work will be seriously harmed by bans on fossil fuels. For them, the forced march to a prearranged green utopia won’t be so sweet, and the promise of “green jobs” no substitute for the real thing,

For these workers and their families, the price of green piety is reduced resources for schooling, medical bills, or even food. California, with its lion’s share of multibillionaires, suffers the highest poverty rate, adjusted for costs, of any state and a widespread expansion of energy poverty. These policies are already threatening to raise costs on the east coast, where wind energy prices are estimated to be five times conventional electrical generation. Similarly, as many as one in four Germans, and three-fourths of Greeks, have cut other spending to pay their electricity bills, which is the economic definition of “energy poverty.”

To date, these negatives have done little to slow California’s madcap attempt to go “all electric.” This policy is doomed to fail as it seeks to boost electricity use while removing the most affordable and reliable ways to supply it. Worse yet, these policies will also have damaging environmental effects, forcing the creation of massive new solar plants in the state’s most vulnerable agricultural areas and open space. A 2015 study by the Carnegie Institution for Science and Stanford University suggests that building enough solar power to reduce U.S. emissions by 80 percent in 2050 could require upwards of more than 27,500 square miles, destroying both farmland and unique natural habitats along the way.

California is seeking similar emissions cuts by mandating building and transport electrification using solar and wind power, but state climate leaders have yet to disclose the location or scale of devastated land that their policies require. According to a 2019 report by The Nature Conservancy and the state’s own technical experts, as much as 3 million acres – nearly 4,700 square miles – could be sacrificed by 2050, including much of the state’s Central Valley and, if neighboring states agree, sprawling industrial development throughout the western U.S. Overall, electric-car production and solar plants pose their own, though rarely reported, environmental problems, particularly connected to mining for rare-earth materials. 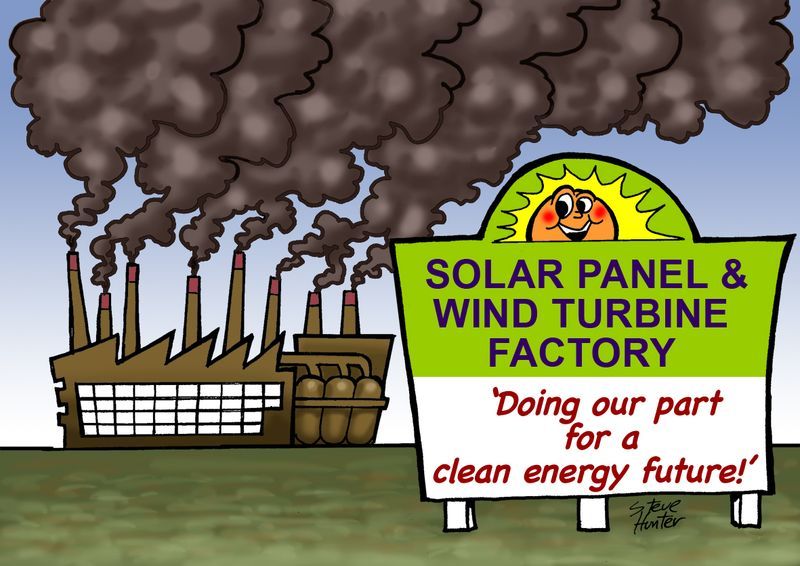 The tragic, and relentlessly disruptive, coronavirus lockdowns can be justified as a real response to a clear, present, and sometimes-lethal danger. But some greens also see the lockdowns as a “test run” for the kinds of regulations we may face under future green regimes. The “visionary” Davos mogul Schwab, for example, sees the pandemic as an opportunity for a major “reset,” one preliminary to a post-growth regime based on the more enlightened values of the economic elect.

This new order would follow the Davos script, locking down whole parts of the economy and restricting consumer choice, notably for housing and transportation. To sell this somewhat unpalatable agenda, greens and their elite allies have imposed an orthodoxy that excludes dissent. Today, open rational discussion about how to best protect the planet is about as rare as open debate over God’s existence would have been in the Catholic Church of the eleventh century. There’s even a movement, already adopted in France and Belgium, to make what’s called “ecocide” a crime.

Today even veteran climate scientists – such as Roger Pielke, Judith Curry, or Greenpeace co-founder Patrick Moore, are treated as heretics for questioning global-warming orthodoxy. Longtime activists such as Michael Shellenberger and even radical propagandist Michael Moore, whose recent documentary “Planet of Humans” exposed the ecological impact and corporate profiteering of “green” power, have suffered de-platforming for offending the sensibilities of green activists and their billionaire patrons.

This is a poor way to tackle a complex scientific issue, where open inquiry and debate are needed, observes Steve Koonin, President Obama’s undersecretary of energy for science.

Are there better, fairer solutions?

What the green end game is likely to produce is an increasingly static and hierarchical society, perhaps torn apart by raging class conflict between the oligarchs and their allies, on one side, and the beleaguered middle and working classes, on the other. We can already see signs of this in California, where Latino and African-American activists object to paying for the fantasies of the green grandees, a phenomenon also seen in grassroots movements in France, the Netherlands, and Norway. The impact on developing countries, in particular, could be severe, with potentially gruesome consequences.

But, ultimately, we may not have to choose between a better economy and a better environment.

For example, we could encourage, not ban, the substitution of cheap and plentiful natural gas for higher emission fuels, such as coal or diesel, a strategy that has already proven to substantially reduce U.S. emissions, and that could become even more effective if carbon capture or renewable gas technologies mature. We also could encourage the current trend to online dispersion of work, which could hold terrific opportunities not only for reducing emissions but also for reviving family life and encouraging entrepreneurialism.

We must not let our lives be constrained by the concentrated power of an unelected ruling class, whose agenda would reinstate a version of the hierarchical society of feudal times.