As promised, back to those heat pumps! 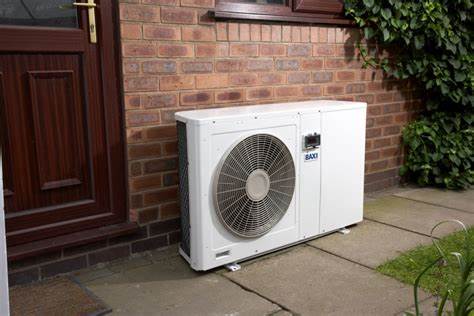 According to the Tradesmen Costs website, heat pumps would range from 6 KW for a terraced house to 9 KW for a typical detached.  If we take 8 KW as the norm, 25 million homes would potentially need 200 GW of grid capacity, purely for heating alone.

In fact, the energy ratings of 6 to 9 KW referred Energy Output, not input, so my figure of 200 GW is overstated.

I have therefore investigated further, and needless to say the situation is complex to say the least!

Let’s start with the Committee on Climate Change. In their Net Zero report, they concluded that peak demand would rise from 50 GW to 150 GW by 2050:

This increase included 40 GW for electric cars. Although there will be other small increases in power consumption in other areas, these tend to be offset by better energy efficiency and demand side response.

We can reasonably assume that heat pumps therefore account for about 60 GW. However, they also tell us that this assumes a large role for hydrogen via hybrid heat pumps. The hydrogen of course aims to meet peak demand in cold periods, instead of overloading the grid, but more on this later.

They also assume 19 million homes will have heat pumps fitted, whereas my calculations assumed 25 million – the CCC plan that most of the rest are part of district heat networks.

Given the above, it is not unreasonable to project we would need about 100 GW, based on full heat pumps (with no hydrogen) and 25 million homes.

But we can drill down a bit more. The CCC relied heavily on a 146 page study by Element Energy for their heating calculations.

Below is perhaps the most relevant chart, based on a large trial in Manchester:

Based on a relatively small 5 KW heat pump (typically for a terraced house or flat), the chart show the average daily half hour peak demand for three different heat pumps over a three year period. The Peak Day in the final column is the peak demand on the coldest day in those three years.

Hybrid heat pumps speak for themselves, whilst the standard heat pumps are split between those supplying hot water and those not.

My calculations assumed hot water would be supplied separately, so ignoring the hybrid option we are looking at around 2 GW of peak demand for each unit. As a typical heat pump would be 8 GW, we can increase the 2GW to 3.2 GW.

There is one other important factor here though. Element Energy’s figures are based on continuous working, which obviously reduces peak loading. It may well be that some people will not want to heat their homes at night, as it may make sleep difficult. (We have our bedroom window wide open in the middle of winter!) Equally they may not want to heat the house all day if they are out.

However, heat pumps are totally unsuited to this sort of intermittent operation, as Element explain:

Fig 9-10 shows the difference that “twice a day” operation can make to peak demand, typically increasing continuous heating by a factor of five:

Even assuming continuous operation, 19 million heat pumps would require extra capacity of 66 GW, based on the typical semi detached. Potential twice a day working would raise this figure considerable.

Which brings us back to hybrid heat pumps!

To meet winter peak loads, not to mention the demands of twice a day, an additional source of heat is vital. In the long run, the CCC propose the use of hydrogen, either in stand alone boilers, or as part of hybrid heat pump systems, where the hydrogen is piped in to boost the water temperature.

These hybrid heat pumps can cost about £1000 more.

But, of course, we have no hydrogen supply, nor are likely to before 2040. So what will we do?

There is only one answer – continue using natural gas, either through conventional boilers, or with hybrids (which would then need to be converted to hydrogen at a later date.)

In short, we can spend £6 billion a year installing air heat pumps up and down the country, but we will all still be using lots of natural gas. Given the fact that the latter is much cheaper, we may leave our heat pumps switched off all year and carry on using our boilers!

I should point out that none of the above affects my original costings, which showed that heating bills could triple with the introduction of heat pumps.

Some have queried my calculations, but they are all from reputable, expert sources. For instance, the Green Match website, set up to provide quotes and information on renewable energy sources.

The key factor is the Coefficient of Performance (COP). This measures the efficiency of a heat pump and it does this by measuring the amount of power input compared to the amount of power output produced by the considered system. Hence, the higher the value, the more efficient the system is.

The crucial determinant of COP is the outside temperature.

According to Green Match:

Given that electricity costs five times as much as natural gas, a COP of 2.8 is poor value for money.

Worse still, their costings assume good insulation and an underfloor heating system, which will both cost a lot extra to install:

One further consideration is the supply of hot water. If this comes from a stand alone electric water heater, this would be considerably dearer than that supplied by a gas combi boiler.

In a much milder climate, heat pumps might make more sense. But in Britain they are pretty useless for anybody who is on the gas grid.