Hi, everyone.
Today, I checked the mean annual temperatures in Corsicana, Texas which begins in 1880, according to NASA. 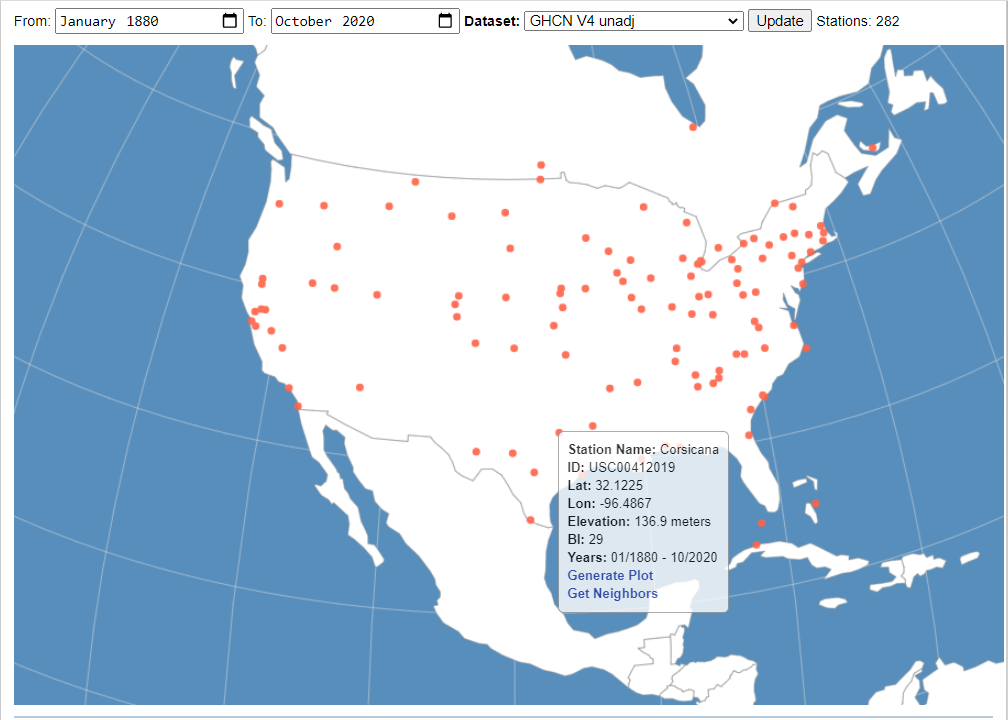 The GHCN V4 Unadjusted data shows that the city has had a cooling trend since 1880.

However, the GHCN V4 adj – homogenized data shows the station doesn’t have any annual temperature data from 1880 to 1948, and has had an obvious warming trend.

Looking at the GHCN V3 Unadjusted data, Corsicana has had a cooling trend, but the station didn’t have annual temperature data from 1880 to 1892. At first I was wondering how did NASA get the data before 1893, but I know that NASA just loves changing their data.