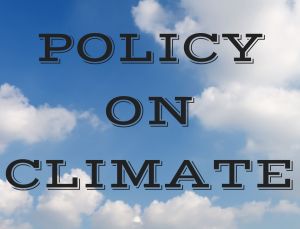 Well, exactly. Only quoting short parts of the article here, as it’s laced with the inevitable nods to questionable (to say the least) ‘greenhouse gas’ theory that seems to create havoc in climate models, constantly pushing them out of alignment with observations. Instead a few points of interest are selected. [Talkshop comments are in italics].
– – –
The worldwide effort to prevent Earth from becoming an unlivable hothouse [according to climate models] is in the grips of “net zero” fever, says Phys.org.

“In many cases, net-zero pledges are an improvement, but in others the ‘net’ provision is a black box that can conceal all sorts of problems,” Duncan McLaren, a professor at Lancaster University’s Environment Centre, told AFP.
. . .
“The devil is in the details,” said Kelly Levin, a senior associate with the World Resources Institute’s (WRI) global climate program.

There are several keys to evaluating the worth of carbon neutral promises, Levin and other experts said.

The first is whether they apply to all greenhouse gases, or just carbon dioxide.
. . .
New Zealand for instance cemented it’s net-zero-by-2050 vows into law in November 2019, but with a woolly caveat: it only applies to CO2.

A third of the country’s total emissions come from belching cattle and especially sheep. [You couldn’t make this stuff up.]
. . .
The UN’s climate science advisory panel, the IPCC, has said that manmade emissions must drop 45 percent by 2030—and then 100 percent by 2050—to have any hope of staying on this side of the 1.5C guardrail. [Make-believe all the way.]
. . .
“You cannot get to net zero without some carbon dioxide removal,” or CDR, said Oliver Geden, a researcher at the German Institute for International and Security Affairs, and an IPCC lead author.

And yet all of the options on the table for taking excess carbon out of the air remain deeply flawed, experts say.

To work at scale, an area more than twice the size of India would be needed for tree farms by the latter half of the century, studies have shown.
. . .
Another approach—in which the CO2 emitted from burning biofuels is buried underground—runs into a similar problem.

Meanwhile, technology that draws CO2 directly from the air, to be sequestered or converted into fuel pellets, remains in its infancy.

“There is a large degree of uncertainty about the scale and availability of future carbon removals from both land-based carbon sinks (trees), and emerging carbon-removal technologies,” said Levin of WRI.
. . .
A UN report last week showed that global fossil fuel production must in fact decline roughly 6 percent annually over the next decade to keep the 1.5C target in view. [Fuel starvation is a problem, not a solution.]
. . .
Finally, one must read the fine print of net zero pledges to see exactly what is, or is not, included.

“There is not an agreed set of principles and guidelines for these plans, so they are rife with loopholes,” said Jesse Bragg, media director for watchdog NGO Corporate Accountability.

Many national schemes leave out the aviation and shipping sectors which, if they were nations, would each rank in the top ten of global emitters.
. . .
But even if promises on carbon neutrality are all kept, he added, that only stabilises the greenhouse gases in the atmosphere.

“That means climate change impacts will remain as bad or worse than they are now unless we subsequently increase removals to bring concentrations down,” he said. [Bad news for plants, vegetation, trees etc. relying on CO2 for photosynthesis. And for the people who use or need them].