How to see it, plus videos – here.
– – –
Jupiter and Saturn will merge in the night sky Monday, appearing closer to one another than they have since Galileo’s time in the 17th century, says Phys.org.

Jupiter passes its neighbor Saturn in their respective laps around the sun every 20 years.

But the one coming up is especially close: Jupiter and Saturn will be just one-tenth of a degree apart from our perspective or about one-fifth the width of a full moon.

They should be easily visible around the world a little after sunset, weather permitting.

“What is most rare is a close conjunction that occurs in our nighttime sky,” said Vanderbilt University’s David Weintraub, an astronomy professor.

“I think it’s fair to say that such an event typically may occur just once in any one person’s lifetime, and I think ‘once in my lifetime’ is a pretty good test of whether something merits being labeled as rare or special.” 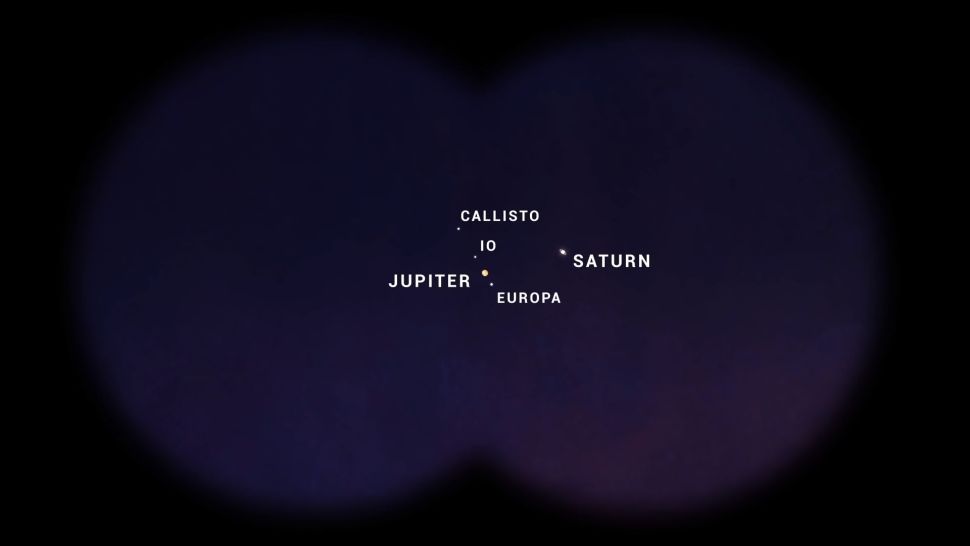