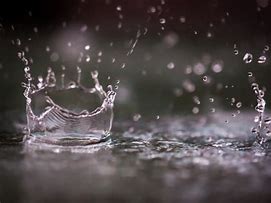 One of the things that the Met Office are extremely poor at is the provision of daily meteorological data. You would almost think they did not want the public to check the facts for themselves!!

They publish monthly data for a small selection of UK sites, but if you want daily data you have to pay for it. Whenever I need it, I refuse to pay and simply insist they supply it to me under FOI, which causes them more work and creates delay for me.

Daily temperature data is not a huge problem, because we can get that from CET. However daily rainfall data is more problematic, particularly when we need to counter regular claims about extreme rainfall.

Daily data is available on an areal basis via the England & Wales Precipitation Series, both on a national and regional basis. This is useful, but unfortunately only begins in 1931.

I have been able to access individual station data from the Dutch Met Office, KNMI, but data for UK stations end in 2018. When I queried this with them last year, I was told the Met Office had stopped supplying the information, because they want us to use their MIDAS system. I have used it, and it is a pretty awful system, and apart from anything else only gets updated once a year.

Fortunately I have also come across the European Climate Assessment & Dataset (ECA&D), which happens to be run by KNMI. This too is limited to data up to 2018, but it offers some impressive tools for charting.

A bit of a long story(!), but I am now using it to compile data and charts for a sample of long running UK stations. I have chosen:

These stations give a reasonable geographic coverage of England, and all except for Yeovilton have long running data. Yeovilton is the exception, with data only available from 1965. However there are no stations in the South West or Wales with anything longer unfortunately.

I have chosen three sets of charts, each a measure of rainfall extremes:

No of Very Heavy Rainfall Days

Let’s start with the first, which is the average rainfall for each day when it rained – defined as 1mm or more:

These show a broadly North/South split.

Durham clearly shows 2012 as an outlier.Despite the gaps in data however, there is other wise no trend to wetter days.

Across the rest of the country, there is no evidence of any trend upwards or higher peaks in recent years.

Of course, an increase in the average rainfall/rainday may just mean slightly wetter days across the board, rather than an increase in extreme rainfall. Tomorrow I will publish charts, which should throw more light on matters.

I will also be asking for the 2019 and 2020 data from the Met Office once the year is ended, so I can update these graphs.