New data shows the global climate-related death risk has dropped by over 99% since 1920.

Below is an update of the graph in the 2020 peer-reviewed article by Bjørn Lomborg: Welfare in the 21st century: Increasing development, reducing inequality, the impact of climate change, and the cost of climate policies 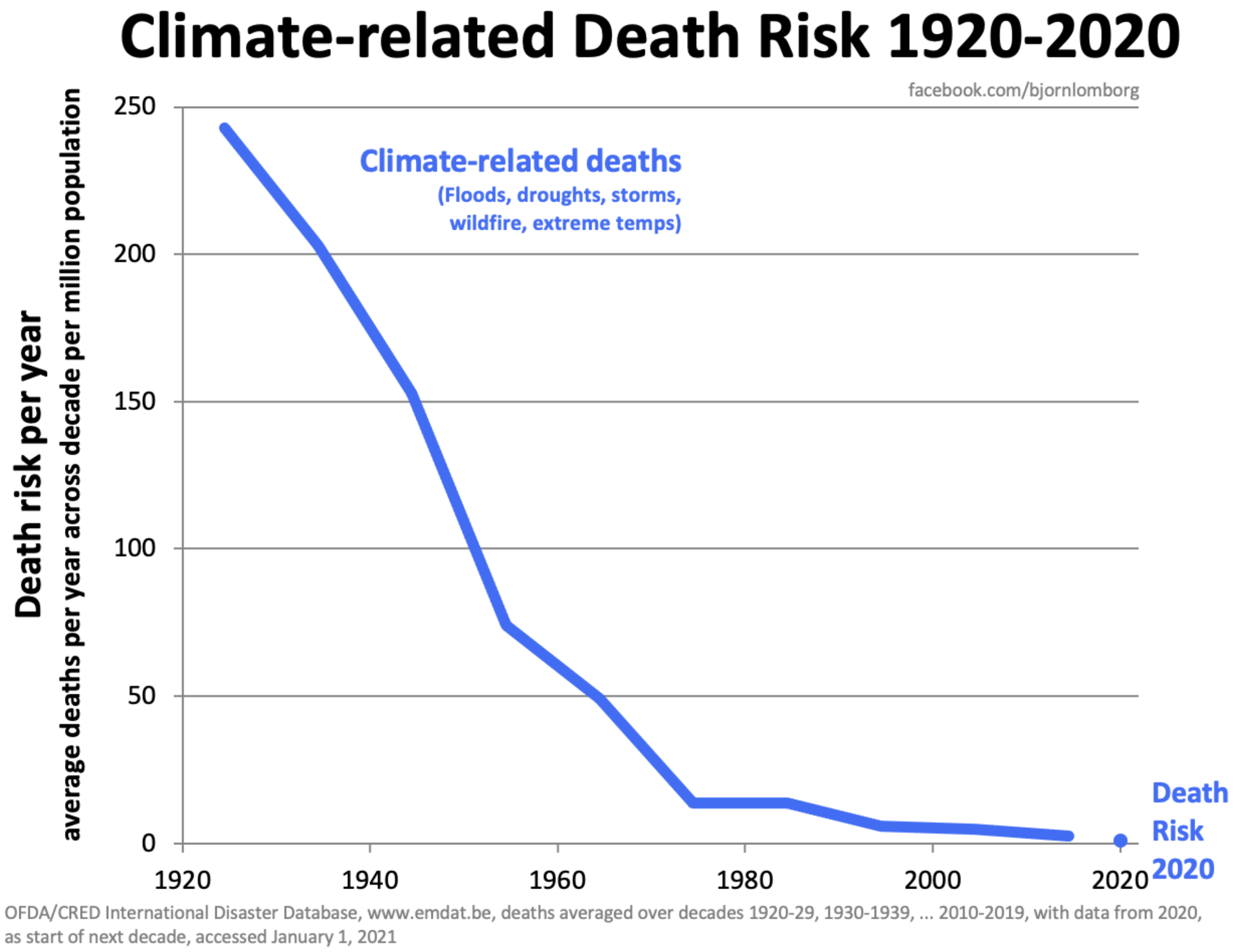 Lomborg posted the updated graph on his Facebook page January 2nd, 2021. Clearly, the risk from climate related disaster has shrunk to nearly nothing.

But because the world’s population also quadrupled at the same time, the climate-related *death risk* has dropped even faster. The death risk is the probability of you dying in any one year. In the 1920s, it was 243 out of a million people that would die from climate-related disasters.

This is clearly the opposite of what climate alarmists have been screaming about, but that is because we’re been exposed to a constant stream of “disaster TV” on cable news and Internet news outlets telling us daily about yet another new disaster, which invariably gets blamed on “climate change”.

There’s an important distinction that must be made: increased reports does not equal increased death risk.

While the number of reported events is increasing, that is mainly due to increased reporting. Called “the CNN effect“, we now have 24 hour news, Internet, and people able to make reports of weather disasters from their cellphones, i.e. storm-chasers.

30 years ago, we had none of that, and we weren’t exposed to the constant stream of disaster reporting with the climate blame-game attached.

Despite this good news, it is unlikely to deter climate alarmism, since it has evolved into a belief system, eschewing data and science for “climate justice”.