A new book review in The Times:

When Donald Trump offered to buy Greenland from Denmark in 2019 it was dismissed as illegal and absurd. However, the president’s expression of interest was far from absurd, says Guillaume Pitron. Under its soil Greenland boasts one of the largest concentrations of the rare metals that the world will need to power electric cars, computers, mobile phones, robots, solar power plants, artificial intelligence and many high-tech “green” innovations that have not been dreamt up yet. If Trump were after those minerals, buying Greenland would have been a smart move.

The global production and sales of rare metals are dominated by China. It mines so much of them on home soil and controls so much of their extraction in Africa and elsewhere that it oversees up to 95 per cent of the global production of certain minerals. This puts Beijing in charge of “the oil of the 21st century”, writes Pitron, which is a problem for western nations because it means China can restrict supply and drive prices up or down at will, as Opec does with oil. We have “entrusted a precious monopoly of mineral sovereignty to potential rivals”, he notes.

China’s dominance is not the only problem with the rare earth metals market. In our rush to develop new green technologies, Pitron argues, we forget that many of the innovations that we are told will help to combat climate change are very dirty. Electric cars, it’s true, do not emit CO2 or NO2. But when you factor in the environmental cost of extracting all the rare earth minerals that go into making batteries, it is far from clear whether their overall footprint is better than existing petrol models. 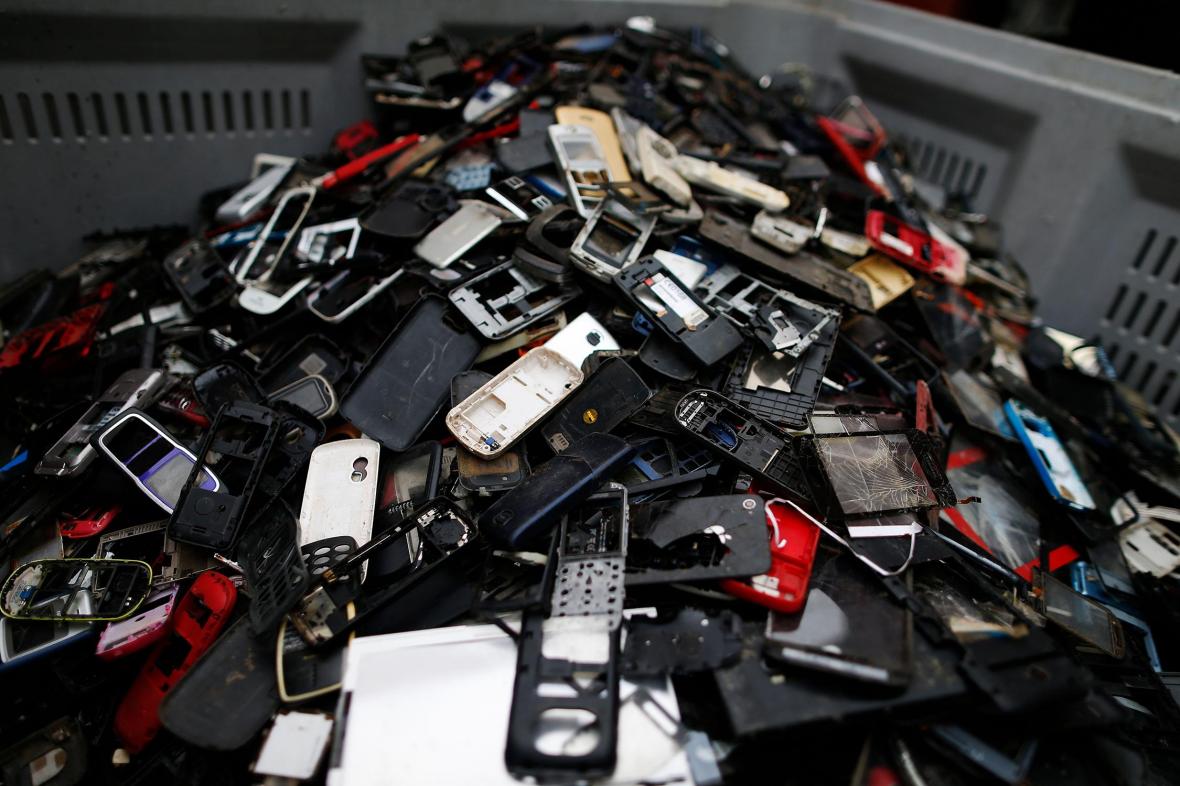 Discarded devices waiting to have their precious metals extracted

Rare earth minerals production is very energy intensive. Extracting a single kilogram of some requires mining as much as 1,200 tonnes of rock. “Clean energy is a dirty affair,” Pitron writes. He drives home his point by touring villages near polluted lakes in China that are known locally as “cancer villages”.

We all love the communications revolution spawned by mobile phones, tablets, PCs and video and audio streaming services. But Pitron points out that all the devices we use consume rare metals and that the servers that power them are hugely energy hungry. He cites studies showing that the communications industry consumes 10 per cent of global electricity and produces 50 per cent more greenhouse gases than the aviation industry.

And all this is before we get to the sulphurous issue of recycling. Recycling large electric car batteries could be the next diesel scandal, he warns. He quotes Carlos Tavares, the boss of the newly merged Peugeot Fiat group, who warns: “If we are instructed to make electric vehicles, authorities and administrations must assume the scientific responsibility of this choice. I don’t want to find that in 20 or 30 years we’ve fallen short in aspects such as battery recycling.”

If the message of this book is a tough one, it can be tough going too. It was written in French and has too often been translated literally. Pitron’s style is “tell, not show”, making it read more like a lecture on the geopolitics of raw materials than what it purports to be: a wake-up report on a looming crisis. There are too many unnamed sources for my taste. And some of the sources we’re introduced to I’m not sure we need to be burdened with. The deliberations of the China Nonferrous Metal Mining Group Corporation will be of scant interest to most readers.

Yet it is worth persevering with, because much of what he says will be new to readers. I did not know, for instance, that America’s most high-tech weapons are dependent on magnets and other components made in China using rare metals mined in China. Nor that up to 90 per cent of electric car batteries are made in China. This dependency makes the issue of Chinese-made Huawei communications equipment creeping into our telecoms networks look like small beer.

I also had no idea that as well as all the rare earth minerals we will need to extract to drive the green energy revolution we will also need to mine vast quantities of more everyday metals. The case of wind turbines is alarming. To keep up with projected market growth in turbine demand and construction will require by 2050 some 3,200 million tonnes of steel, 310 million tonnes of aluminium and 40 million tonnes of copper, Pitron calculates. Chuck in all the raw materials needed to build everything from billions of green car chassis to new solar power plants and “by 2050, we will have to extract more metals from the subsoil than humanity has extracted since its origin. Our 7.5 billion contemporaries will absorb more mineral resources than the 108 billion humans who have walked the Earth to date.”

In the post-Covid, climate emergency era, we will need to rebuild business and consumer industries in a genuinely responsible way. This book contains few solutions to the problems it identifies. But, after the dieselgate scandal, recognising that the latest technologies might not be as green as we like to think is a good place to start planning for a better world.

The Rare Metals War: The Dark Side of Clean Energy and Digital Technologies by Guillaume Pitron, trans Bianca Jacobsohn