Look down on the Arctic from space and you can see some beautiful arch-like structures sculpted out of sea-ice.

They form in a narrow channel called Nares Strait, which divides the Canadian archipelago from Greenland.

As floes funnel southward down this restricted conduit, they ram up against the coastline to form a dam, and then everything comes to a standstill.

"They look just like the arches in a gothic cathedral," observes Kent Moore from the University of Toronto.

"And it’s the same physics, even though it’s ice. The stress is being distributed all along the arch and that’s what makes it very stable," he told BBC News.

But the UoT Mississauga professor is concerned that these "incredible" ice forms are actually being weakened in the warming Arctic climate. They’re thinning and losing their strength, and this bodes ill, he believes, for the long-term retention of all sea-ice in the region.

Directly to the north of Nares Strait is the Lincoln Sea. It’s where you’ll find some of the oldest, thickest floes in the Arctic Ocean.

It’s this ice that will be the "last to go" when, as the computer models predict, the Arctic becomes ice-free during summer months sometime this century.

There are essentially two ways this old ice can be lost.

It can be melted in place in the rising temperatures or it can be exported. And it’s this second mode that’s in play in Nares Strait.

The 40km-wide channel’s arches act as a kind of valve on the amount of sea-ice that can be pushed out of the Arctic by currents and winds.

When stuck solidly in place, typically from January onwards – the arches shut off all transport (sea-ice can still be exported from the Arctic via the Fram Strait, which is the passage between eastern Greenland and Svalbard).

But what Prof Moore’s and colleagues’ satellite research has shown is that these structures are becoming less reliable barriers. 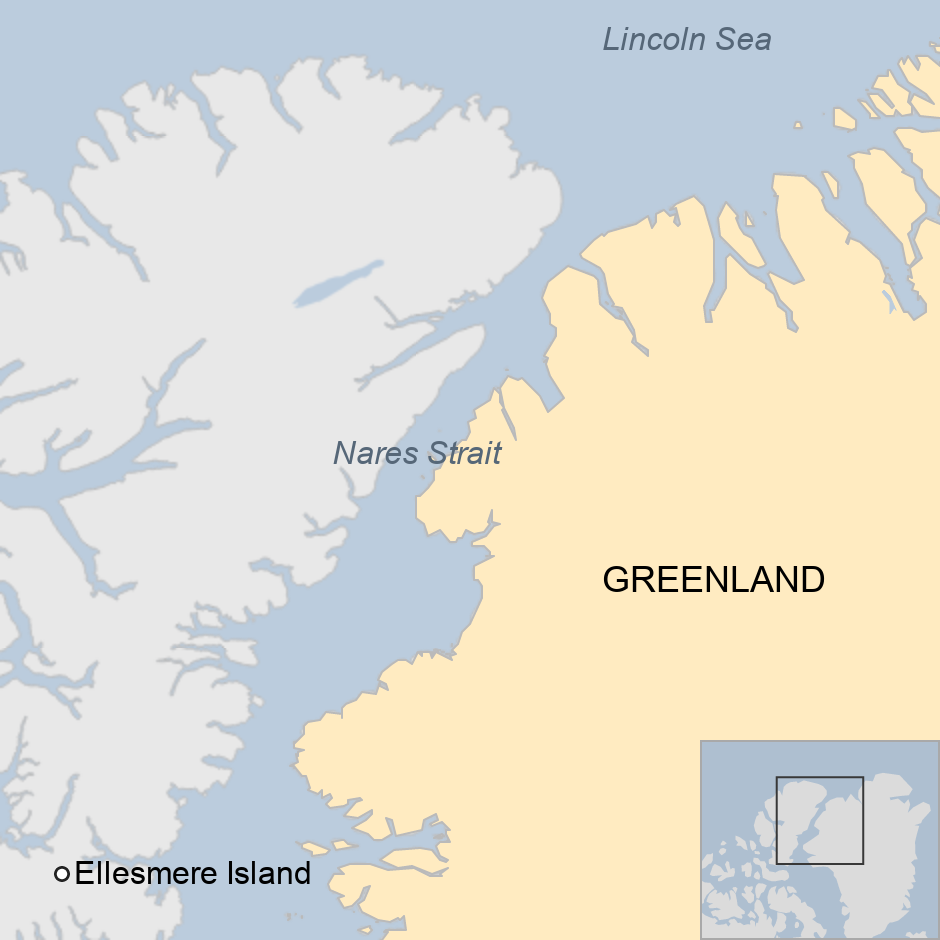 They are forming for shorter periods of time, and the amount of frozen material allowed to pass through the strait is therefore increasing as a consequence.

"We have about 20 years of data, and over that time the duration of these arches is definitely getting shorter," Prof Moore explained.

Prof Moore and colleagues have published their latest research in the journal Nature Communications.

So what is the basis for this latest Arctic scare?

This is the key chart from the paper:

Both 2007 and 2019 were identical in having no arches formed. Whilst 2017 and 2018 were comparable to 2008. It is not statistically possible to draw significance from such a sparsity of data.

And, of course, we do know that temperatures in Greenland fell sharply between 1958 and 2001 – after all, Jonathan Amos told us himself in 2003!

It is therefore meaningless to compare current ice arch data with the 1990s.

The paper claims that ice loss through the Nares Strait could be leading to loss of thick, multi year ice to the north, in the Lincoln Sea.

However, DMI maps show nothing of the sort. If anything the thick ice has expanded there since 2009 (the area is circled). If ice loss was apparent, it should show up in May, because of the early break up of the arches:

As for what is “normal”, archaeologists have discovered plenty of evidence that the Vikings were hunting and trading in the area of the Nares Strait during the Middle Ages. As with the rest of Greenland, this is strong evidence of a warmer climate then.