COP26 in trouble as Boris Johnson’s government split over new coal mine.

What a fuss over a mine that produces coking coal used in steel-making. Utter madness! 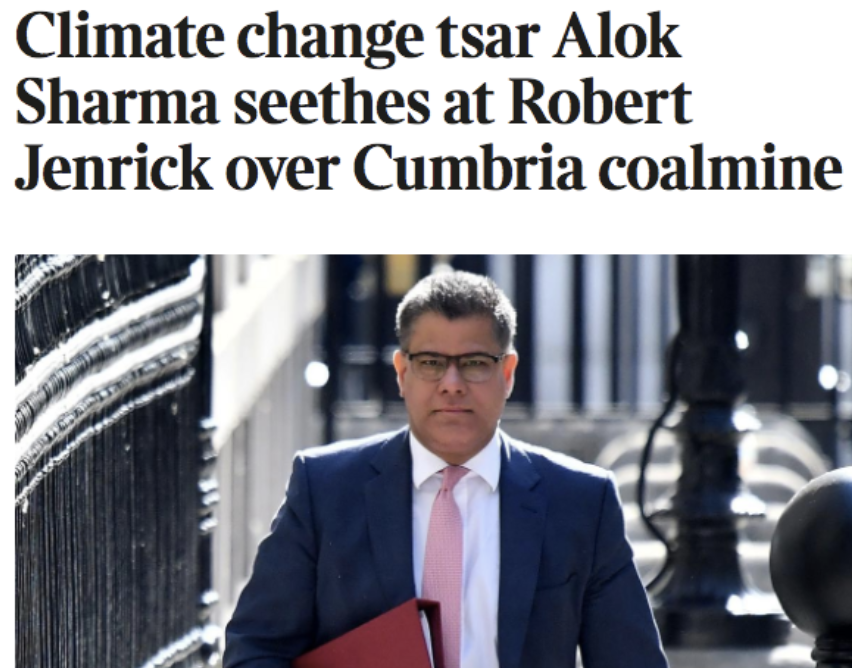 Alok Sharma, who quit as business secretary this month to devote himself full-time to the presidency of the COP26 summit, is said to be furious with Robert Jenrick, the communities secretary, for not stopping the mine in Cumbria.

On January 6, Jenrick formally refused to intervene in the £165m Whitehaven project to remove coking coal from beneath the Irish Sea for steel-making. Jenrick, 39, decided not to use his powers to call in the scheme, which would have given him the right to block it, instead telling councillors he was “content” for the decision to be made locally. A government source said Jenrick did not consult Sharma or other ministers on the plan, in line with planning guidance.

Work is likely to begin on the first deep coalmine for 30 years as the government tells other nations to slash carbon emissions. The Swedish climate activist Greta Thunberg, 18, said the approval of the mine showed that Britain’s commitment to go carbon neutral by 2050 “basically means nothing”.

The decision could complicate efforts to forge an alliance with Joe Biden’s White House, which has described international action on climate change as a key foreign policy goal.