As the astronomical cost of Net Zero becomes ever more evident and ordinary Britons begin to realise they can’t afford ‘green houses’ mandated by the Govt, public anger and political backlash are now inevitable. 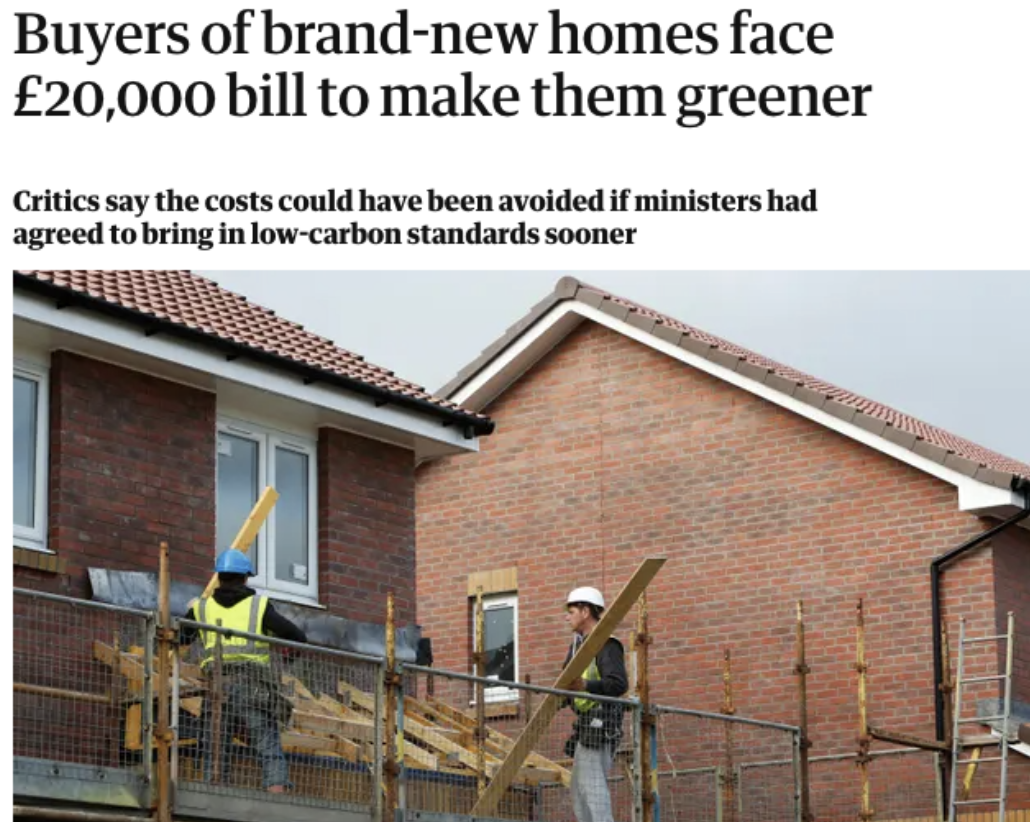 Buyers of brand-new homes face £20,000 bill to make them greener

Householders buying brand new homes in the next four years are likely to find an unpleasant surprise awaiting them in the future: homes built today will have to be retrofitted with energy efficiency measures and low-carbon technology, at an average cost of more than £20,000.

The extra costs will amount to more than £20bn for the whole of the UK, if the government’s targets of building 300,000 new homes a year are met. Critics say the costs could have been avoided if ministers had agreed to bring in low-carbon standards sooner.

The government this week set out proposals to change building regulations to reduce greenhouse gas emissions, but declined to bring forward its proposed future homes standard from the scheduled 2025 commencement date, disappointing advocates of greener homes.

Building a new house with high energy efficiency standards and a heat pump instead of a gas boiler costs about £4,800 more than building to current standards. However, building to current standards and then retrofitting the house with the same would cost an average of £26,300, or about £21,500 more than installing the technology in the first place, according to an analysis by the Labour party of data from the Committee on Climate Change (CCC)….

All UK homes will need to be brought up to high standards of efficiency and equipped with low-carbon heating in place of gas boilers if the government is to meet its target of net zero greenhouse gas emissions by 2050.