Pierre Heumann at Weltwoche has a feature story on renowned Israeli astrophysicist, Nir Shaviv, professor at the Racah Institute of Physics, Hebrew University of Jerusalem. 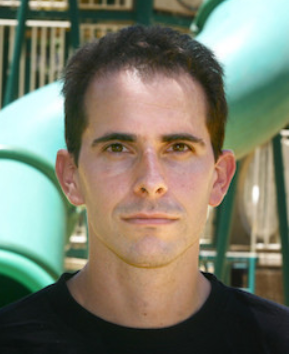 Over the years the extraordinarily talented astrophysicist has fallen out of favor among the academic world because he holds a very different view on what drives the earth’s climate. Weltwoche’s Heumann describes how “the academic world treats him like a leper with whom all contact should be avoided” and that his applications for publications or research funding have regularly receive rejections.

But the astrophysicist, accustomed to viewing things on very long-term timescales, is confident history will prove him correct, in large part because the science behind CO2 as a climate driver is so shoddy.

Earlier Bloomberg refused to publish an interview with Shaviv about the causes of climate change. Then Forbes magazine followed, caving in to political correctness, and removed its interview on climate change with the Israeli scientist from its site,

Shaviv already as a young teenager was a “highly gifted” academic.

“At the age of 13 he was already studying at the Technion in Haifa, one of the world’s leading technical universities, which is comparable to the Massachusetts Institute of Technology or ETH Zurich,” reports Heumann. His parents were environmentalists and lived in a solar home designed by his architect mother.

The academic political struggles for Shaviv, began when “He could prove that much of the global warming was not the result of civilization.”

In Shaviv’s view, man-made CO2 plays only a minor role in climate change and the majority of global warming is due to solar activity and so there is “no reason to panic.”

“Cosmic rays effect climate on time scales ranging from 100s of millions of years, to the 11-year solar cycle,” he writes at his site Science Bits.

“Al Gore is misleading,” he tells Weltwoche. “Most climate scientists don’t want to admit that the sun’s activities have a major impact on the climate.” The thrust is to pin the blame on CO2.

When it comes to the climate models, the mild mannered professor says it’s naïve to believe the climate is influenced by only one factor. The models ignore solar activity and use tricks to put the blame on CO2. “The climate models have not passed the reality test,” Shaviv told Weltwoche.

“Governments have invested billions of dollars, euros and formerly Deutschmarks in climate research over 40 years – and now they have no more clarity than when they started their research.” Shaviv says. He studies have shown that climate sensitivity is “at the lower end of the range, between 1.5 and two degrees.”

According to Shaviv, one only needs to look at the earth’s history to see that today’s climate change is not unusual. The IPCC even mentioned this in its first two reports. “But from 2001 onwards, this reference suddenly disappeared.”

The IPCC only wants to support support its pre-established narrative, says Shaviv. This means scientists with a different view are automatically shut out by the government-funded IPCC.

The University of Jerusalem professor also tells Weltwoche that he believes the warming “will be modest” and that he “doesn’t take the IPCC’s  latest warning of melting ice caps and rising sea levels seriously either.”

He believes society ought to move away from fossil fuels, but to do it rationally. He supports  nuclear energy: “It is cheap, clean and has a small ecological footprint.”

“The fact that he is in the minority with his climate opinion does not bother him scientifically.” reports Weltwoche. “Science is not a democracy: ‘Even if one hundred per cent of all scientists hold a certain thesis, one person who has good evidence for the counter-thesis can still be right.’”

Though the Weltwoche report is from October, 2019, it is as relevant as ever today. (What’s 15 months in terms of astrophysics?)

One thought on “Astrophysicist Nir Shaviv: “No Reason To Panic”…”Gore Is Misleading”…”Warming Not Due To Civilization””