There’s a very good article about the proposed Cumbria coal mine by Dominc Lawson today:

In it, Lawson refers to Andrew Marr’s interview with the idiot Ed Miliband yesterday: 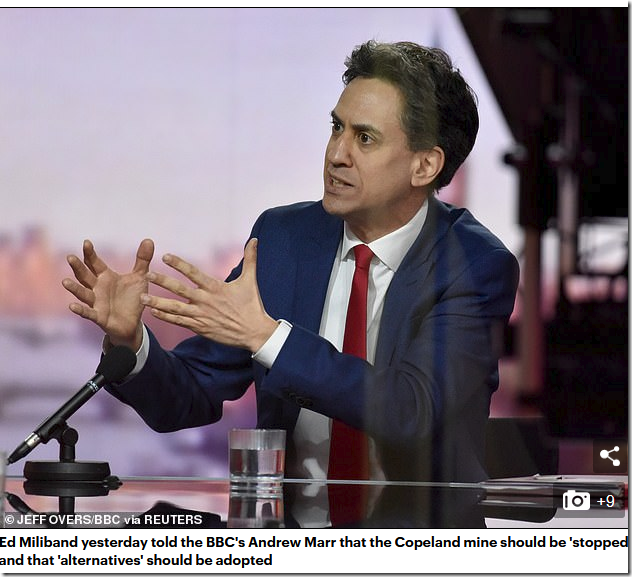 At one stage, Marr talks about the lost job opportunities, to which the man who brought you the Climate Change Act responds that “we’ve got to find alternatives”.

I found that segment utterly patronising. How dare he suggest local workers miss out on well paid, highly skilled jobs (and indeed job opportunities and training for youngsters), and instead have to rely on his generous munificence in finding them poorly paid, alternative work, probably miles away.

Miliband actually comes across as quite demented, arguing that we have to set an example for the rest of the world.

The problem is we have already been down that road. The main purpose of his 2008 Climate Change Act was to set an example for others to follow. Unfortunately the rest of the world totally ignored his “example”:

Around the world there are 201 coal power stations under construction, including 92 in China, 30 in India, 24 in Indonesia and 10 in Japan. On top of that another 345 plants are planned:

The idea that any of these power plants will be cancelled, just because we cancel the Cumbria mine, is absurd.

As I’ve commented before, you only have to listen to Ed Miliband to understand how Labour lost its working class base years ago.