James Delingpole: Green jobs collapse in Germany and go to China instead. What a surprise!

‘Green jobs’ in the German renewables sector have collapsed by 50 per cent in less than a decade. No prizes for guessing where they’ve gone instead – but here’s a clue: it begins with ‘C’ and ends with ‘-hina’. 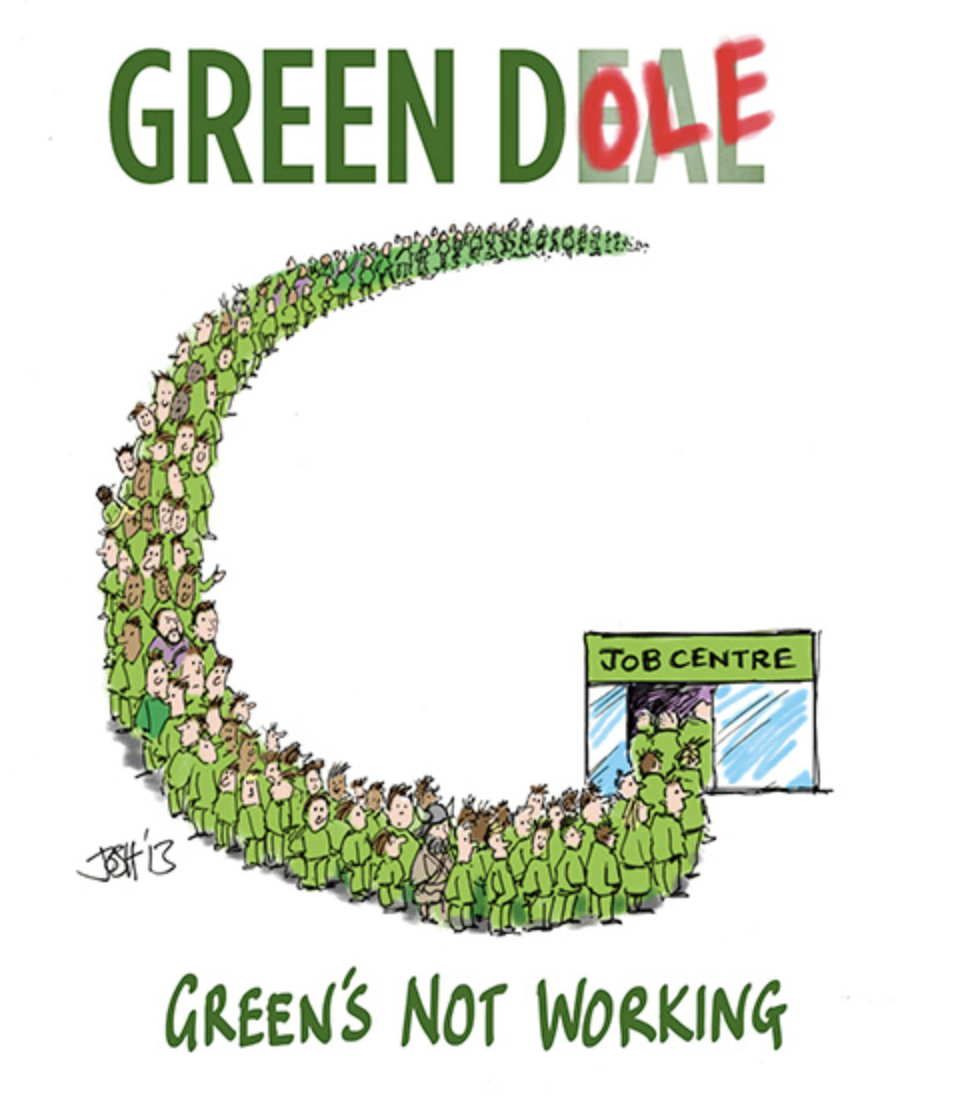 According to Clean Energy Wire in their report of the findings of Europe’s largest trade union confederation:

"The number of jobs in the German renewables sector (production and installation) has fallen from about 300,000 in 2011 to around 150,000 in 2018, the German Trade Union Association (DGB) found in an analysis of employment in the energy transition.

The drop in employment is mostly due to the collapse of Germany’s solar power industry over the past decade, as many companies were forced out of business thanks to cheaper competitors from China scooping up most of the market. The number of jobs in solar PV panel production and installation fell from a record 133,000 in 2011 to under 28,000 seven years later.

In the wind industry, the number of jobs dropped from its record of roughly 108,000 in 2016 to under 70,000 just two years later. “Employment with respect to construction renewable energy installations has been very dynamic in the last 20 years, both in a negative and in a positive way,” the DGB said, arguing that many more jobs could be created in the sector again."

There are two key points to be made here. First, China is not remotely interested in green issues — or ‘clean’ energy — except insofar as it enables it to gain a competitive advantage over the West while it continues full steam ahead with its fossil fuel-powered industries.

Second, the ‘green jobs’ promised by everyone from President Joe Biden to UK Prime Minister Boris Johnson as one of the benefits of their proposed Net Zero revolutions are a myth. Or, if you prefer, a blatant lie.

This was predicted in a Global Warming Policy Foundation report published ten years ago by Dr Gordon Hughes, Professor of Economics at the University of Edinburgh.

"For the longer term, there is little doubt that the primary beneficiary [of green energy policies] will be China. That is already apparent from the way the market is developing."

Renewable energy, he added, will always be a net jobs-killer because of its effects on the broader economy. By driving up the cost of energy — perhaps doubling it — and diverting capital spending from more efficient sectors of the economy, renewables destroy more jobs than they create.

"In terms of the labour market, the gains for a small number of actual or potential employees in businesses specialising in renewable energy has to be weighed against the dismal prospects for a much larger group of workers producing tradable goods in the rest of the manufacturing sector."

We can’t say we weren’t warned. Net Zero is a looming disaster and the politicians steering us towards it are doing so with their eyes wide open – and their tongues as forked as a snake’s.