The BBC have surpassed themselves with this latest mendacious video, purportedly showing how “climate disasters” are costing the US much more than they did in the past:

The theme of the video is that it is worth paying hundreds of billions a year to reduce emissions, because climate change is costing much more, as explained in the chart below:

However it is well established by economists that the rising cost of disasters has nothing to do with climate, but simply reflects increased wealth, population, infrastructure and property, particularly in areas like the Atlantic and Gulf  coasts, which are particularly exposed to hurricanes. In short, there is much more stuff to get damaged.

When damages are normalised to account for such changes, we find that the cost has actually been declining:

The video makes certain claims, which are simply untrue:

According to official NOAA data, the record hurricane year was 1886, which had seven landfalling hurricanes. Last year tied for second place with 1985, 2004 and 2005.

Moreover there is no evidence that the number of US hurricanes has increased in recent years. The average in the last ten years has been 1.8 a year, compared to the long term average of 2.2.

There was only one major hurricane in 2020, Laura, and there have only been four such hurricanes since 2005. There is no evidence whatsoever that climate change is making hurricanes worse.

Yale Climate Connections also show that tropical cyclone losses last year were not unusual in the US:

Again, this is simply not true. Wildfire acreage used to be much greater in the past: 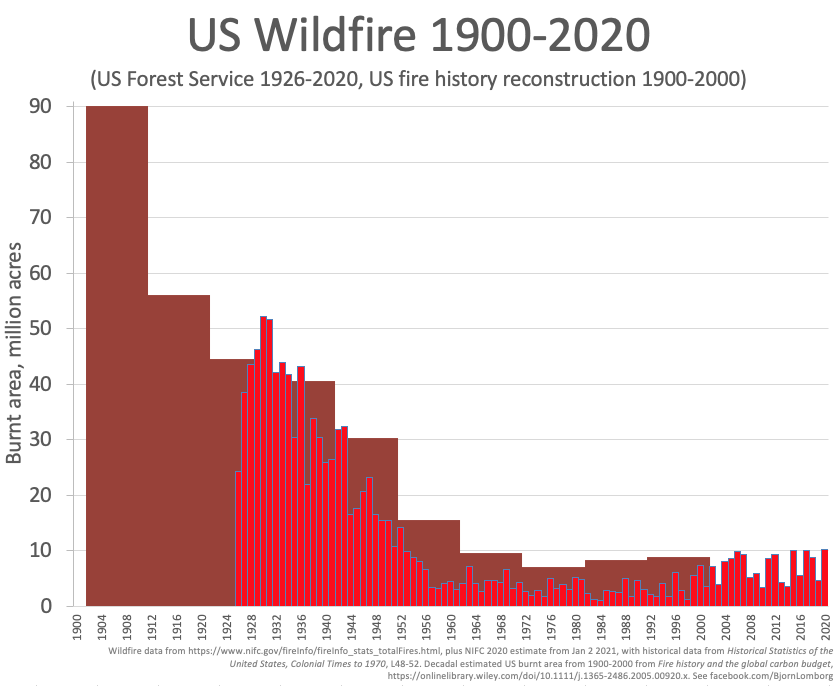 The number of tornadoes last year was well below average 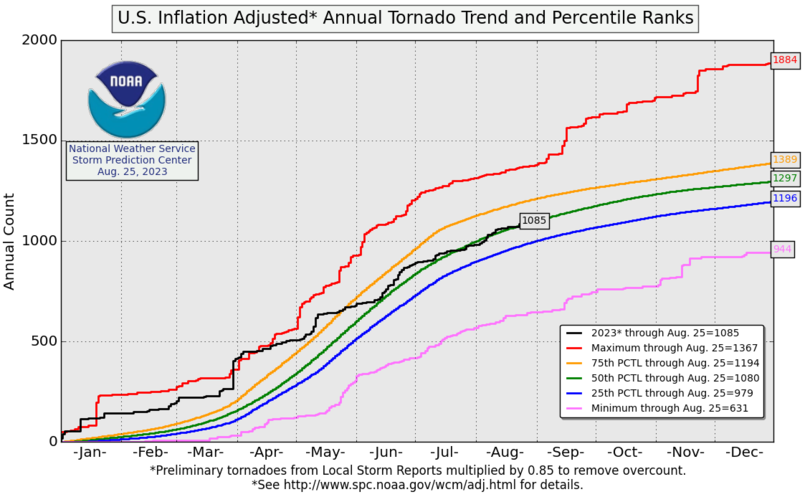 And strong tornadoes have declined markedly since the 1970s:

The BBC claims that “climate change” cost the US billions last year, and that if they spend trillions on climate action, they will be able to avoid losses in future.

In fact they have proved nothing of the sort – merely that weather disasters always cost a lot of money.