Like a runaway locomotive pulling only refrigerator cars, the cold air swept over the entire state. Moving from northwest to south, on February 12-14 (the dates varying with the progression of the cold front) Abilene dropped to -23; Denison reached -16; Fort Worth-Dallas saw -10 degrees, Waco -5, Austin -1 and San Antonio -4. (Children enjoyed skating on the frozen San Antonio River.) On the border at Laredo the mercury remained above zero, but only by 5 degrees. Corpus Christi dropped to 11 degrees, Brownsville experienced a 12 degree low and Galveston chilled to 8 degrees. Much of Galveston Bay froze, (as did part of Corpus Christi Bay to the south). 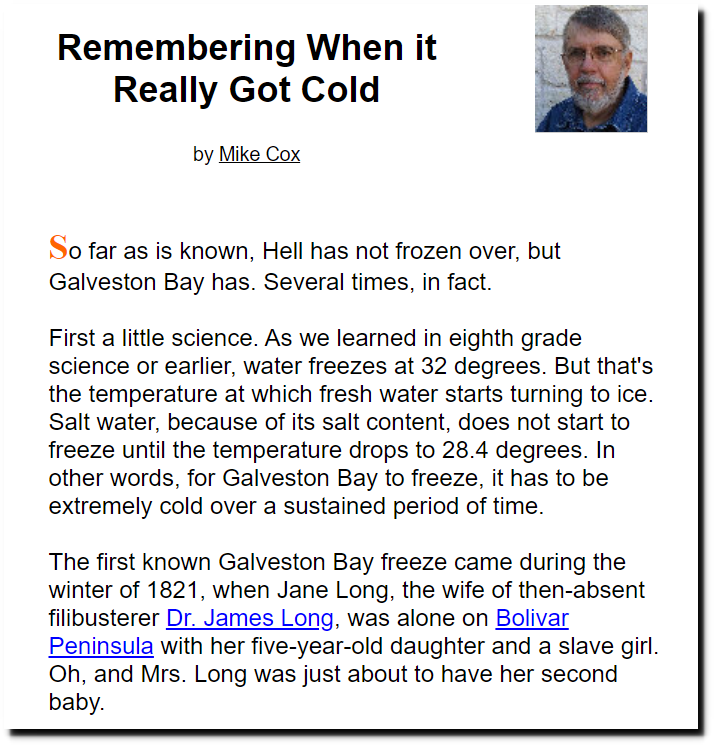 Remembering When it Really Got Cold. 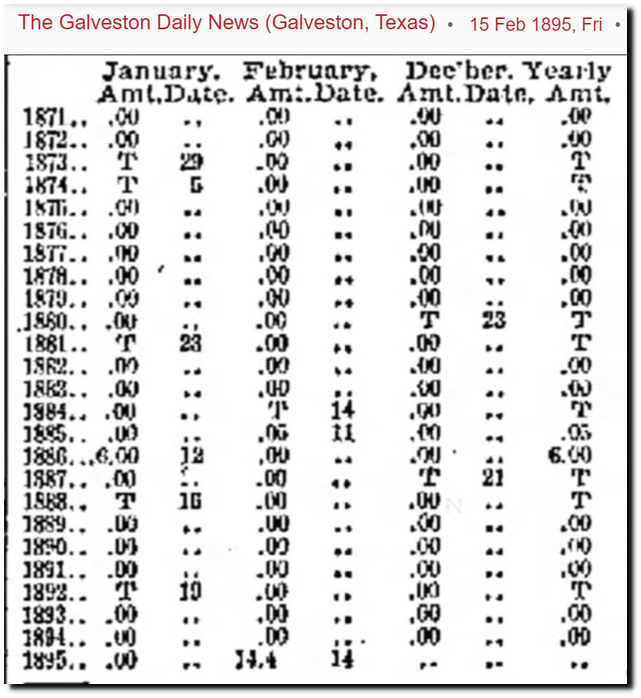 Five years later Galveston was destroyed by a hurricane, which was the deadliest natural disaster in US history. 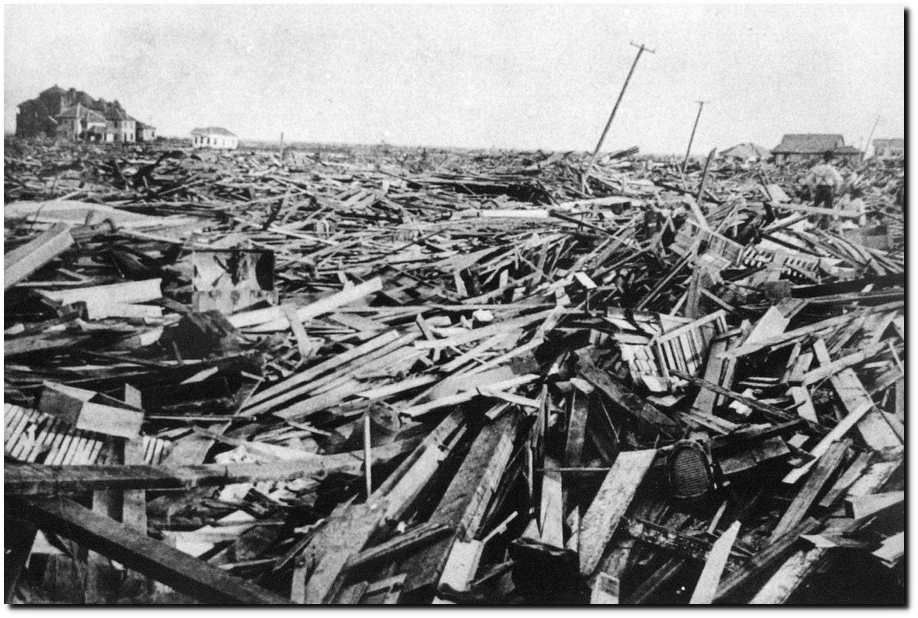 In 1915, Galveston was again devastated by a major hurricane. But now, “scientists explain” that snow in Galveston is evidence of “climate change.”

What’s the science behind the ‘totally topsy-turvy’ winter weather? – CSMonitor.com