BRITS were misled about the cost of the Government’s net zero carbon emissions target by 2050 after Whitehall officials played down the estimated £70billion annual hit.

In bombshell emails released after a two-year FOI battle, Treasury civil servants admitted to then-Chancellor Philip Hammond that the cost of going green would likely be £20billion a year more than the £50billion figure they were told to champion publicly.

Ex-PM Theresa May legally committed the UK to Net Zero by 2050 before Boris Johnson took over in 2019 – meaning any harmful gases and emissions will have be offset.

Internal government modelling from the Department for Business showed it would be 40 per cent higher – reaching £1.275trillion by 2050.

At the time, No10 played down an estimated one trillion pound total cost of switching to a totally carbon neutral economy by 2050 and dismissed the reports that it might mean public spending would have to be cut in other areas.

Andrew Montford, Deputy Director of the Global Warming Policy Foundation which pushed the FOIs, said last night: "This shows that despite being aware of a more credible higher estimate for the cost of net zero, ministers and officials chose to conceal vital information.

"We now need to see the methodology behind these estimates, so that Parliament can properly scrutinise the cost of decarbonisation policies.” 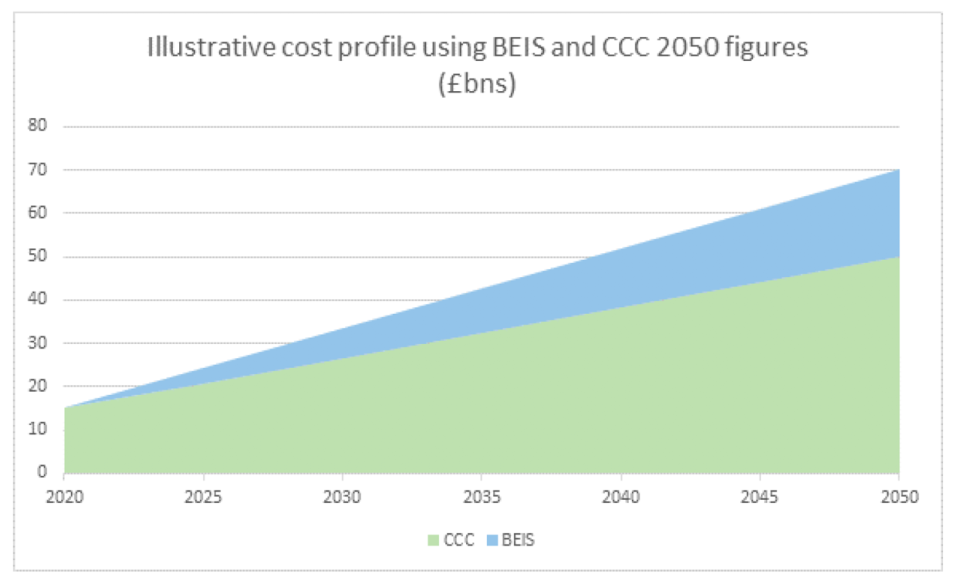 Graphs showing the difference between the two estimates were also released

Victoria Hewson, Head of Regulatory Affairs at the Institute of Economic Affairs, added: "To scrutinise new environmental regulations properly, Parliament and the public need access to all the relevant information.

"It is disappointing that the Government chose to withhold this crucial cost assessment for so long, and that the Treasury’s view seems to have been based on such vague projections."

Climate researchers argue that the true cost of climate change will cost even MORE in the long term if nothing is done now.

Then-PM Theresa May was keen to rush out the commitment to net zero before she left office in 2019.

But Mr Hammond was understood to be worried about the cost to the economy in the long run, and wanted to be honest with the public about the eye-watering costs.