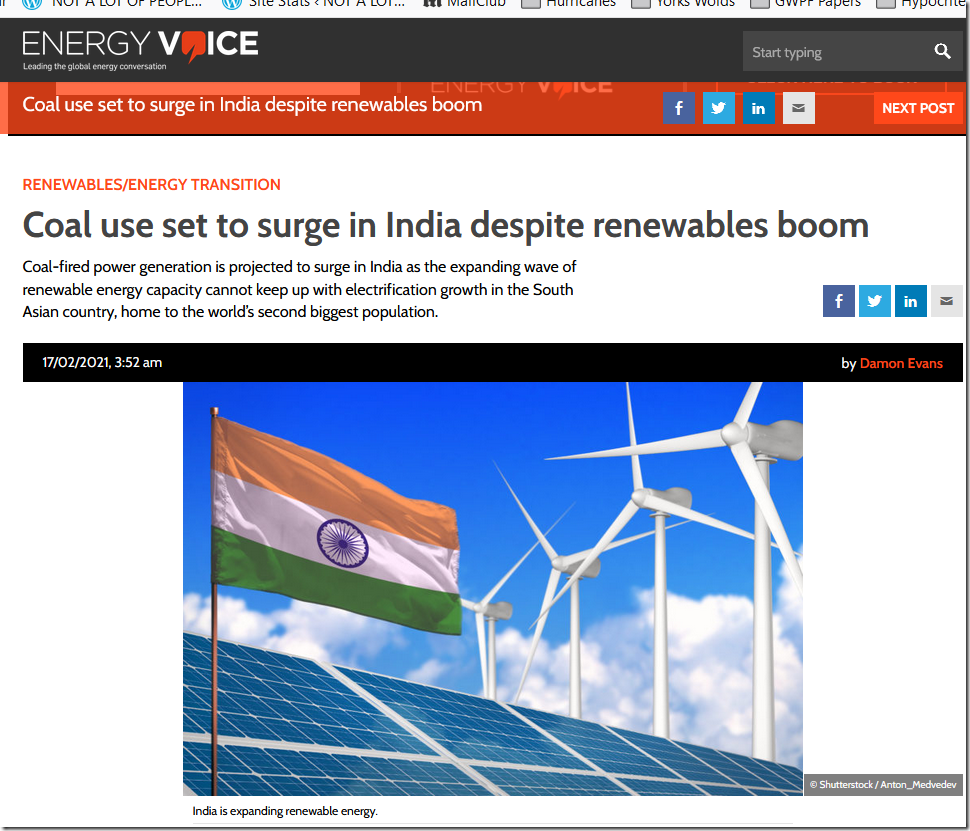 Coal-fired power generation is projected to surge in India as the expanding wave of renewable energy capacity cannot keep up with electrification growth in the South Asian country, home to the world’s second biggest population.

India’s coal-fired power generation fell to a five-year low of 1,064 terawatt-hours (TWh) in 2020 due to the Covid-19-induced slowdown. However, this was only a dip, as coal still makes up a gigantic 70% of the country’s total electricity production. Significantly, coal-fired power is set to come back with a vengeance, expanding by 43% to 1,523 TWh in 2037, when Rystad Energy expects coal power to finally peak.

Still, the surge in coal consumption is not unexpected. India’s power generation is set to grow exponentially to 3,565 TWh by 2037, more than double the level in 2020. Electricity production will already exceed 2,000 TWh from 2025 and is set to break the 3,000 TWh ceiling from 2034, as a result of an electrification boost and rapid economic expansion, the latest research from Rystad shows.

In fact, Rystad Energy expects India’s electricity generation to increase with an average yearly growth rate of 4.2%, effectively tripling its current level over the next 30 years.