Yesterday, the Washington Post announced the demise of winter.

“If you’ve noticed summers getting hotter and longer, you’re not alone: Climate scientists have had their eyes on an uncomfortable warming trend for decades.” Today they announced all time record snowfall here in Cheyenne.

Snowstorm hits Colorado and Wyoming; blizzard warnings in some areas – The Washington Post

As of 5 a.m. Monday, Cheyenne, Wyo., had received 30.8 inches of snow in the storm, with drifts as high as four feet. The snowfall topped the city’s previous record of 25.2 inches for any two-day period and 25.6 inches for any three-day period, both set in November 1979. There is heavy snow forecast for Virginia this week. The National Climate Assessment shows that summers are much cooler now than they were 80 years ago, so it isn’t clear which climate scientists the Washington Post was referring to.

Summer afternoon temperatures and the frequency of hot days have decline din the US over the past century. September temperatures have cooled in the US. In the Washington DC area, summer afternoon temperatures have declined over the past century.

The number of hot days peaked in 1930, and have declined sharply since then. 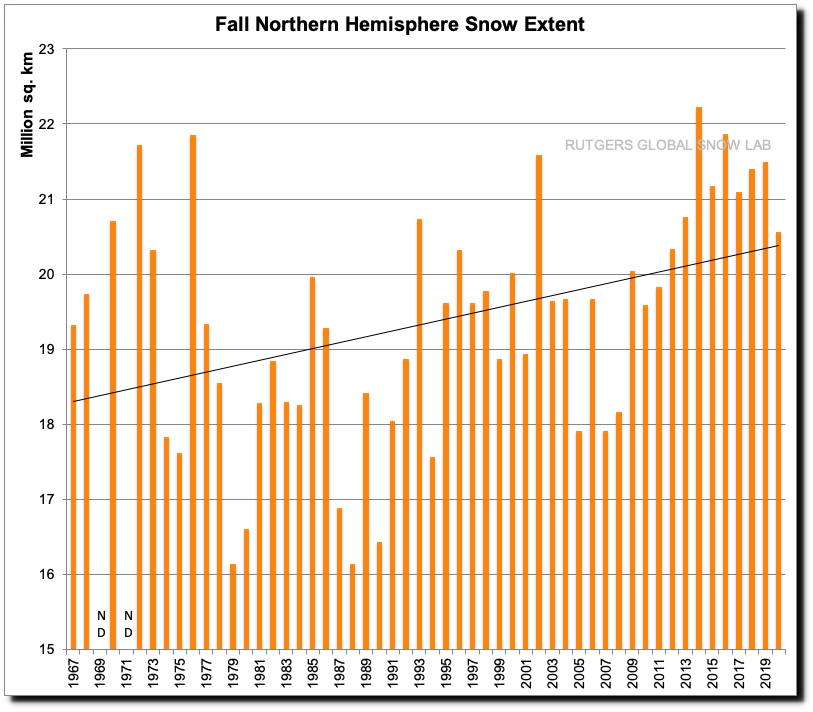 Could cherry blossoms one day be blooming in winter? – The Washington Post

There has been no trend in bloom dates for DC cherry blossoms. The US just had its coldest February in more than 30 years. U.S. had its coldest February in more than 30 years | National Oceanic and Atmospheric Administration

February afternoon temperatures peaked in 1954 and have been declining in the US for a century. I took this picture on frozen Chesapeake Bay on March 7, 2015. Washington DC climate expert Andy Weiss (who used to regularly comment on this blog before he passed away two years ago) said this was probably the first time that happened in March since the 17th century. The following year brought the largest snowfall on record to Baltimore. 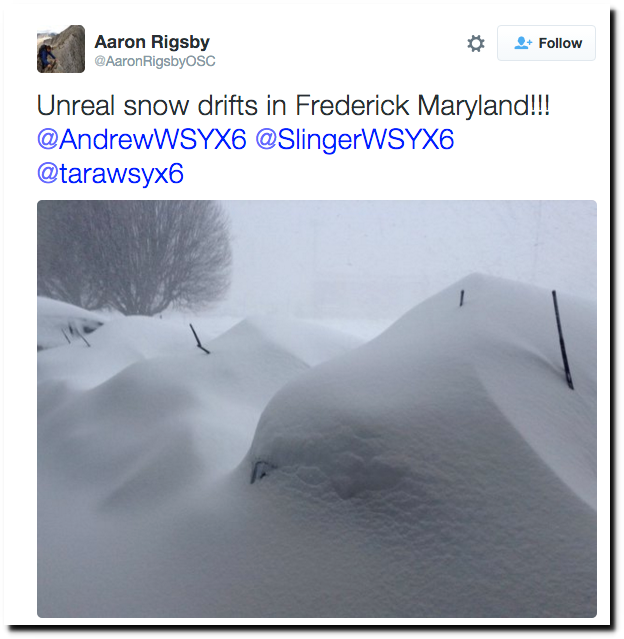 Blizzard of 2016 Biggest Snow Ever in Baltimore!

New York had their coldest Valentines Day on record in 2016.

The coldest holiday season on record in the Northeastern US occurred in 2017-2018. I took this picture at the US Capitol building on January 8, 2018. It had gotten down to 1F (-17C) the night before. 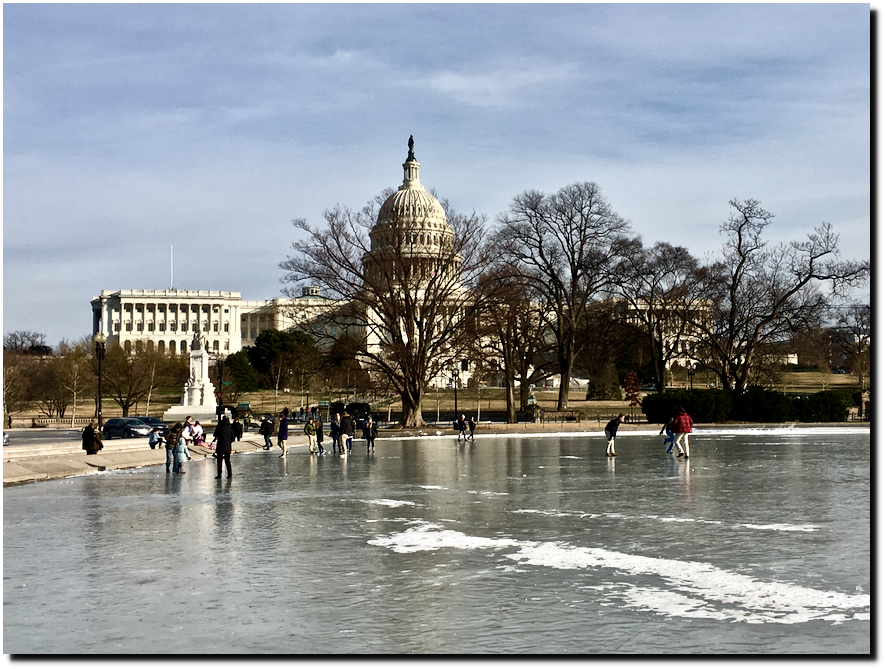 I spent the spring of 2018 in Philadelphia, and it was the coldest and snowiest February/March on record. This was Philadelphia on March 21, 2018. This was Will Happer and myself in front of Albert Einstein’s house in Princeton on March 22, 2018. He was pushed out of the Trump White House by staffers – for providing factual information about climate. The Washington Post appears to have no interest in factual reporting.  All they need is one corrupt or incompetent academic to push their agenda, and sometimes they don’t even require that.