The Constitution Depends On Which Party Is In The White House

“the president does not have power under the Constitution to unilaterally authorize a military attack in a situation that does not involve stopping an actual or imminent threat to the nation.” 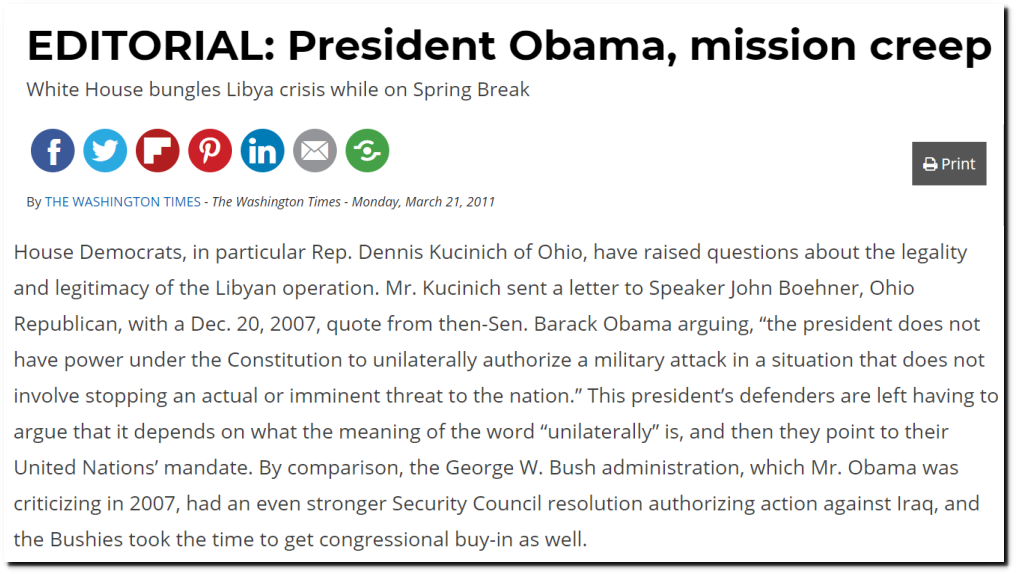 “That’s the good thing about being president, I can do whatever I want.”